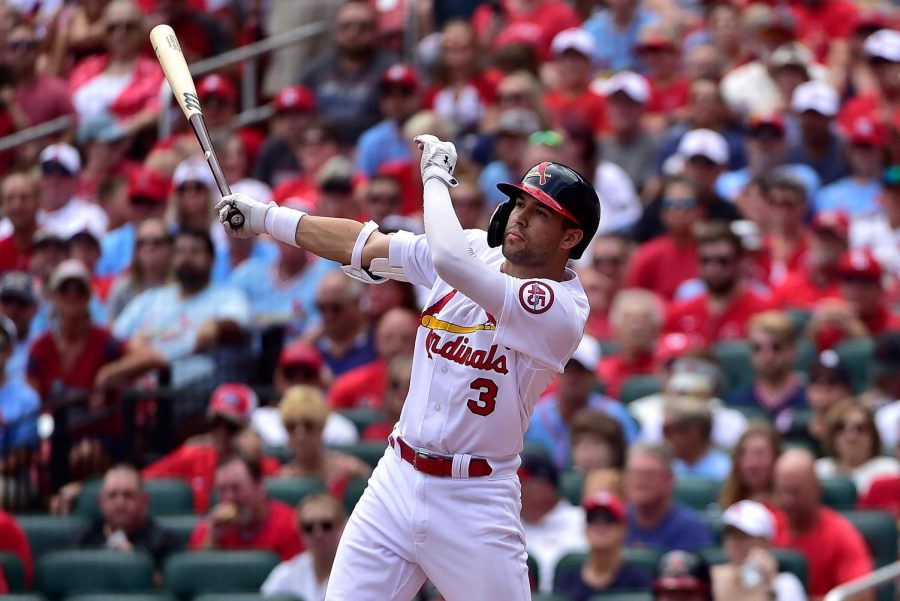 In the midst of one of the franchise’s best September comebacks in years, a rookie outfielder is emerging.

That’s Dylan Carlson, the former top prospect of the St. Louis Cardinals’ farm system who is now enjoying his first full season in the big leagues as a starting rightfielder. Along with Tyler O’Neill and Harrison Bader, Carlson has formed a low-cost resurgence in the outfield for the Cards, a place that has haunted them for quite some time.

Whether it was young guns like Stephen Piscotty or Randal Grichuk, or a free agent acquisition such as Dexter Fowler, the Cardinals have tried to fill that right field spot for several seasons. Grichuk’s inability to put it together for a couple seasons led to him being traded to Toronto, while Piscotty’s more personal struggles (his mom was battling ALS in Oakland) made that trade easier to make. Fowler enjoyed one solid season before underperformance and injury plagued his next few seasons, ending with a trade to the Los Angeles Angels that was more of a salary dump.

It’s also hard to avoid acknowledging the unfortunate passing of Oscar Taveras, who was lined up in a similar spot as Carlson–the prospect that would help reshape the entire lineup and look of the team. When he tragically died in a car accident seven years ago, John Mozeliak’s plan was thrown off course. Coupled with the loss of Jason Heyward (thank goodness!) and the Fowler reaction acquisition, things weren’t looking so good.

Enter Carlson. While it’s important to remind yourself that he’s only 22 years old (his birthday would be right around the end of the NLCS), it’s hard to ignore what he has done so early in his career. 2021 has been a quiet-yet-potent breakout year for the switch-hitting 2016 first round draft pick.

He’s exceeded the 1.4 fWAR preseason Fangraphs projections, producing a 1.7 WAR with a couple weeks still to go in the season. Along with the .258/.336/.417 slash, Carlson has collected 29 doubles, 15 home runs, and eight outfield assists. He’s added three triples and played all over the outfield, showing a versatility that has aided the team during Injured List stints. No one will be comparing Carlson’s dominance to the breakout of his slightly-older teammate, O’Neill.

But keep in mind during Friday’s game with the San Diego Padres, Carlson set the tone for the series with a two-homer evening at the plate–including a grand slam late that sealed the win. What helped make it more impressive was that September hadn’t been too kind to the kid. After a thrilling August where his OPS was .884, Carlson’s OPS this month was crawling at a .744 pace before Friday’s game started. Two homers and 5 runs-batted-in later, he left the game with a .758 OPS in September.

This is the spot where I remind Cards fans he is just 22 years old, with plenty of gallop left in those legs. While others are getting later starts (like his muscle-bound outfield cohort), Carlson isn’t wasting any time letting pitchers and managers know he is going to be a problem for a long time. The promise shown in his game overall this year makes you worry less about the eye-raising strikeout total of 141.

Don’t sleep on his defense either. Whether it’s a leaping catch at the wall to rob Fernando Tatis Jr. of an extra-base hit in Sunday’s game or throwing a Padres runner out at the plate in a crucial spot, Carlson is a plus-player in the outfield. He saved the Cards three runs in right field this season, along with five assists at one of the toughest positions in the game (just ask Nelson Cruz).

Carlson has also shown a rugged durability in his first full season, playing in 136 games, and adding 47 extra-base-hits and 52 walks. In a year where a lot of players couldn’t stay healthy, the rookie did and should collect a few Rookie of the Year votes later this fall season, hopefully after he puts together a fine postseason.

He’s the type of player who can be the difference-maker when the other team lays their focus on Paul Goldschmidt, Nolan Arenado, and O’Neill. It’s players like Carlson who should surprise and emerge even more if St. Louis holds on and gets into a wildcard playoff matchup with the Los Angeles Dodgers. Maybe, Carlson will be the one causing Clayton Kershaw to rest his hands on his knees during a game-changing moment between the two teams next month.

If 2021 taught us anything about Carlson, it’s that the hype on this kid is real. He’s not going to be throwing the Cardinals on his shoulders anytime soon, but he’s making waves early on in what should be a long career under the lights. He’s a farm crop that is already paying dividends in year No. 2.