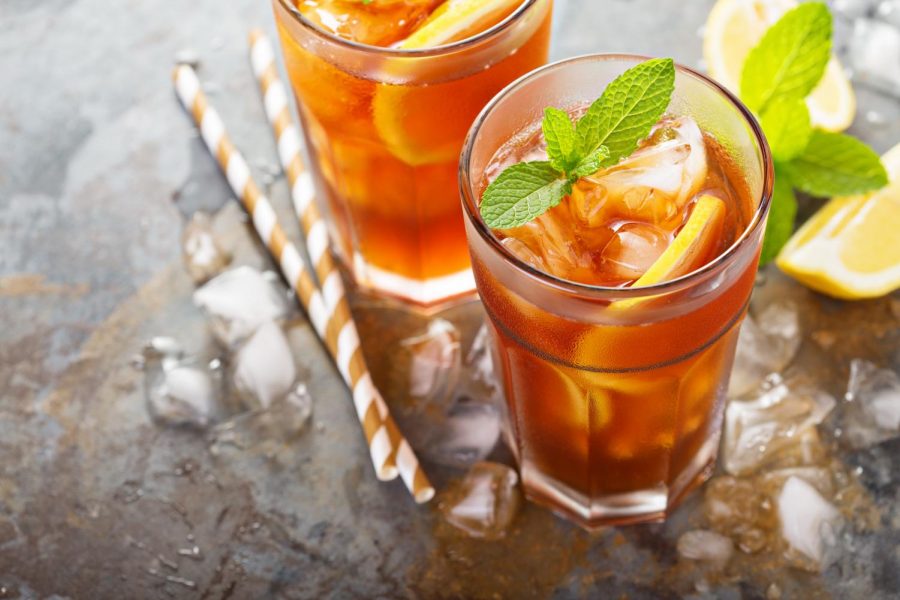 Don’t get me wrong, I love what I do for a living and have for more than 40 years. But when I think about where else my talents lie — what else I’d be really good at — it comes down to two things: Coming up with catchy names for nail polish colors and deciding “national days” for each day of the year.

Take the month of June, for example. Did you know that according to National Today (nationaltoday.com), which lists national days for every day of the week and then some, there are 184 of these special days in June alone? You read that right, 184. May has the most, with 224.

So yesterday, June 9, was not only my Cousin Jeffrey’s birthday (he’s 57, by the way), it was also National Duck Day and International Dark and Stormy Day, to honor a “potent highball created in an accidental collaborative effort by a family of Bermudian rum makers and some seasick sailors.” Honest, I am not making this up.

As it turns out today, June 10, only one “national holiday” is on tap: National Iced Tea Day. To capitalize on this monumental occasion, the folks at some marketing outfit in North Carolina sent along a press release with fun facts such as:

Americans gulp down more than two-and-half billion gallons of prepared tea a year.
80% of the tea sold in the United States is iced tea.
Sweet tea is even more popular than coffee, according to Tastewise, which identifies and tracks food trends.
Some of the oldest recipes for sweet tea can be found in Southern cookbooks dating back to 1878.

As I perused the press release, I started thinking about Jewish connections to iced tea. Growing up, it was the drink my mother served at many family events. And here’s the thing, Mom wouldn’t steep the tea in hot water first to make the drink from scratch, thus enabling her to continue the very Jewish practice of leaving used tea bags air drying on the kitchen counter. Instead, she would shovel a few tablespoons of unsweetened Lipton’s into a pitcher, add tap water and then spike the mixture with massive amounts of Sweet’N Low.

Herein lies another Jewish tie-in: Sweet’N Low was created by a Jewish father-and-son team in 1957. More than 500 billion packets have been produced to date. And yet, near as I can tell, there is no Sweet’N Low National Holiday.

Another Jewish and St. Louis connection to iced tea: The Republic of Tea was bought by Pam and Ron Rubin, longtime members of Congregation Shaare Emeth, 18 months after the company was founded in 1992, and now their son, Todd, is its Minister of Evolution – CEO and president in more traditional terms. As The Republic of Tea website explains, its employees are known as ministers, its brick-and-mortar retail outlets are known as embassies and the customers are known as citizens. Ron Rubin remains involved as the Minister of Tea and executive chairman while Pam is the Minister of Indulgence.

And while the company headquarters are in the San Francisco Bay area, its E-commerce is based in St. Louis and the production and shipping department is in southern Illinois, according to the website.

In addition, Ron and Pam Rubin started the Rubin Israel Experience, which allows for Jewish St. Louisans ages 35-50 who have never traveled to Israel to do so with their peers at no cost. Pam and Ron Rubin live most of the year in St. Louis and spend the summer and fall months in the Bay area.

Interestingly, the Rubins aren’t the only Jewish family reading the tea leaves. Snapple, which makes iced tea and juice drinks, was co-founded in 1972 by the late Arnold Greenberg who grew up in Brooklyn, N.Y. He and my dear late mother, the poster child for leaving used tea bags on a counter to air dry, were born the same year and attended the same high school – Samuel L. Tilden.

So today, regardless of whether you prefer yours sweet or unsweetened, green or black, with or without lemon, let’s lift a frosty glass and say l’chaim to National Iced Tea Day.  Then I’ll get to work on National Sweet’N Low Day.