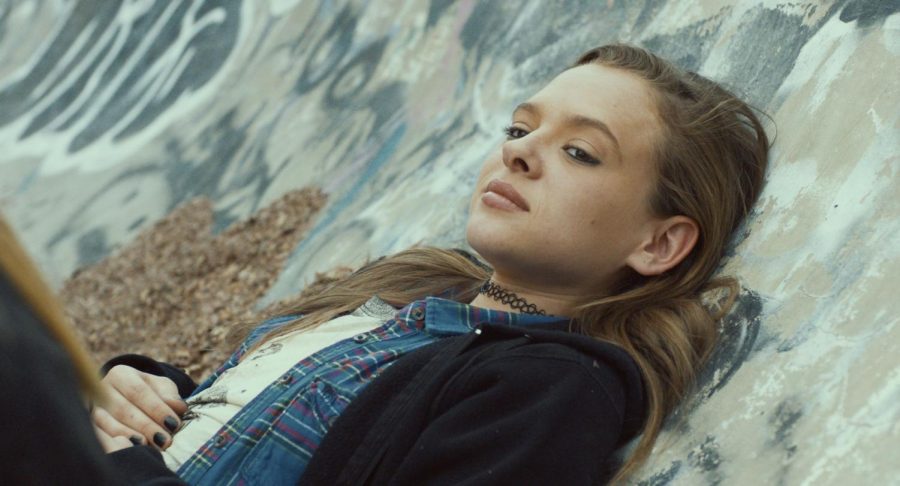 Good news for Shira Haas fans. Her award-winning movie Asia will finally be released in theaters nationwide on June 25th, according to the film’s distributor Menemsha Films. St. Louis filmgoers should be able to see the movie here sometime in July.

The long awaited Israeli movie won three awards at the 2020 Tribeca Film Festival, including Best Actress for Haas and the Nora Ephron Award.

In celebration of the news, Haas spoke on YouTube about her thoughts on the characters when first reading the script.

The Movie
Early on in Pribar’s film, “Asia,” a mother tells her daughter that the only good thing she ever got from a man was her.

From the onset of this earnest yet honest film, we can see that Asia (Alena Yiv) and Vika (Haas) are a unit bound by birth yet estranged from each other emotionally. Due to Asia having her at a young age, the two women feel more like roommates than mother and daughter, the symptom of long hours at the hospital for Asia and rebellious behavior from Vika.

When the latter’s health starts to deteriorate rapidly, eliminating motor skills and all normal fun teenage activities such as drinking and partying, the two finally begin to understand each other and bond.

If there’s one thing I can tell you about Pribar’s (who also wrote the screenplay) film, it’s that no punches are pulled. There is no overly cutesy tiptoeing around the blunt force of a dire medical condition thrown between two people who barely know each other, and you won’t find melodrama lurking around the corner of the third act. It’s impassioned in all the right ways, putting on display humility and honesty before sappy shortcuts.

The acting is terrific, especially from Haas, whom Jewish entertainment fans will know from her work on the popular television series’, “Shtisel” and “Unorthodox.” She has the trickier role, playing someone who isn’t going to have a normal teenage experience, much less a real shot at an adult one. Haas does more with her eyes here than anything else, giving us small amounts of heartbreak over the 85-minute run time that starts to resemble a shot clock as the film turns the final corner.

Yiv puts in fine work as well. Asia finds herself at the crossroads of single womanhood and caretaking 24/7, with her work as a nurse seemingly being endless and her personal choices being faulty. Instead of emoting or shouting, Yiv often just lets the camera zoom in on her tired eyes and bruised spirit. She wants to be a good mom, but finds time is either running out or playing tricks on her.

“Asia” was a big winner at Israel’s Ophir Awards last year, and it’s easy to see why. Pribar’s film, like Nir Bergman’s “Here We Are,” doesn’t rely on cliches and genre tropes to get its message across, instead placing the audience right up in the lives of Asia and Vika, two women desperately trying to find a middle ground between old age and gone too soon.

I can’t speak enough of the work of Haas here. She illuminates a mysterious struggle (we are never told exactly what her medical condition is) with grace and tenderness, something that often gets left behind in this kind of story.

Any film that can be hopeful and honest at once deserves a round of applause. Just wait for the final scene. It’s heart-wrenching and will shatter you to pieces.