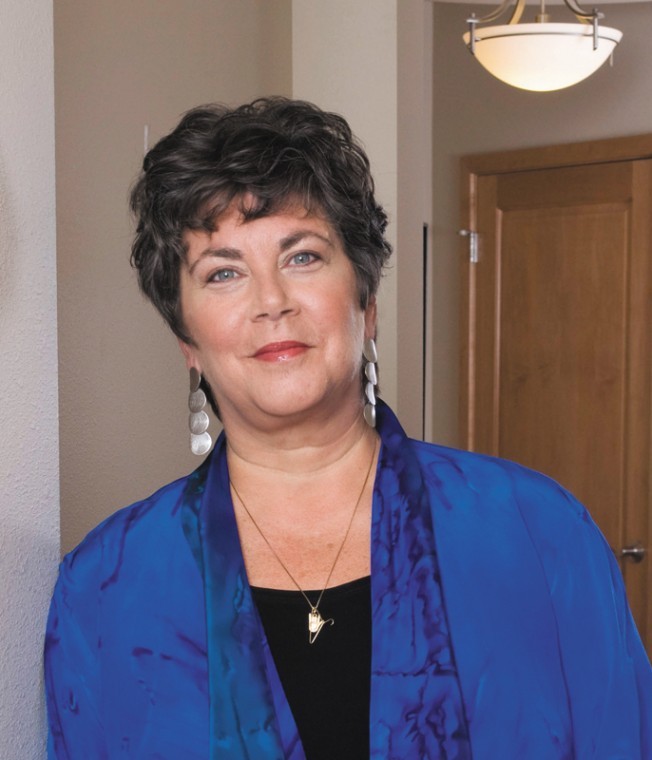 In a sense, Hannah Rosenthal is guaranteed job security as long as she stays at her post in the U.S. State Department.

Rosenthal, 60, is U.S. special envoy to monitor and combat anti-Semitism, a position she’s held since 2010. And, as history has shown, anti-Semitism is a constant. It never goes away, though its incidences can rise and fall.

The difference today is that the American government has a specific official, with a small staff, who tracks incidents of anti-Semitism around the world. Rosenthal, the child of Holocaust survivors, is directed by law to report her findings to the president and the Congress.

Congress created the office of special envoy when it passed The Global Anti-Semitism Review Act in 2004, a year after U.S. forces invaded Iraq and two years after they toppled the Taliban regime in Afghanistan in reaction to the terrorist attacks of Sept. 11, 2001.

These days, Rosenthal said, incidents of anti-Semitism keep her quite busy, visiting one country after another in Europe and the Middle East, in particular.

“Any time hostilities rise, incidents of anti-Semitism spike,” she said. Simply put, Rosenthal’s job is to find and report examples of anti-Semitism abroad in the media, in statements by officials and private citizens, and in actions against symbols of the Jewish faith or people, and then call them out.

“I go to them, look them in the eye and shame them,” Rosenthal said in a recent phone interview. Other times, she said, she meets with editorial boards and goes over the heads of government officials by appealing directly to journalists, editors and publishers.

The former executive director of the Chicago Foundation for Women, Rosenthal will speak at 7:30 p.m. Tuesday, Oct. 4, in Clayton as part of the Millstone Institute’s Women’s Leadership Initiative series.

Anti-Semitism can take one or more of several forms, she said. For instance, in some Muslim schools in the United Kingdom students are asked to “list ways in which Jews are treacherous.”

Then there are the familiar accusations of a worldwide Jewish conspiracy and the charge of blood libel, as well as assaults on synagogues and other distinctly Jewish institutions. These can take the form of defacing synagogue walls and defamation of Jewish buildings and symbols.

“There is Holocaust denial, as well as glorification of the Holocaust, and relativism, where Holocaust stories are conflated with other terrible chapters in history,” Rosenthal said.

She said she went to Srebenica in the former Yugoslavia, where a massacre of more than 8,000 men and boys occurred in 1995 during the Bosnia war, to pay tribute to that large-scale slaughter. The Srebenica massacre of Muslims is believed to be the largest such genocidal crime in Europe since the Holocaust during World War II.

“What happened in each area is different,” she said. “They had very different outcomes.”

Many countries in Europe, Rosenthal said, are experiencing a resurgence of nationalism, which can cause a rise in ethic persecution. Some of that is directed against Israel and would even fall in the category of anti-Semitism.

Even more apparent, Rosenthal said, is the sharp rise in anti-Muslim statements and actions in some parts of Europe.

“Jews remain despised by some people, but it’s even more so for the Muslims” who live and work in many European countries, she said.

“As Europeans are trying to deal with Muslims, they also bring up old hatreds,” she said. “It’s also fashionable to hate Jews.”

“I spend a great deal of my time calling out what I call Islamophobia,” she added.

So what can Rosenthal do when she learns of an anti-Semitic act in foreign country?

One example she gave was during a visit to Saudi Arabia, which she visited on her diplomatic passport. She was speaking with a group of professors.

At one point, she said she stated that “The Protocol of the Elders of Zion” was a forgery created in czarist Russia.

“One professor said, ‘Wait. Did I hear you correctly? Did you say ‘The Protocols of the Elders of Zion’ is a forgery?'” she said. “Yes. They were stunned to learn this.”

On another occasion, Rosenthal said she invited eight Muslim imams to go with her to visit former Holocaust death camps at Dachau and Auschwitz. Two were Holocaust deniers, and all the imams had been chosen for this trip by various Muslim communities.

“It was a difficult thing to arrange,” she said, adding that the trip with the imams “was a pretty excruciating five days.”

Yet the whole idea of Rosenthal’s work is to inform people who genuinely may not know the history of the Jewish people and to make them aware of such traumatic catastrophes as the Holocaust.

“One imam was from Turkey,” she said. “His eyes were open to the deficiencies in his learning and his bad education. All of them were taught from ‘The Protocols of the Elders of Zion’ as a textbook.”

How can she – or the president or Congress – evaluate the work she and her staff do?

“Our success will be measured by people who are not Jewish combating anti-Semitism,” she said.

Rosenthal will speak at 7:30 p.m. Tuesday, Oct. 4, in Clayton as part of the Millstone Institute’s Women’s Leadership Initiative series. The cost is $18 and includes a dessert reception with Rosenthal. For details and to register online go to www.jewishinstlouis.org/millstone or contact Karen Sher at [email protected] or 314-442-3824.