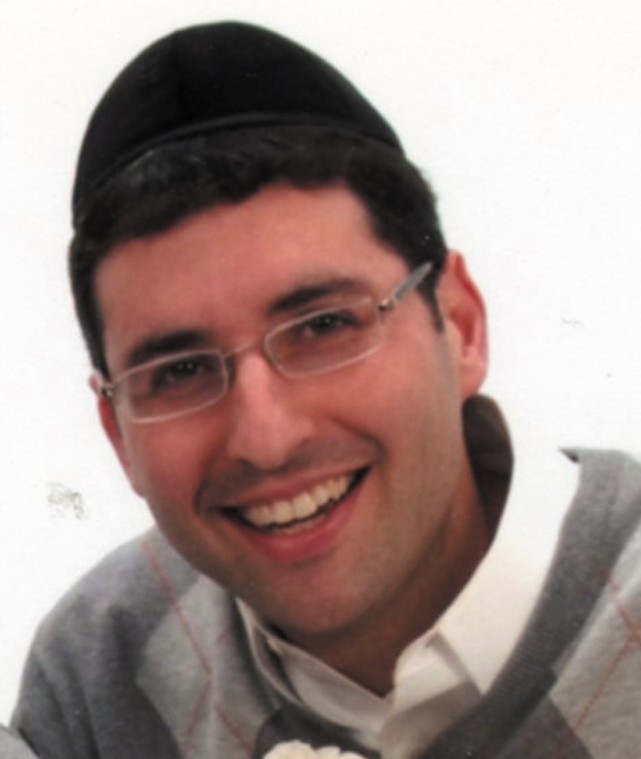 A rabbi from the St. Louis Kollel has been tapped to lead congregants at U. City Shul (Beth Hamedrosh Hagodol Sha’arei Chesed) as the High Holidays approach.

Rabbi Menachem Tendler, 28, assumed his duties earlier this month to replace Rabbi Elazar Grunberger who made aliyah to Israel this week after accepting a senior leadership position with Aish HaTorah in Jerusalem.

“He’s wonderful. We’re very excited and privileged to have someone with his background, his enthusiasm, his scholarship and his desire to really build the shul,” said David Rich, the synagogue’s president. “The shul has traditionally been an outreach shul and he has tremendous outreach and in-reach abilities to serve the families.”

Grunberger helped create the institution, which he led from its inception in 1996 as Sha’arei Chesed Shul. The synagogue gained its present name five years ago after a merger with Beth Hamedrosh Hagodol.

This is the first congregational posting for Tendler, a Baltimore native who began his rabbinic education in New Jersey and was eventually ordained in Jerusalem. He originally came to Missouri last summer to work at the St. Louis Kollel, which was looking to attract younger families with more classes.

Just as with the kollel, younger families are a major focus at the congregation as well.

Board member Todd Rush said he felt that Tendler would bring the institution to the next level helping both to grow the synagogue and to grow individuals in their Jewish learning.

“He’s a go-getter. We think that he’s going to bring more people into the shul,” he said. “He’s good working with kids. My son learned with him last year and really enjoyed the way he taught.”

“I observed him when he came a couple of times earlier this summer,” said the University City resident. “He’s very warm and it looks to me like he connects very well with all the congregants.”

Linda Markowitz, who worked with Tendler as an administrative assistant at the Kollel, was effusive with praise.

“When he walks in, the room gets a little brighter. He’s very personable, very positive, very upbeat,” she said.

Tendler said he believes his role will be one of promoting Jewish learning at an outreach congregation and expanding programming to be even more inclusive of men, women, children and younger families.

“The reason we came here in the first place was to help strengthen the community, offer classes and make people more knowledgeable about Torah for whoever is interested,” he said of he and his family. “I felt that this was a way to do that.”

Three candidates were considered for the position, which is part time.

“I’m not taking over his role totally,” Tendler said of Grunberger. “I’m just taking over one aspect of the shul, being the religious leader and giving guidance and leadership in that area. But there have really been many different people who have stepped up and taken charge in a lot of other areas he ran such as building maintenance and budgeting.”

Tendler, who said he has signed a one-year contract with the shul, feels optimistic about the chance to head a congregation.

“If I thought it wasn’t an opportunity to keep moving forward, to keep up and add classes and spread knowledge, I wouldn’t have taken on the responsibility,” he said. “We’re moving forward in the right direction. There’s a need and there’s a thirst and we just want to be there to help.”

That help will also be offered in a revamped setting. Before Grunberger’s departure, the outgoing rabbi helped see through the completion of a nearly $100,000 renovation that saw fresh paint, seating, lighting and a new partition in the sanctuary, which features a mosaic of Jerusalem. The facility’s facelift was spearheaded by architect Derek Laurer and interior designer Jacqueline Winkler.

“The U.City Shul’s mission is to be an outreach synagogue so that people from all backgrounds will have a place to call home,” Grunberger said. “Therefore, it needs to be a warm and inviting atmosphere.”

Grunberger also had kind words regarding his successor whom he called a “dynamo.” The rabbi said he was the one who brought Tendler to the board’s attention.

“He’s got a love of life,” Grunberger said. “It’s infectious. He’s a first-rate scholar and at the same time he’s very down-to-earth.”

Tendler said there is a rabbinic tradition in his family. His father is also a rabbi.

“It’s something that’s in my blood. My parents never pushed me to be a rabbi but that might be why I’m actually doing it,” he laughed.

Tendler resides in University City with his wife Zelda and four children.