The surprising history of Bar/Bat Mitzvah and Confirmation

The bar mitzvah (and even more so the bat mitzvah) is a relatively new phenomena. 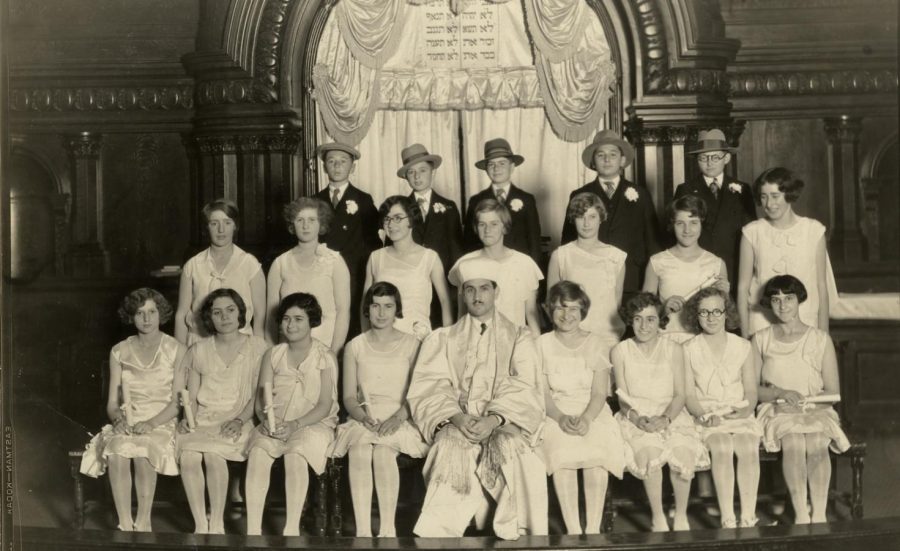 While arguably one of the best-known lifecycle events in the American Jewish community today, the bar mitzvah (and even more so the bat mitzvah) is a relatively new phenomenon.
Bar Mitzvah, from the Rabbinic Era to the Middle Ages
Although the Talmud uses the term bar mitzvah to signify a boy’s coming of age, the only ritual accompanying it at the time was a blessing pronounced by the father thanking God for ending his responsibility for his son’s observance of the mitzvot (commandments). Yet the Talmudic understanding of maturity points more to a child’s new intellectual and moral capabilities than to his new ritual responsibilities. In fact, even young boys were permitted to perform many public mitzvot such as being called up to the Torah for an aliyah (reciting the blessings on the Torah) or wearing tefillin (phylacteries) as soon as they were capable of performing them with understanding.

Only later, in the Middle Ages, when minors were generally not permitted to perform these mitzvot, did it make sense to celebrate their first public observance. By the 14th century, sources mention a boy being called up to the Torah for the first time on the Sabbath coinciding with or following his 13th birthday. By the 17th century, boys were also reading Torah and delivering talks, often on Talmudic learning, at an afternoon seudat mitzvah (ritual meal). Today the speech, usually a commentary on the weekly Torah portion, generally takes place during the morning service.
Reform’s Switch to — and from — Confirmation
The ritual focus of the bar mitzvah was a source of discomfort to religious reformers in 19th-century Europe. They promoted an additional ceremony (influenced by the Christian catechism) called confirmation, which focused on knowledge of the principles of the Jewish faith. Although first conceived for boys only, girls were included after about the first decade. Rabbi Isaac Mayer Wise, a leader of Reform Judaism in America, introduced confirmation in the United States in 1846 in Albany, New York.

Originally linked to home and school, the ceremony quickly moved to the synagogue and found a home in the holiday of Shavuot, which celebrates the giving of the Torah.  Shavout worked well, due both to its timing at the end of the secular school year and its thematic connection with the Torah, the story of the Jewish people, and its relationship with God. To distinguish confirmation from bar mitzvah, its supporters emphasized its focus on doctrine rather than ritual, its coeducational scope, and its occurrence at age 16 or 17 (serving, thereby, to prolong the child’s Jewish education).

Although the popularity of bar mitzvah may have waned in liberal circles during the heyday of confirmation, it has enjoyed a rebirth in recent decades. At the same time, bat mitzvah has developed as a ritual alternative for girls in the Conservative and Reform movements.

The Evolution of the Bat Mitzvah
Although many associate the first bat mitzvah ceremony with the 1922 ceremony of Judith Kaplan, daughter of Reconstructionist movement founder Rabbi Mordecai Kaplan, there is evidence of earlier synagogue celebrations in Italy, France, and Poland. Even Kaplan’s ceremony was a pale version of what was to come. Judith chanted the blessings over the Torah and then read a passage in Hebrew from a printed Bible, yet the innovative spark of her bat mitzvah was its focus on the ritual involvement and coming of age of one girl. Whereas many early bat mitzvahs, and even some today, took place at a Friday night service, during which the girl chanted the next morning’s haftarah (the weekly prophetic portion), today bar and bat mitzvahs are virtually identical to one another in most liberal synagogues.

Among traditional Jews, bat mitzvah has been slower to develop as a ritual observance, although the coming-of-age aspect often has been affirmed by a small party or festive meal at the girl’s home. More recently, in liberal Orthodox environments, as the Jewish education of girls has become nearly identical to that of boys, girls have begun to observe the occasion by giving talks from the pulpit after the service, either on the Torah portion or on some aspect of women’s ritual involvement.

Another influence on the development of bat mitzvah within Orthodoxy is the women’s prayer group, where women lead services (amended to leave out prayers requiring the presence of 10 men, a minyan) and read Torah and haftarah. These services offer role models for women’s ritual involvement as well as a venue for bat mitzvahs where girls can have an “aliyah” (with amended blessings), read Torah, and even lead services.
Adult Bar/Bat Mitzvahs
As early as the 1950s, there were intimations that men who had not had a bar mitzvah during adolescence felt Jewishly incomplete. In 1971, the first “belated” bar mitzvah was held and soon, as part of the movement for gender equality in Judaism, women also began participating in this new ceremony of adult identity affirmation. Either individually or in groups, men and women studied for a period of time and then ceremonially reaffirmed their connections with Judaism at a morning service. Synagogues began to institute more formal programs of study that enabled not only women, but also men and converts, to study Jewish history, text, liturgy, and ritual, and to learn to read Hebrew and chant from the Torah and haftarah.