The legend of Sol Star and the Jewish cemetery he’s not buried in, in Deadwood, South Dakota 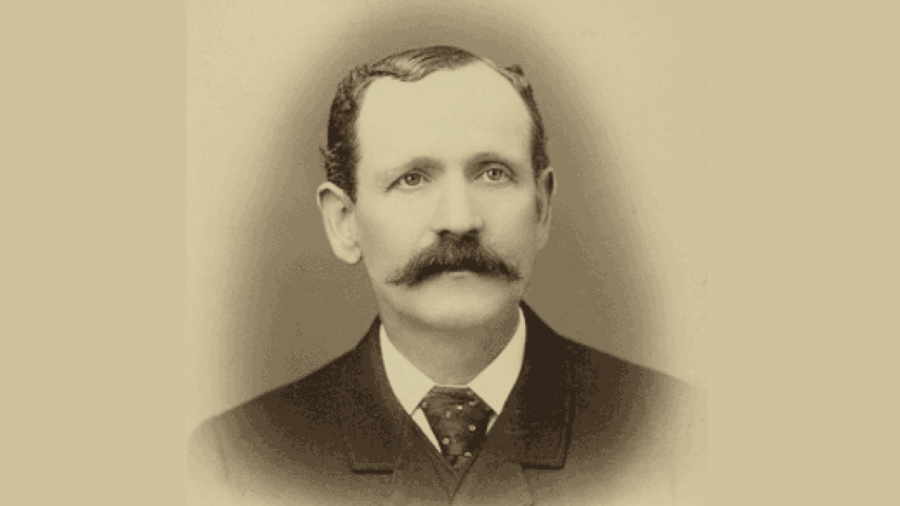 Here is why we’re telling you this story. One of the men who helped tame the wild west was Jewish, and his story ends right here in St. Louis.

Sol Star was a German-born entrepreneur, businessman, hotel owner, and mayor of the town of Deadwood, South Dakota. You may recall the name “Deadwood,” as a TV series, which ran 2004-2006 on HBO. Although I had not watched the show, you can bet I will now.

Deadwood established a firm place for itself in the public’s imagination as the prototypical Wild West town in 1876 when gunfighter Wild Bill Hickok was himself shot dead at the Saloon No. 10 in Deadwood in 1876 by Jack McCall, during a poker game. The saloon owner stated that Hickok was holding a pair of aces and a pair of eights, all cards black, which has since been known as a dead man’s hand.

After gold was found, the town grew from a mining camp of prospectors to include all the tradesmen and merchants one would expect such a community to require. Among them were many Jews, including Sol Star.

Solomon Star was born in Bavaria on December 20, 1840, to Marcus and Minnie Friedlander Star.  At the age of 10, he was sent to live with his Uncle Joseph Friedlander, an Ohio garment merchant, where he worked in his uncle’s business and went to school until 1857. He then went to work as a clerk in a general store. When the Civil War broke out he went to Missouri, where he again worked in the retail business.

While in Missouri, he was appointed by President Grant to be Receiver of the Land Office at Helena, Montana. It was here, in 1872, that Star met Seth Bullock and the two started up not only a hardware store but a lifetime friendship. Star also distinguished himself in public service as a territorial auditor and personal secretary to the governor.

With the discovery of gold, Star and Bullock saw an irresistible opportunity. They soon loaded up their goods in wagons lead by ox teams and started across Sioux territory to Deadwood.

Star and Seth Bullock, opened a hardware store (Star & Bullock Hardware, Queensware and Tin Ware), dealt in real estate and livestock, and established a flour mill and Deadwood’s first hotel, the Bullock Hotel, which functions to this day. Star also organized the first fire department and was first postmaster, active in political and civic affairs from Deadwood’s earliest days. Deadwood’s mayor for at least 3 terms, and Republican representative to the state legislature in Pierre, Star served his community long and well.

In 1896 the Hebrew Cemetery Association bought land on Deadwood’s Mt. Moriah, which was more of a hill that overlooked Deadwood. The section came to be known as “Hebrew Hill.”

Some of western South Dakota’s foremost pioneering citizens are buried here.  To this day, Mt. Moriah cemetery is open to the public and a walk through the Jewish section reveals an occasional grave marker bearing a small stone, evidence of a Jewish visitor who paid their quiet respects. Some of the tombstones are beautifully engraved both in Hebrew and English, some too eroded to read, but each telling a story of a Jewish person who left their footprint in a remote wilderness.

But one gravesite you will not find is that of Sol Star.

Star died in Deadwood in 1917 and had his funeral there. His funeral was reportedly the largest and most extravagant ever held in Deadwood. But his family back home in Missouri decided to have him buried in St. Louis, Missouri, rather than in the town he helped build. Sol Star was laid to rest in New Mount Sinai Cemetery.