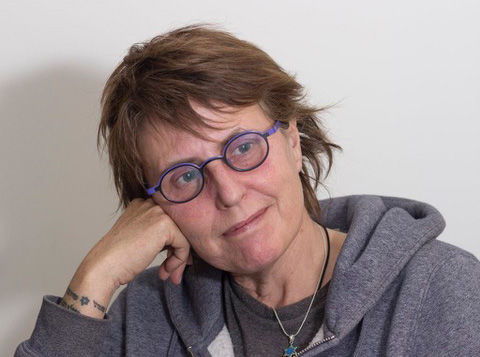 Kay Wilson used to lead tours around Israel but now travels around the world to tell her own story.

She does so despite having to wear earplugs when she is in loud places to avoid triggering symptoms of post-traumatic stress disorder and needing to rest for a few weeks when she comes back to Israel after a speaking tour.

She said she is trying to stop the “rewarding of terrorism” and “counter the incitement” among some Palestinians that led to her nearly being murdered in a stabbing attack in a forest outside Jerusalem.

Wilson, who lives outside of Jerusalem, will visit St. Louis on Nov. 17 for a screening of a documentary, “Black Forest,” about the attack and a question-and-answer session sponsored by St. Louis Friends of Israel.

Wilson was walking with her friend Kristine Luken in December 2010 when two men, who turned out to be from a West Bank village near Hebron, approached and asked them in Hebrew if they had water, Wilson told the Jerusalem Post. Wilson responded in Hebrew; she thinks they were trying to determine if she was Jewish.

The men then attacked them with knives, killing Luken, who was not Jewish, and stabbing Wilson 12 times, leaving her with a 7-centimeter scar across her sternum. Both men, who were part of a terror cell, were sentenced to life in prison.

After recovering, Wilson, who immigrated to Israel from London in 1991, became involved with Palestinian Media Watch, a nonprofit that monitors Arab media for what it describes as hate incitement against Jews and Israel. Through the organization, Wilson, 55, meets with officials of governments that provide financial aid to the Palestinian Authority and lobbies them on the money the PA gives to Palestinian prisoners or dead assailants — and their families — who have committed violent acts against Israelis. The practice has been described as “pay for slay.”

“What I am trying to do is to get these people to hold the Palestinian Authority accountable for the money; it can’t be that they just receive billions and squander it on salaries for terrorists,” Wilson said.

The PA’s commissioner of prisoner affairs said in 2018 of efforts to stop the practice, “What they don’t know is that no  Palestinian is willing to abandon our martyrs and prisoners — people who have sacrificed for our national struggle. This is our national duty and we will not abandon it. So the government will continue to pay these stipends to the families, even if we are in financial crisis.”

Wilson and a Palestinian friend also started an organization, The Yellow Brick Road, that operates an afterschool program in a United Nations Relief and Works Agency Palestinian refugee camp in the West Bank. Activities include art, music, computers, cooking and sports, and all are led in English.

Wilson said her motivation for the program is that when she was on her back for nearly three years recovering, “nobody held me in perpetual victimhood.” But she said the PA engages in that and incitement to violence. Palestinian Media Watch reported in 2017 that “The Best Home,” a children’s program on the official PA television station features children reciting poems such as:

“As we expelled them from Gaza and Sderot

As we slaughtered them in your

For you, Yasser Arafat, for you we shall die…

Tomorrow we will take our vengeance, and their leader will be carried in a coffin

We, Fatah [the biggest faction of the Palestine Liberation Organization], are a storm, and our blood is food for the revolution…”

Wilson’s mission with the Yellow Brick Road is to teach children to take responsibility for themselves and “to have this empathy, that they are not the only ones who live in this world, that life is not always about them, then my hope is that they will not only start to see people they don’t know as fellow human beings but that that will extend to the Jewish people too,” she said.

As to her own wellbeing, Wilson participated in the documentary, which included returning to the site where she was attacked alongside the Israeli police officers who investigated the crime, because she said she was able “to see them relaxed, and we [could] laugh around a little bit and relate normally —that was very, very healing, to a degree.”

Correction: An earlier version of this story incorrectly stated who reported on the children’s poem on “The Best Home.”