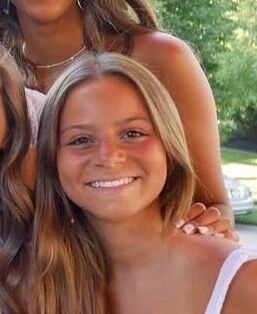 As St. Louisans deal with a swelling in the number of local coronavirus cases and wait to see if they will be filling backpacks and heading to school or simply opening their laptops on the kitchen table, local Jews offered a range of responses — from nervousness to excitement — when asked what was on their minds just weeks away from the start of the 2020-21 academic year.

The Jewish Light spoke with parents, students, a pediatrician and a rabbi about the coming school year. Here is some of what they had to say:

Kylie Jansen has already seen how different it is to be a child and teenager during the coronavirus pandemic. She is in her fifth year as a counselor at Camp Ramot Amoona, the day camp at Congregation B’nai Amoona, and is working with incoming third graders.

“It’s been really different than normal because we have all been social distancing — to the best of our ability — with the kids. We have to wear a mask all the time unless we are eating. We can’t pass other groups in the hall. We have to only walk (in) one direction sometimes, and to get to other parts of the building, we sometimes have to walk around outside,” said Jansen, 17, an incoming senior at Lafayette High School.

Still, Jansen, a member of United Hebrew Congregation, said her campers “are still really having a good time.”

Jansen is now preparing to switch from giving instructions to receiving them. She hopes that happens inside her high school in Wildwood.

“I honestly want to go back to school five days (a week) because I just want to have a normal senior year, but I realize how it’s going to be pretty hard because of COVID,” she said.

On whether fellow students are taking the pandemic seriously and wearing masks, Jansen said, “I know some people that are but others that aren’t.”

Lauren Sagel, a parent of children at John Burroughs School and a member of Central Reform Congregation, said she understands that it’s difficult for adults and teens “who have been cooped up for four months” but said she is “concerned that we are just not taking it very seriously as a community. People don’t want to hold their kids back, and I completely understand that because it’s terrible that these kids have to deal with this, but on the other hand, it’s just not being safe.”

For Jansen, a normal senior year would include playing her last season of field hockey and going to watch football games and other fall sports. But she predicts that she might not be back at school until second semester.

“I feel like with Rockwood [School District], I have a lot of kids in all my classes, and they won’t be able to” keep people six feet apart. “I just feel like there are going to be so many people in the hallway if we all go back like normal, and it won’t be safe,” she said. Still, “I am really excited for my senior year, but I am just kind of bummed about everything that is going on because it’s going to take a toll on my senior year, but that’s not really the most important thing that is going on.”

Noah Kleinlehrer said it was “definitely a shock” when a couple weeks ago he received an email from administrators at Mary Institute and Saint Louis Country Day School informing students that they would be reopening the building for classes at the start of the school year.

“I really didn’t see it coming that we would be going back full time,” said Kleinlehrer, an incoming junior and the son of Rabbi Elizabeth Hersh of Temple Emanuel. “Every student that I have talked to is really excited to see their friends — even if it’s socially distanced and wearing masks — but … that aside, I think that people should be worried about how this may go.”

Kleinleher said that fortunately none of his friends had been directly affected by the virus, but “I have seen the change with my mom having to deal with outreach to people who have suffered and known people who have come down with this horrible, horrible virus. It’s definitely become part of our picture as teens. We have seen the world around us change so quickly.”

Anna Poger and her son Adam are among those for whom the pandemic is especially scary because they both have compromised immune systems. Spending much of their time in Creve Coeur, the two have helped David Poger, husband and father, as he has pivoted his promotional business to start selling masks, hand sanitizer, gloves and other personal protective equipment.

“It’s been very hard because we are both very social and extroverted to not be able to be with people,” said Poger, a member of Congregation Shaare Emeth. Working for David “is fulfilling a need for me because I love reaching out and helping people.”

But she is concerned what the academic year will be like for Adam, an incoming senior at Ladue Horton Watkins High School.

“I am kind of freaked out because my son is in all these [Advanced Placement] classes, and he has great teachers, and if we stay safe, we have to go online, which means we get a random teacher,” Poger said. “It’s going to be so haphazard that I almost feel like I need to send him to school in order for him to get the education that he has been getting and is used to.”

Dr. Joel Koenig has been practicing pediatric medicine for three decades. After months of having a largely deserted office, he recently saw a spike in the number of patients coming in with COVID-like symptoms. Fortunately, none of them had to be admitted to the hospital; children are at low risk of becoming severely sick with the virus.

Still, Koenig is worried what will happen come September.

“September is when we start to see a rise in rhinovirus, in other coronavirus strains; we might even have influenza already. So we are going to have a lot of viruses and there are going to be a large number of people who are sick and they don’t know if its COVID or not, and that’s going to cause a lot of anxiety,” said Koenig, who works at Missouri Baptist Medical Center.

He also worries about what will happen at schools, especially among high school students, who “are not known for their ability to abide by rules in the first place, so I’m worried that if the schools aren’t really able to find a good way of keeping the kids distanced, we are going to see not just kids getting sick but the teachers,” he said.

As to what he would recommend, Koenig said, “You know how they say, ‘All politics is local.’ Well, same with schools. I don’t think that one recommendation is going to fit all schools, so let’s say you have a very small school, probably private, it’s going to be easier for them to figure out how to have classes and maintain precautions. If you have a school that has about 800 kids under one roof, I just can’t imagine it’s even possible.”

Rabbi Michael Rovinsky, who directs Jewish Student Union of St. Louis, a teen youth group, is ready to adapt based on what school districts decide.

“They really want us there, but the policies may not allow it, so maybe we will set up a JSU tent on the school parking lot. We are consulting our colleagues around the country who are in similar situations and we are all trading different ideas,” he said.

They are also launching a program through which people can email with a need and teen JSU volunteers will then complete the task. That could mean weeding a garden for someone who is unable to do so.

Rovinsky explained, “We are trying to find things to keep teens busy, safely.”