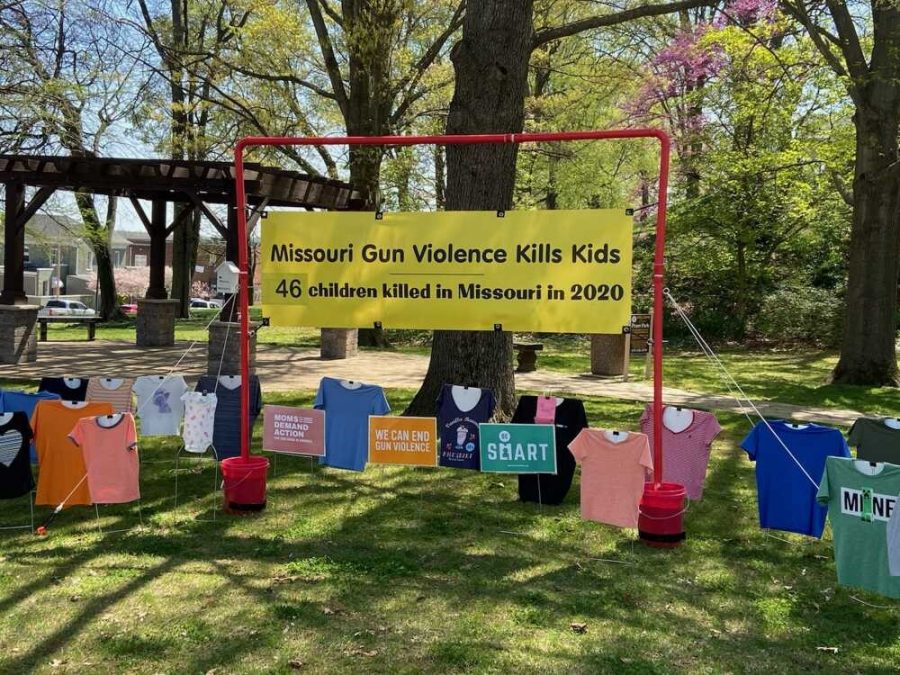 A traveling outdoor exhibit, conceived and created in the state of Missouri and focused on the number of child firearm homicides in our state, comes to two St. Louis area synagogues in June.

Jean Knapp, a volunteer with the Missouri Chapter of Moms Demand Action for Gun Sense in America, a national organization focused on gun safety and gun violence prevention, conceived and created the exhibit. She was motivated by the COVID-19 pandemic.

“I was inspired to create the exhibit out of frustration with not being able to table, give presentations, or attend meetings with our partners due to the restrictions of the pandemic,” Knapp said in a statement. “In addition, I was concerned that the effect of gun violence on our children was getting lost in the media blitz about the pandemic.”

The exhibit, which is meant to be viewed by those driving and walking by the various sites where it will be shown, consists of a banner commemorating the 46 children, ages 17 and under, killed by gun homicide in Missouri in 2020. Surrounding the banner are T-shirts for each child killed. The T-shirts not only represent each child, but each corresponds to the age of the child killed.

Not included in the exhibit are children killed by guns in Missouri due to suicide or unintentional shootings.

“I decided not to include these children in the exhibit because that would make the number of T shirts too high to be able to transport them easily across the state” said Knapp. Firearm deaths of all kinds are the leading cause of deaths among children and teens in Missouri.