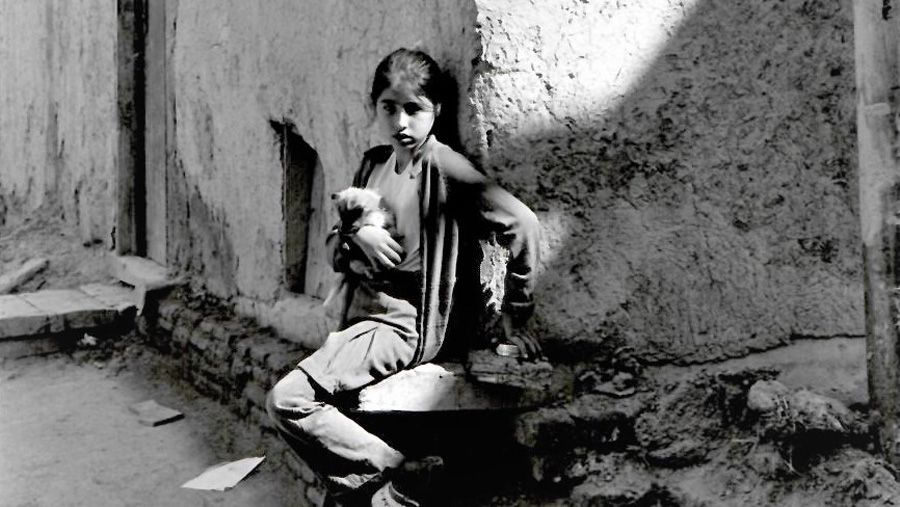 Retired St. Louis photographer David Henschel is no stranger to longtime readers of the Jewish Light.

From 1968 until his retirement In 2000, Henschel was among a group of local photographers for the Jewish Light, the Jewish Community Center and Jewish Federation. His archive of his thousands of mostly black and white photos is meticulously organized so that any photo taken by Henschel could be easily retrieved and republished long before the digital age.

I worked with Henschel on many of his assignments, which included events from fundraising dinners and the Senior Olympics to a trip to the federal prison in Marion, Ill., where a seder was conducted to support convicted spy Jonathan Pollard who was incarcerated at the facility.

But there was another, more personally creative side to Henschel’s photographic career. For more than three decades, he  circled the globe capturing images that he saw artistically at international multination conferences such as the Helsinki Conference on Security and Cooperation, along with everyday scenes of ancient doorways in Greece and Rome, somber paths, roads and trails that often led to nowhere, and portraits of women and men at work, whose faces make the viewer curious to know their backstories.

Henschel has just published a hefty coffee table collection of 200 of his favorite images, all in his preferred medium of black and white. While color photography deserves respect, the older black and white symbolism has the gravitas of having been the original format of photography at its outset in 1839.

Henschel points out that photography was not accepted as art until Alfred Stieglitz, the mentor and lover of painter Georgia O’Keefe, showcased photography alongside paintings at the historic Armory Shows in New York in 1913 and 1920, which achieved Stieglitz’s goal of establishing photography as an art.

Indeed, Stieglitz’s goal was achieved, and photography is firmly established as a respected art form. Recently the Wall Street Journalpublished a glowing review of a photography exhibition in North Carolina featuring the black and white and sepia-toned photographs of Lewis Hine, showing arriving immigrants on Ellis Island, men and women at work and other timeless scenes. Hine, according to the reviewer, had no formal training, but “had a natural ability to take pictures that were not only technically correct, but poignant.” The writer’s description of Hine’s work fits Henschel’s work to a T.

Henschel is attracted to abandoned houses in rural Missouri, the doors of which are either shut or open into a dark expanse; to men and women selling their wares at markets; and to quiet young women strumming on guitars or softly cradling a puppy on a ruined Third World street.

There is also a whimsical shot of a crumbling East St. Louis diner that displays a window sign reading “Go Republican.”

Nearly all of these photos deliver more of a punch in vintage black and white than they would in color. Henschel and other photographers known for their black and white work prove that darkness, light and shadows can illustrate a stronger story in “Old Time Black and White.”

Buy this book, and while away some hours seeing what David Henschel sees with his artistic lens.