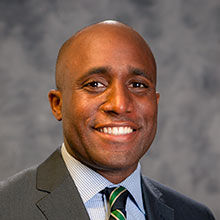 St. Louis Mayor Lyda Krewson has signed onto an initiative with mayors across the country aimed at curbing anti-Semitism.

The American Jewish Committee’s Mayors United Against Antisemitism effort “calls on mayors and municipal leaders to affirm that antisemitism is incompatible with fundamental democratic values and to commit to working within and across U.S. communities to advance the values of respectful coexistence,” a news release states.

The effort comes amidst ongoing concerns about anti-Semitism in the United States. The Anti-Defamation League reported that there were 2,107 anti-Semitic incidents recorded in 2019, a 12% increase from 2018, according to its annual audit.

Kansas City Mayor Quinton Lucas was also among the 132 mayors to sign the initiative.

“AJC St. Louis is honored to have Mayors Krewson and Lucas, leading the way and taking a stand against antisemitism in Missouri, as representatives of the two largest cities in our state. We hope many of their colleagues will join them and strengthen this national movement,” Terry Bloomberg, chair of the Task Force to Combat Antisemitism on St. Louis’s AJC Board, stated in the news release.

The statement from the mayors “affirms a core set of principles, including the condemnation of anti-Jewish hatred in all forms; rejection of the notion that antisemitic acts may ever be justified by one’s view on the actions or existence of the State of Israel; a declaration that antisemitism and any prejudices due to religious differences are inconsistent with core American values; and the belief that the promotion of mutual understanding and respect among all citizens is essential to good governance and democratic life,” the release states.