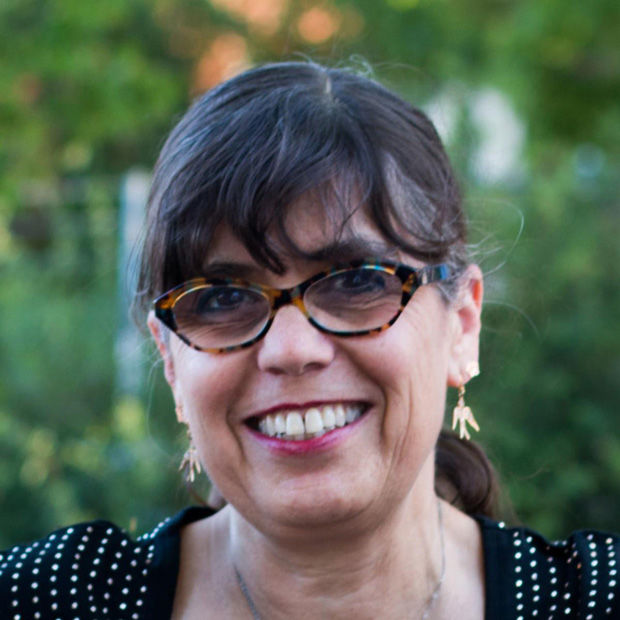 BY BILL MOTCHAN, SPECIAL TO THE JEWISH LIGHT

At the beginning of 2020, Circus Harmony had a busy schedule. The St. Louis-based nonprofit social circus was getting ready to perform with Circus Flora. The company also had trips to Chicago and Puerto Rico on tap and a nonstop summer planned. Then COVID-19 appeared, not so magically, and everything changed.

Circus folk aren’t easily daunted by a mere pandemic, though. The Circus Harmony troop has still been performing, on Zoom and at in-person, “six-foot (socially distanced) circuses.” This month, it will stage a major show called “The Balancing Act: Walking the Pandemic Tightrope.”

“The Balancing Act” is free and will be streamed online Oct. 10. It’s designed to be a meaningful circus show for families  featuring Circus Harmony student performers and alumni who have gone on to professional careers.

Circus Harmony has a number of close connections to the St. Louis Jewish community. Its mission, as a social circus, is tikkun olam, to repair the world. It does so by using circus arts to motivate social change. Artistic/executive director Jessica Hentoff and several Circus Harmony coaches are Jewish. The company also has an international Jewish connection, via an 11-year partnership with the Galilee Circus, a Jewish-Arab youth organization that uses circus arts to inspire social change in Israel.

The focus for Circus Harmony is finalizing “The Balancing Act.” The idea of creating a virtual show took shape when it was obvious the pandemic was going to stick around a while, Hentoff said.

“Circus Harmony is a very performance-oriented company,” she said. “Last year, pre-COVID, we did 741 shows between our students and our teachers. In this time when things are so up in the air, to have an actual goal to work for made sense for me personally and I think for the students as well. We had no choice but to do it virtually.”

Two student performers and two Jewish coaches offered a sneak preview of the upcoming show and demonstrated the challenges of rehearsing and performing online.

One of the students, Dennis Bailey, 12, is a Ferguson resident who lives with the fear of the pandemic and how it could affect his friends. To alleviate the stress, Dennis rides a unicycle. He is quite good at it. Dennis can do multiple unicycle stunts such as  jumps with ease.

“A couple of years ago, I picked it up, started riding and that was it,” he said. “I just practiced every day, and I kept riding up and down my driveway. I developed a unicycle act and got better and better. It’s just like walking now, but with tricks.”

The other student, Lyla Lawless, 9, of St. Louis, has a talent that is ideal for the circus. Lyla is a contortionist.

“I started doing contortion tricks around my house, and my mom got scared because she thought I was going to hurt myself,” Lyla said. “I went to a couple of Circus Harmony contortion classes, and Jessica asked me if I wanted to take a circus class after contortion, and I said sure.”

Classes are now conducted online, as is coaching. The latter requires a bit of finesse, said Becky Brown, one of the company’s Jewish coaches.

“It’s definitely different looking at students on screen versus in person,” Brown said. “I’m usually a very physical teacher, so I like to be able to prod my students, hands-on, and with the computer screen that’s obviously not possible. So I’ve been trying to find as many metaphors as possible to suggest to the students to suck in your stomach or push harder through your arms. There’s only so many ways you can say that, but I’ve found that by using different types of imagery, it helps people find the corrections more easily.”

“It’s been challenging to reinvent your teaching style, because I like to be hands-on and play with them a little, tinker-toy style,” Hentoff-Killian said. “There’s a lot more demonstration on my end, where I try to show them the correct way of doing things and they can’t actually physically seethat but we’re still learning. It’s a process.”

There is also the need to improvise for students rehearsing their circus acts at home, using whatever props are handy. Sometimes that generates a new concept. Dennis was hanging out on his living room coach and he started juggling. That sparked a new act called couch juggling.

“The Balancing Act” could well expose Circus Harmony to a much wider following, just because it will be streamed online. Hentoff said she anticipates a large audience.

“I’m hoping it’s our biggest audience ever,” she said. “I do know people as far away as Australia will be watching. This is our most personal and compelling show that we’ve ever done. Our shows are always professional and high quality circus acts, but these kids are going to be opening up and performing in a way they never have before.”

Dennis, Lyla and the other student performers will be doing physically demanding acts as well as spoken-word monologues in which they’ll explain how world events such as coronavirus affect their lives. For the kids, it is cathartic; Hentoff describes it as “pandemic-positive.” They’ll also have the opportunity to see themselves in action. That’s because their acts will all have been recorded.

“I really want to share how hard I’ve worked,” Lyla said. “I  pushed myself a lot, and to just sit down and watch the show, is exciting.”

Coach Brown said she, too, is eager to watch the fruits of their labors.

“I’m just excited for people to see that the show does go on for these circus performers,” she said. “I think people will be able to see that our kids are still resilient, they’re still creative, they still have their imaginations, and they can still do amazing things with their bodies and their brains.”

Hentoff suggested that “The Balancing Act” might offer new insights into how kids adapt to outside stresses.

“People often think of youth circus as being fluffy and cotton candy and ‘Aww, aren’t they cute,’ but whenever they see Circus Harmony the ‘aww’ turns to awe,” she said. “We have some very insightful comments from student performers. We offer an opportunity to give them a voice about how they are keeping their balance.

“My hope is that people will see this and they’ll want to take classes, which they can from anywhere, or that they will book a show on Zoom or one of our six-foot circuses live, or that they’ll support the work we’re doing. If you want to support this work, we’d appreciate it and, of course, this show is an opportunity to give a voice to these young people.”

For student performers, the experience of learning a new skill through Circus Harmony has been a special experience.

“We make so many amazing friends here, so many people with crazy talents, and we’re all together in the circus,” Lyla said.