The St. Louis born “Scuba diving Rabbi” working to save the seas 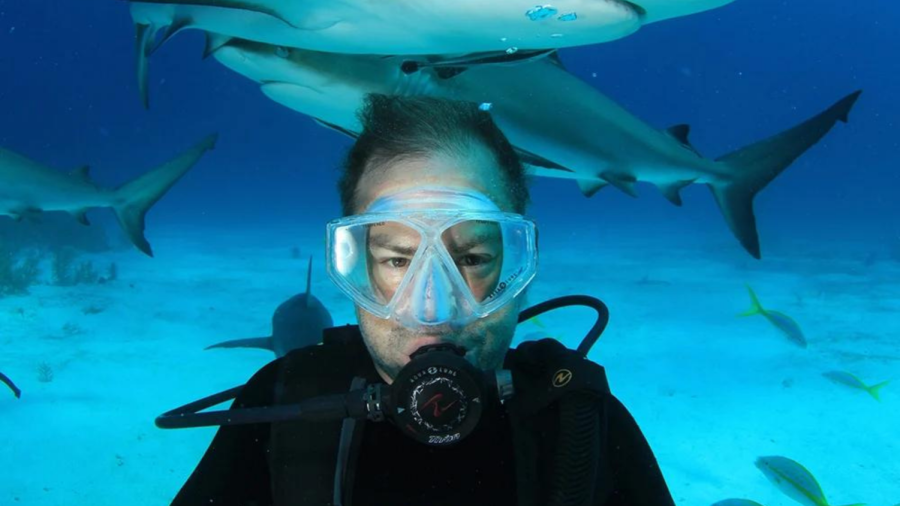 According to Rabbi Ed Rosenthal, it’s a simple fact. The ocean is dying. And if the ocean dies, we die. The native St. Louisan is working to begin a movement with his organization Repair The Sea and he wants your attention.

“For thousands of years, people have viewed the oceans, lakes, and rivers of the world as an endless horn of plenty. Because water is so readily available to us, we don’t give it a second thought,” said Rosenthal. “The reality is that the degradation of the marine environment is one of the greatest existential threats to the future of humanity and the planet.”
Ed Rosenthal becomes a rabbi
Caring about something deeply and passionately is something that comes naturally to Rosenthal. Even when he was thinking about a career in music, the call to becoming a rabbi was something that remained close with him.

“My family was very involved with the Temple Israel.  When I was a kid, I used to blow the Shofar on the High Holidays, and Rabbi Alvin Rubin would tell me that I was going to be a rabbi,” Rosenthal recounted. “My dream was to be a musician, but I realized in college that I wasn’t good enough to do it professionally. When I came home for spring break during my sophomore year, I went to speak with Rabbi Rubin about it.  His response was ‘See. I told you you’d be a rabbi.’ And he was right.”

The direction of the marine environment and the care it needs is something Rosenthal has felt passionately about for 40 years.

Born in 1960 and raised in landlocked St. Louis, Rosenthal attended Parkway Central High School. Rosenthal says his passion for the marine environment can only be attributed to watching “The Undersea World of Jacques Cousteau” and reruns of “Sea Hunt” as a kid.

When he was 16 years old, he asked his parents if he could learn to scuba dive.  His mother’s response was: “If God meant for humans to be underwater, He would have given us gills.”

So, it wasn’t until a hiking trip during his first year of rabbinical studies at Hebrew Union College in Jerusalem, that he had a chance to snorkel at Sharm el-Sheik, an Egyptian resort town between the desert of the Sinai Peninsula and the Red Sea.

“I was overcome by the awe and wonder of the deep,” said Rosenthal.
Tikkun HaYam
Tikkun HaYam translates to “repair the sea,” which is based on the Jewish tenet tikkum olam (repair the world).

“The creation of Repair the Sea came after watching the decline of the marine environment around the world for decades and realizing that the Jewish Community is not even thinking about it, let alone taking any action,” Rosenthal said. “I admit that I am ethnocentric.  I believe that when Jews get involved in any issue, substantive change takes place.”

Making that change take place is Repair the Sea’s mission: To share the spiritual wonders of the sea from a Jewish perspective and raise awareness of and encourage action to address the many threats facing the seas.

“I believe that when the Jewish community gets involved to protect the water, we will make a difference,” said Rosenthal. “We just need to step up. There are a lot of ways to make a difference, but it takes changes in our behavior, both individually and institutionally.”
Reverse Tashlich
In 2016, Tikkun HaYam launched its largest shore cleanup, called Reverse Tashlich, a play on the ceremonial casting of sins into the water performed on the first day of Rosh Hashana. For Tikkun HaYam, it means a chance to take things out of the sea.

“Imagine if the entire Jewish community came out and removed debris from waterfront locations around St. Louis,” Rosenthal said. “Not only would we be making a difference, but we’d also be making a statement.  If there are synagogues or day schools in St. Louis that utilize single-use plastic products, our blue/green initiative can help them switch from plastic to easily compostable cutlery and plates.”

In 2021, over 2,000 individuals came together at 170 locations in 18 countries to clean their local environment. This year’s event is scheduled for Oct. 3.  As of this writing, there is no planned event for the St. Louis area.

Repair The Sea is located in Tampa, Fla., but there are plenty of ways to get involved. For more information, visit their website.