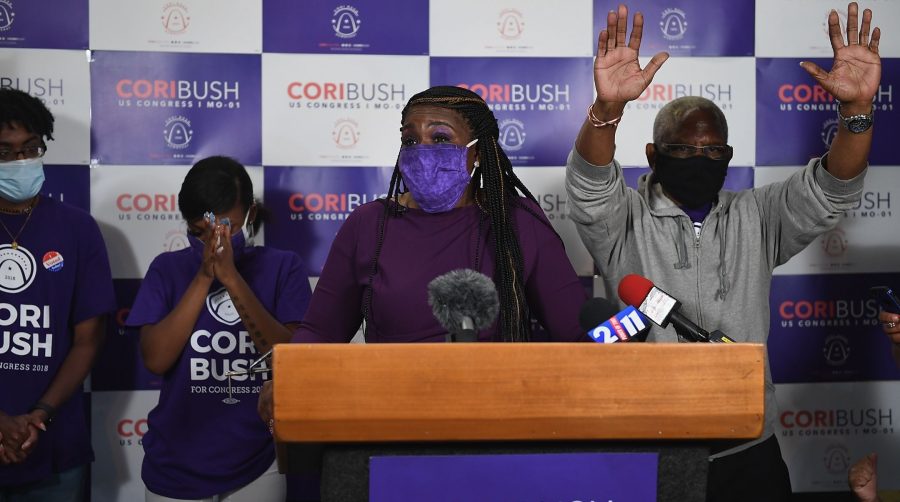 Rep. Cori Bush, a Democrat from St. Louis, voted against a bill to provide $1 billion to Israeli for its Iron Dome missile defense system.

Rep. Cori Bush, a Democrat from St. Louis, was among the Democrats who voted against a bill Thursday to provide $1 billion in funding to Israel for its Iron Dome missile defense system.

In a tweet Thursday afternoon, Bush described Israel as an apartheid state in explaining her opposition to the bill.

“Palestinians deserve freedom from militarized violence too,” she wrote. “We shouldn’t be sending an additional $1B to an apartheid state’s military. Especially not when we are failing to adequately invest in the health care, housing, education, and other social services our communities need.”

The measure passed by a 420-9 vote and now goes to the Senate.

The opponents were eight Democrats — Bush and Representatives Rashida Tlaib of Michigan; Ilhan Omar of Minnesota; Ayanna Pressley of Massachusetts; Andre Carson of Indiana; Marie Newman and Jesus Garcia, both of Illinois; and Raul Grivalva of Arizona — and one Republican, Rep. Tom Massie of Kentucky.

The other Missouri representatives voted in favor of the bill.

Jewish Community Relations Council of St. Louis said in a statement that it would be reaching out to Bush’s office to express its “profound disappointment and more.”

“Iron Dome has saved countless Israeli and Palestinian lives,” the organization stated in an email. “It is in the U.S. national interest to ensure Israel can defend itself from terror. We look forward to a productive conversation with Ms. Bush in the fall to discuss the facts on the ground that disprove the false comparison of Israel to former apartheid South Africa.”

Bush, a first-term lawmaker, has faced criticism for her statements concerning the Israeli-Palestinian conflict and support of the boycott, divestment, and sanctions (BDS) against Israel movement.

In August, Bush’s staff met with St. Louis Jewish leaders and discussed her comments on Israel, among other issues.

Bush did not use the word “apartheid” in an email to the Jewish Light explaining her opposition.

“Our spending bills are a reflection of our priorities, and my priority is St. Louis,” her office stated in an email. “When we talk about spending billions of taxpayer dollars, I believe that money should be spent right here at home. Let’s invest in our early childcare centers, in our seniors, and in community violence intervention. That’s why, particularly when we cannot find the money to keep people in their homes or put food on their table, I stand opposed to any bill that seeks to fund weapons systems abroad.”