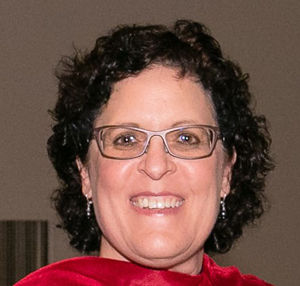 A familiar face is returning to the St. Louis Jewish community. Rabbi Janine Schloss will become the next spiritual leader of Shir Hadash Reconstructionist Community, effective July 1. Schloss grew up in California and initially came to St. Louis in 1993, following her rabbinic ordination, to join the clergy team at Congregation Shaare Emeth. She served that congregation for 12 years, first as an assistant/associate rabbi and then as director of education. She relocated to Seattle in 2005 to become director of education at Temple Beth Am, a position she held for 14 years. Schloss is looking forward to coming full circle with her return to St. Louis.

“The Jewish community in St. Louis is absolutely unlike any other I have ever seen,” she said. “The way everyone works together across boundaries to better the lives of everyone in the community is truly remarkable.”

Shir Hadash President Richard Katz noted that the congregation is thrilled to welcome Schloss, who brings such a wide range of experience and knowledge. “Shir Hadash is fortunate and proud to have her as our new spiritual leader, and we embrace her return to the St. Louis Jewish community,” he said.

Schloss received her bachelor’s degree in religion from Princeton University and her master’s degree and rabbinic ordination from Hebrew Union College-Jewish Institute of Religion (HUC-JIR). She was awarded an Honorary Doctor of Divinity degree by HUC-JIR in 2018. She has two young adult children, Rachel, 21, and Aaron, 19.