PBS documentary on aftermath of the Holocaust features survivors who moved to St. Louis 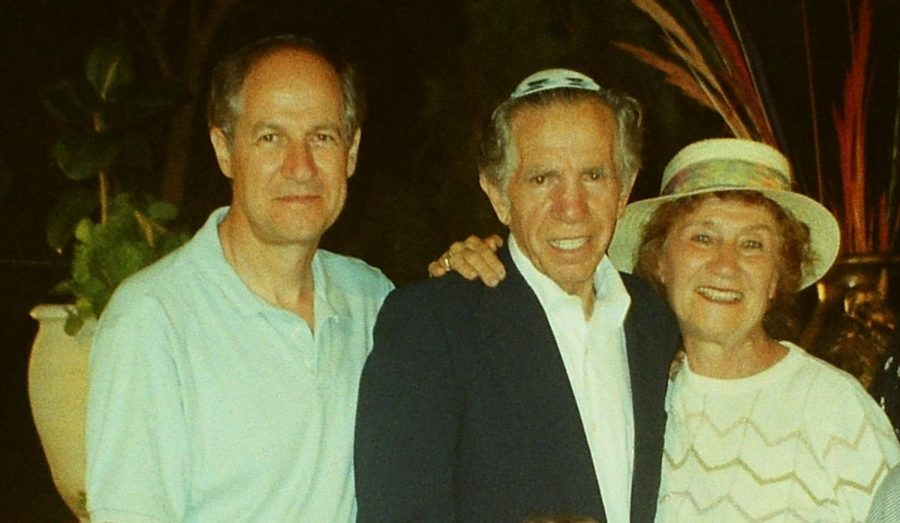 Simon Igielnik (left) with his parents, Jack and Fela, during a 1995 family trip to Israel.

The PBS affiliate in Kansas City has released a new documentary on Holocaust survivors who settled in the city after World War II. Two of them later moved to St. Louis.

“All These Delicate Sorrows,” which premiered Thursday, is now available for streaming at https://www.kansascitypbs.org/local-shows/all-these-delicate-sorrows/

The release of the movie coincides with the opening of an exhibition, “Auschwitz. Not long ago. Not far away,” at Union Station in Kansas City.

The documentary includes photos and video of Holocaust survivors Jack and Fela Igielnik, who were born in Warsaw, Poland and survived the Holocaust in concentration camps but lost their entire families, their son, Simon, who lives in Clayton, explained to the Jewish Light.

The couple met after the war in Lodz, Poland, where the Red Cross arranged a station for people to register and find out who survived the war.

Simon was born in 1947 in Berlin. The family then waited five years for permission to come to the United States as refugees. The American Jewish Joint Distribution Committee helped them resettle in Kansas City. Jack and Fela, who both became involved in Holocaust education efforts, lived there until 1998 when they relocated to St. Louis, where Simon worked as a physicist at Washington University.

Fela volunteered as a docent at what  is now called the St. Louis Kaplan Feldman Holocaust Museum and wrote a book, “By Pure Luck,” that tells her story of surviving the war. Both Jack and Fela have died.

Simon, a member of Kol Rinah, said he sees the documentary as important because “unfortunately people have very short memories, and even the memories they have, they tend to massage to their own beliefs, so I think anything that snaps you back to attention is a good thing.”

Here is the public broadcaster’s description of the documentary:

“Stories of the Holocaust that often go unheard occurred after the end of World War II in 1945. These stories are of those who survived an unimaginable ordeal only to find themselves beginning again with nothing. ‘All These Delicate Sorrows’ is a deeply personal documentary featuring interviews with descendants of survivors, archival video testimonials as well as commentary from local historians.

Following the journey of Jewish survivors of the Holocaust from liberation in 1945 to the Midwest, ‘All These Delicate Sorrows’ chronicles the years in which these new Americans arrived, and began to rebuild the lives they had lost. Many of them worked to secure lasting legacies in the Kansas City area, fostering education of the Holocaust through civic engagement.”