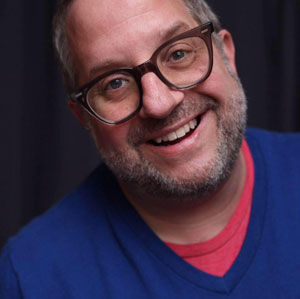 The New Jewish Theatre has postponed performances until fall 2021 because of the ongoing coronavirus pandemic, the organization announced Monday.

NJT is a program of the Jewish Community Center of St. Louis. The decision to postpone performances from J leaders follows an industry-wide trend, as concerns and restrictions around large public gatherings continue.

The Broadway League, a national trade association, announced Friday that all Broadway performances would remain suspended through May 2021.

“To all our St. Louis theater community: thank you for bringing your talent to our stage, building our sets, designing our costumes, running our tech, purchasing tickets and so much more. You are the reason our theater community is so vibrant, and we look forward to the day when curtains rise again,” NJT and the J stated in the announcement.

The NJT, which typically begins its season in October, had already pushed its 24th season back until next year. The slate was to include five shows, including “Crossing Delancey,” a comedy — and a 1988 movie — about a modern Jewish young woman whose Bubbe decides to set her up with Sam, the pickle man; and “Gloria: A Life” about the feminist Gloria Steinem.

Zelda Sparks, director of cultural arts at the J, said she is unsure what the fall slate would include, but that “it will be up to Edward” Coffield, the theater’s artistic director, who has been furloughed. Coffield referred all questions about the matter to Sparks and Rabbi Brad Horwitz, the J’s director of Jewish Engagement and Adult Programs.

“People love the New Jewish Theatre, and we hope it will be back stronger than ever,” Sparks said.