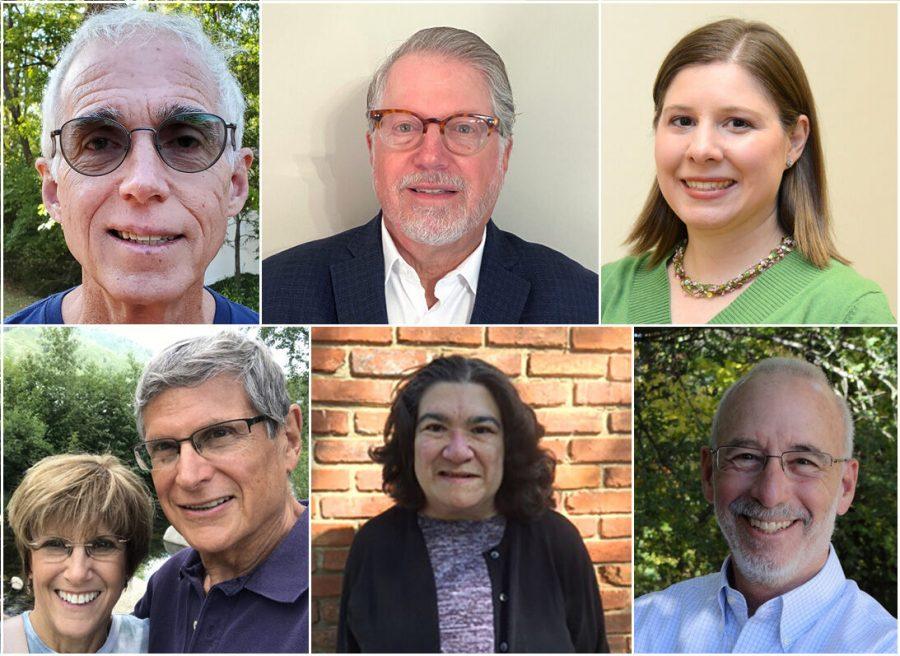 What follows is a quick look at the Jewish Light’s 2020 Unsung Heroes and the incredible volunteer work that they do in the community. Read the Heroes’ full stories in the Light’s Special Section published in our Nov. 18 edition and join the Light in saluting the 2020 Unsung Heroes during a special virtual celebration at 7 p.m. Thursday, Nov. 19. The event is free, but registration is required. To register or to make a tribute in honor of an Unsung Hero, visit stljewishlight.com/unsung or call 314-743-3600.

• Allen and Ronnie Brockman are the founders of Camp Rainbow, which first began in the summer of 1988, for children with cancer and blood-related diseases. That first summer, Camp Rainbow hosted 28 seriously ill youngsters at a week-long outdoor camp. Now, camp Rainbow provides eight different camp programs and serves more than 800 children every year. In addition, Allen was the Chairman of the Camp Rainbow Foundation and Director of Camp Rainbow for 26 years as well as a founding Board member and President of Friends of Kids with Cancer. Ronnie served as the Program Director for Camp Rainbow Summer Camp, Volunteer Coordinator, and also supervised the other camps’ Program Directors for 26 years.  The Brockmans met through BBYO as teenagers. Both attended University City High and Mizzou. They have been married for 51 years and are members of Congregation Shaare Emeth.

• Mark Dana doesn’t just downplay his decision to donate a kidney because he is humble. He does so because he wants more people to realize that it doesn’t involve any great sacrifice. He hopes they will then become live organ donors too. He doesn’t see it as much different than donating blood. And he should know. Each week, he drives a supply of blood or plasma on behalf of the American Red Cross from St. Louis to Columbia. When not in the driver’s seat of a car, you can probably find Dana atop a bicycle. He rides thousands of miles each year, many of them as part of fundraising events like the MS 150, Pedal the Cause and Tour de Cure. And lastly, if he’s not there, he is probably at Congregation B’nai Amoona, where he spent 24 years as the floor gabbai, meaning that during a religious service, he walked throughout the sanctuary and directed people when it was their time to be called for a particular prayer, reading or other honor.

• A cancer diagnosis is devastating, especially for a child. Aleeza Granote is a calming presence for families coping with the news. As a pediatric oncology social worker at Cardinal Glennon Children’s Medical Center, she goes way above and beyond the call of duty to ease the burden. That commitment earned her the hospital’s Mission Award. She is also committed to helping families through her work as a PJ Library parent ambassador, a board member of Spread Ari’s Light and through Card Care Connection, a nonprofit organization she founded that provides supportive cards and hopeful messages to people with cancer.

• B’nai Amoona congregants who are confined to their homes because of health issues or other reasons feel less lonely, thanks to the efforts of Sheryl Kalman. The program she runs, known as Shomrei Amoonim (“keepers of the faith”), is designed to maintain communications with congregation members who can’t make it to services, or don’t get out at all. Kalman assigns her volunteer Shomrei Amoonim squad to check in on those individuals on a regular basis, providing treats, resources or just a kind voice to talk with.

• After three decades working in the restaurant business serving customers, Steve Rosenblum now serves others less fortunate than him through a myriad of volunteer positions. He is a veteran so it’s fitting that Rosenblum is a board member of The Kaufman Fund, which provides services to military veterans. He’s also a board member of Temple Israel, a past board member of The Miriam Foundation, and he volunteers with Caring for Kids and the NCJW Back to School! Store.

• Two of the things Alan Spector seems to care most about are seniors and baseball, so naturally he would love helping adults with dementia by playing on their connection to America’s pastime. A retired engineer, Spector has spent the last six years leading the Cardinals Reminiscence League at the Adult Day Center at the J, a program that aims to promote good feelings and reduce anxiety among people with dementia. Spector leads discussions and asks participants questions about Cardinals history, baseball terminology and stadiums, among other things.  He also hosts a local Cardinals memorabilia collector, so that participants can, for example, pass around a glove signed by Hall of Famer Stan Musial. Despite the fact that the participants often have memory issues, Spector constantly varies the program. Spector also leads workshops for retirees and has helped local synagogues and Jewish institutions on mergers and developing strategic plans.

• Twenty years ago, volunteers with the National Council of Jewish Women St. Louis began a program to help create enthusiasm about the coming school year as well as to build positive self-esteem for underserved children in the St. Louis area. They felt that by outfitting these children with new school clothes, outerwear, personal care items and school supplies, the children would be ready to focus on learning and better succeed when they started the academic school year. Guess what? It worked. And it has kept on working and getting better for the past 20 years. In the two decades since its inception, NCJWSTL’s Back to School! Store has served more than 20,000 St. Louis area children. Doing so has enlisted the efforts of 86 co-chairs and thousands of volunteers. Even this past summer, given restrictions because of the pandemic, the Back to School! Store continued with contactless distributions of school supplies and other essentials in the short term and additional distributions of clothing later in the year. And the really big news: It was able to serve 2,000 children, which was 500 more than in the past.