Mazel tov to Susie Joffe on 32 seasons at the Muny 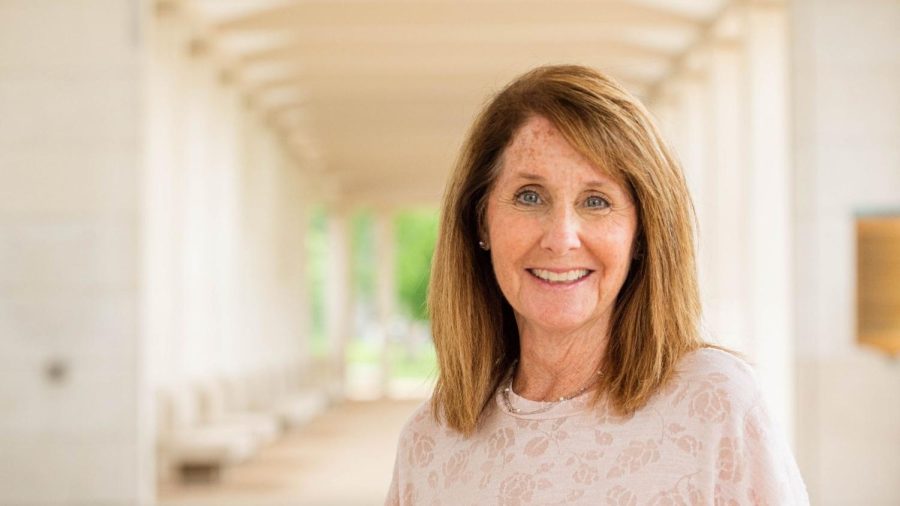 Susie Joffe started working at the Muny, part-time in 1981.

I’m not going to bore you with a bunch of U.S. Department of Labor statistics to prove my point, but people who reach two or three decades in one workplace are becoming a rarity.  (Here are the stats if you want them.) A rarity yes, but longtime workers are not extinct, and for that, they deserve to be celebrated, which is why we are kvelling over Susie Joffe. (Pronounced JOFF)
Susie Ungar Joffe
When the Muny opened its 104th season this week, Susie Ungar Joffe, 60, who was born and raised in St. Louis and is a member of Congregation Shaare Emeth, marked the start of her 32nd season working at the iconic outdoor theater.
1981 – 1984
“My dad, Sandy Ungar, knew George Walsh, the box office manager, and he helped me get the interview with Denny Reagan, who was the director of operations at the time. I got the job,” said Joffe.

After that summer, Joffe headed west to the University of Kansas but would return home and to the Muny for the next three years where she worked as a secretary for Reagan. “We shared an office and I had a desk, phone, and a typewriter. I helped with ticket requests, insurance claims, and other daily tasks,” she said. “One fun job was helping with caravanning to the car rental place to return the actors’ cars.”

The job was part-time, and there was not a full-time job available when she graduated from college, but Joffe never stopped wishing to work at the Muny.
1984 – 1992 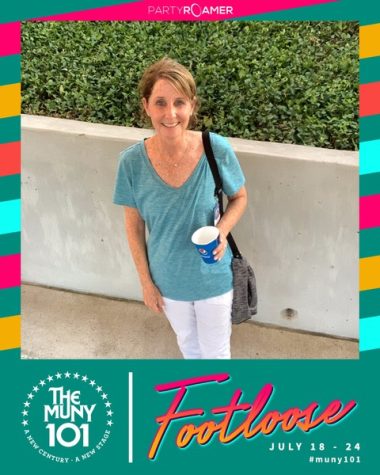 Joffe got on with life. She worked at KDNL TV 30, in its promotions department. She later took a job at the Fox Theatre as secretary to the president, and eventually joined a public relations firm as an office manager.

As the 90s got underway, Joffe got married, had a baby, and became a stay-at-home mom. It was about this time that the Muny returned to her life. She got an offer to return, part-time, in the group sales department. She took it. She was back.
1992 – 2022
When Joffe returned to the Muny in 1992, she had no idea that a part-time job in group sales would eventually become her full-time job for the next 13 years. In 2006, she was recruited by the marketing department, and it fit. Joffe then entered the world of show promotion and management. 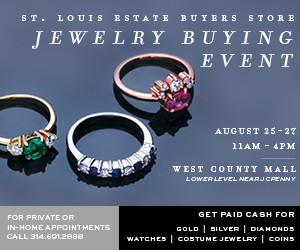 “My job has a large range of duties,” said Joffe. “Booking preshow talent, working with the local media, creating and monitoring promotional contests, and finding companies and organizations to partner with.”

Joffe also works with the St. Louis Cardinals to set up first pitch appearances and schedule star performers to sing the National Anthem at games.

“I’m also a go-to person in the office and often lend a helping hand whenever it’s needed in different departments,” said Joffe. “And now in the social media era, I’m working with local businesses and organizations to create promotional partnerships and other marketing opportunities.”
Three decades of memories
Throughout the decades, Joffe has been a part of all the excitement and grandeur that is the Muny. She has participated in experiences she used to dream about and formed relationships that she says are priceless.

“Seeing great shows of course and learning about live theater — it’s truly amazing how the entire staff creates seven shows with just a 10-day turnaround,” she noted. “The process amazes everyone who gets to see the entire project from beginning to end.” 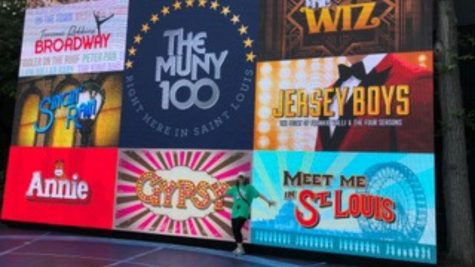 She says being around the actors is always a treat whether it’s meeting them face-to-face or eating next to them during breaks at rehearsals. Over the years there have been some oldies, but goodies that she recalls. Among them: Tommy Tune, Anne Reinking, Phyllis Diller, George Peppard, Davy Jones (of the Monkees), Barry Williams (Greg Brady), Georgia Engle (Georgette from “The Mary Tyler Moore Show”), Jennifer Holiday, Corbin Bleu, and John O’Hurley (J. Peterman on “Seinfeld”).

And of course, she adds, there is the excitement of it all, including never quite knowing when something might go “wrong.”  Oftentimes, it’s Joffe who’s tapped to save the day.

“There are always interesting things going on backstage… and onstage, that the audience never realizes. Costume malfunctions, forgotten props, unscheduled critters making their stage debut,” she said laughing. “They’re all part of what makes ‘live theater’ so special. Anything can happen.”

Mazel tov Susie Joffe on 32 seasons at the Muny, and here’s to many more.