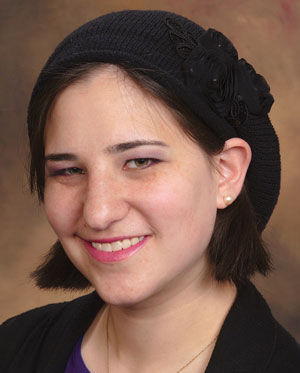 The Jewish Community Relations Council of St. Louis has received criticism from some people involved with the organization for its lack of opposition to U.S. actions on the U.N. Security Council Resolution condemning Israeli settlements.

Members of the American Israel Public Affairs Committee and the Zionist Organization of America — who participate in a monthly JCRC gathering designed to get feedback from the local Jewish community — sent a letter to JCRC leaders, asking them to issue a statement against the U.S. decision not to veto the resolution, which described the settlements as a “a flagrant violation of international law.”

The decision to not pick a side comes as Jewish groups like AIPAC, the Anti-Defamation League, and some other JCRC chapters around the country condemned the U.S. abstention from the resolution vote.

Instead, in St. Louis, the executive director of the JCRC and its board of directors issued a statement to circulate providing information on the resolution and various Jewish groups’ responses to the resolution.

“I feel that we did the best we could do in the circumstances,” said Maharat Rori Picker-Neiss, executive director of the JCRC. “I think it’s important for us to recognize that our community is a lot more diverse in terms of what it means to be pro-Israel than it might have been at other points in time. The definitions of pro-Israel are shifting for a lot of different people.”

Following the vote at the United Nations, an organization which some believe is anti-Israel because of the number of punitive actions taken against the Jewish State relative to other countries, U.S. Secretary of State John Kerry said in a speech that by continuing to build settlements in the West Bank, the Israeli government could make a two-state solution to the Israeli-Palestinian conflict impossible.

“Some seem to believe that the U.S. friendship means the U.S. must accept any policy, regardless of our own interests, our own positions, our own words, our own principles — even after urging again and again that the policy must change,” Kerry said.

The local chapter of the JCRC did not have an official position on a two-state solution or the settlements and represents groups ranging from the left-wing Israeli advocacy group J Street to the right-wing ZOA, said Picker- Neiss. As such, the organization was unable to reach a consensus on whether to support or oppose the handling of the U.N. resolution by the United States.

After a JCRC meeting with representatives from various Jewish and Israel advocacy groups, people affiliated with ZOA and AIPAC sent a letter to the organization last week, urging leaders to reconsider their approach.

“JCRC’s Mission Statement says that it ‘promotes the security of Israel,’ ” read the letter drafted by Marcy and Rick Cornfeld, who co-chair the St. Louis AIPAC Council, Richard H. Senturia and Irl Solomon of ZOA- St. Louis and Rabbi Ze’ev Smason of Nusach Hari B’nai Zion. “Why is JCRC flummoxed on this matter, but not on complicated and controversial issues such as taxation, minimum wage or health care to name a few? Our JCRC strives to represent our broad Jewish community. Since the security of Israel is at our core, we should be united in its defense.”

Solomon, who has been involved with JCRC for more than 12 years, described its decision as “unfortunate.”

“They were concerned about people who would criticize their decision, if they made one, but to me the issue of leadership is you do what you consider to be the right thing for Israel and then, if there’s heat, that’s part of leadership, you have to take the heat,” he said.

Other JCRC chapters, including San Francisco and Indianapolis, also provided statements from various Jewish groups and analysis of the resolution but did not take a position. Chapters in Boston and Washington condemned the resolution.

Gerry Greiman, a participant in the council group, supported the U.N. resolution but agrees with JCRC leaders’ decision not to take a position.

“I love Israel and I support Israel and it pains me to see Israel criticized — and I certainly think there is an anti-Israel bias at the U.N. to a certain degree — but having said that, I do applaud the Obama administration’s abstention,” said Greiman, who is also a board member with the Jewish Council of Public Affairs.

Conflicts among Israel supporters on the right and the left could intensify in the future. For example, President-elect Donald Trump’s nominee for U.S. ambassador to Israel, David Friedman, has described people who are affiliated with J Street as “far worse than kapos — Jews who turned in their fellow Jews in the Nazi death camps.”

Picker-Neiss said she anticipated some backlash for the JCRC decision. She said she has received criticism from people on the right and on the left. She said she was encouraged that the JCRC meeting provided representatives of various groups a chance to express their opinions to the organization. She said JCRC is still figuring out “next steps.”

Supporting Israel “doesn’t just include quick condemnations when Israel is criticized,” she added. “For some people, they feel that being a friend is telling someone when they are doing something wrong, and there are some people who feel to not criticize Israel is not being pro-Israel…

“As a wider community, that’s something we are really going to have to learn how to adjust for, those voices. People are worried about what that’s going to mean for Israel, but I also worry about what that means for the engagement of people in our community when our organizations don’t represent their voices.”