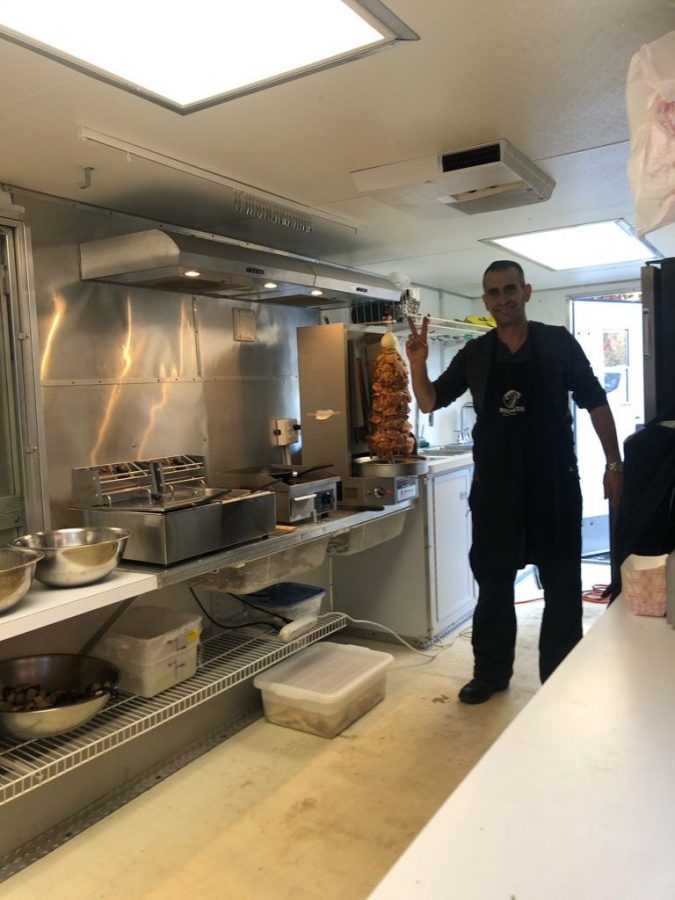 Roni Burgana and his wife, Sharon, have opened a new kosher food truck in St. Louis

The truck, Kosher Grill STL, opened this week outside Agudas Israel of St. Louis, the Orthodox synagogue in University City.

Items include shawarma, schnitzel and kebab and are available as a pita sandwich or as a plate with salads, vegetables, fries, hummus and tahini. Prices range from $8 for a hotdog to $16 for a shawarma plate.

Sharon and Roni Burgana, who are married, moved to St. Louis from Los Angeles in May and noticed the lack of kosher meat restaurants, Sharon said. The only brick-and-mortar option is Kohn’s Kosher Deli in Creve Coeur.

Sharon has been in the food business most of her life. Her father operated restaurants when she grew up in Israel and then when she moved to Los Angeles at age 10. Most recently, she managed a kosher restaurant in Beverly Hills.

“We just wanted to bring a little ‘wow’ here,” said Sharon, 46, who has five children. “I have a passion for cooking. We both do — but I love cooking. It calms me; it relaxes me to know that you’re feeding people that are happy.”

The Vaad Hoeir of St. Louis has certified the food truck as kosher, which means there will also be a mashgiach (kosher supervisor) on board. Sharon plans to prepare food in the Agudas kitchen, 8202 Delmar Blvd., while Roni will travel with the truck from 11 a.m. to 5 p.m. Sunday through Friday, with different closing hours at the end of the week because of Shabbat.

The couple plans to keep the truck on a regular schedule, with possible stops in Chesterfield, at the Jewish Community Center near Creve Coeur and Downtown. You can follow the truck on Twitter @koshergrillstl.

The opening comes months after another kosher restaurant, Café Coeur, closed after only five months.