John Kalishman elected board chair of JCRC of St. Louis 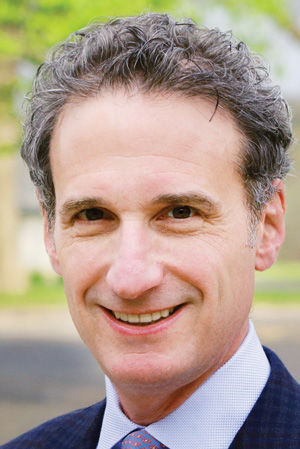 The Jewish Community Relations Council of St. Louis (JCRC) has elected John Kalishman as its new Board Chair, succeeding Robert Millstone whose term recently ended. Kalishman will be inducted during the JCRC’s Annual Meeting on Monday, June 12 at Webster University.

Kalishman is president of Clayton-based investment company Harcourt Group and has served on the board of the JCRC for more than 10 years, most recently as its treasurer and co-chair of its Strategic Planning Committee. He received the Michael and Barbara Newmark Emerging Leader Award in 2009.

Kalishman previously served on the board of the Jewish Federation of St. Louis as vice president of finance/treasurer and vice President of financial and human resource development. He currently serves on the Investment Committee for the Jewish Federation, a committee he chaired for six years. Outside the Jewish community, Kalishman is a trustee for John Burroughs School and previously served as a trustee of the Wyman Center.

“I have enjoyed worked with and learning from John for 15 years on both the board of the Jewish Federation and the JCRC of St. Louis,” said Bob Millstone, Immediate Past Board Chair of the JCRC, in a news release. “John’s knowledge of the Jewish Community and JCRC, financial acumen and leadership with Joe Pereles of JCRC’s Strategic Planning Committee, makes John the ideal person to be the next Chair of JCRC.”

“John brings a wealth of experience, a drive for social justice, and a passion for strengthening the Jewish community,” said Maharat Rori Picker Neiss, Executive Director of the JCRC. “He has already played a significant role in shaping this organization and I look forward to working more closely with John in bringing his vision to fruition.”

“The JCRC is in a very healthy position with a new strategic plan, committed lay leadership and energetic staff,” said Kalishman.  “I look forward to working with the entire Jewish community to advance our common interests.  I also want to thank Bob Millstone for his leadership of the JCRC through an important period of transition. “

Kalishman lives in Ladue and is married to Diane Kalishman, a community volunteer who is actively involved with Southside Early Childhood Center and the Ladue School District.  They have three teen-aged children and are members of Congregation Shaare Emeth.

The JCRC Annual Meeting takes place Monday, June 12 at the Luhr Building at Webster University/Eden Seminary, 475 E. Lockwood Ave. in Webster Groves.  JCRC will honor F. Javier Orozco, executive director of intercultural and interreligious affairs for the Archdiocese of St. Louis, with the Norman A. Stack Community Relations Award. JCRC will present Joe Pereles,vice board chair, with the Michael and Barbara Newmark Emerging Leader Award. In addition, and one student from Soldan High School will receive the Milton I. and Merle K. Goldstein Scholarship.

The event includes presentations from 4 to 5 p.m. and networking and light refreshments from 5 to 6 p.m. Dietary laws will be observed. Valet and self-parking will be available [refrain from parking on residential streets].  RSVP online at http://bit.ly/JCRC-Annual-Meeting-2017. Email [email protected] for more information.