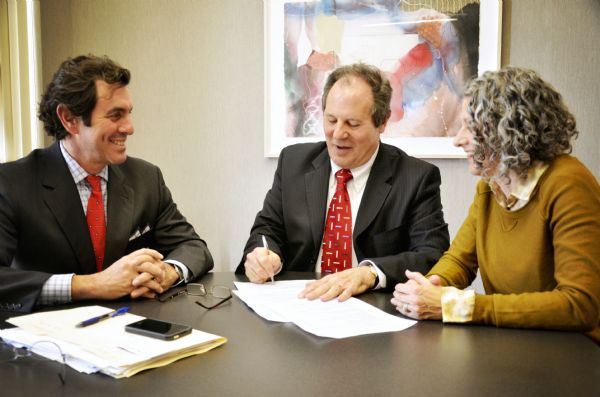 Jewish Family & Children’s Service closed last Thursday on a 24,000-square-foot building at 10601 Baur Boulevard in Olivette that will be the new home of the Harvey Kornblum Jewish Food Pantry.

About 5,000 families a month use the food pantry, which is roughly double the demand compared to a year ago.

The sale price for the one-story brick structure was $885,000, with the understanding that JF&CS would spend about $115,000 to repair the roof and bring the building up to federal Americans with Disabilities Act standards. The building formerly housed MC2, a company that set up corporate events and exhibits. The seller was SPD LLC.

The JC&FS board authorized spending $1 million on the building, which is less than a mile east of the food pantry’s current location. The building lies on a Metro bus route. JF&CS officials expect the food pantry operation will move into the new building in early July and be open to the public on July 5.

Last year, the board decided to look for a different building because public demand for food and counseling has grown sharply in the last couple of years.

The food pantry, which serves clients of any religious or ethnic background, has outgrown its space in the basement and the first floor of its present location in the JF&CS building at 10950 Schuetz Road in large part because of the recession and high unemployment in the St. Louis area.

The food pantry serves people in need of fresh and packaged food supplied from the federal government and donations.

Fred Steinbach, JF&CS board chairman, said naming rights for the building and spaces within the building-the volunteer and reception areas and the office-are available for donors. Steinbach said the Jewish Federation of St. Louis and its President and CEO Barry Rosenberg along with JFCS executive director L. Louis Albert helped raise donations and pledges to buy and fix up the new food pantry building. He added that at least four donors gave “six-figure gifts.”