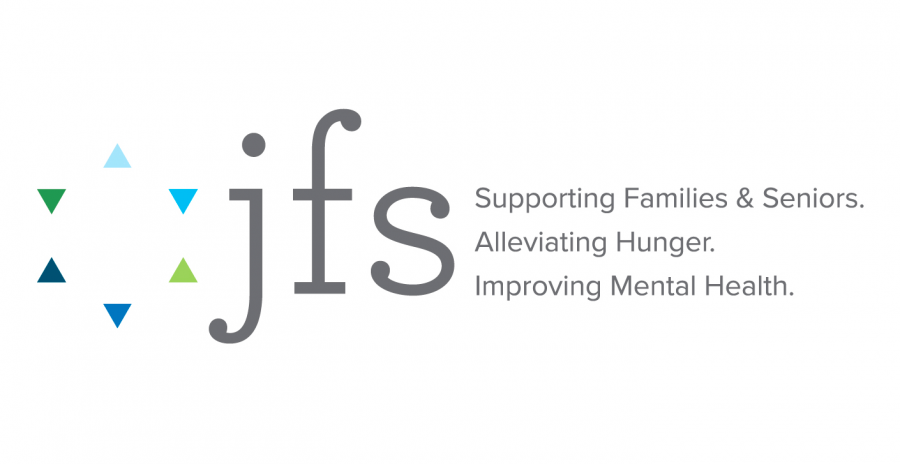 She said the change was motivated by concerns that there was a lack of awareness of the organization’s work, which includes serving more than 60,000 clients annually through counseling services and at places such as the Harvey Kornblum Jewish Food Pantry. The hope is that more people will learn about the organization through “an easier-to-say name that is as accessible as who we are and with a logo that felt warm and friendly and welcoming just like the organization has always been.”

“JF&CS has a stellar reputation among people who actually know who we are, but we fly under the radar a lot, is what I have learned over the last year,” she said. “We knew that we could help more people if people knew where to turn and how to access us.”

The nonprofit, which is in the process of changing its name, wants to ensure that seniors are able to maintain their independence or “at least maintain a sense of dignity as they age and enter different stages of their lives,” she said.

It also continues to see a problem of food insecurity in St. Louis.

And Seidenfeld said she is aware of the “alarming issue of despair in kids either attempting suicide or dying by suicide. It’s growing, not shrinking, and the Jewish community is not immune to that.”

“Those are the things that are challenging and, again, motivating because we can’t lose a kid and we can’t leave a senior uncared for, and people shouldn’t go hungry,” she said.

JFS is working with other Jewish nonprofits such as the Jewish Community Center, Covenant Place and Crown Center to develop a common intake process and database so that if seniors reach out to one Jewish organization, they can ensure that their needs are met as easily as possible.

On food insecurity, JFS launched a pilot program about a year ago using a $13,000 grant from Jewish Federation of St. Louis to add evening hours by appointment at the food pantry for Jewish families. The organization also has been delivering food items such as a kosher chicken to synagogues when, for example, they pick up toiletry donations or canned food.

The goal is to discretely help families who might have been skipping meals because they didn’t have an easy way to get to the pantry or felt ashamed to visit and see their neighbors, Seidenfeld said.

“We are getting food to the places where people are if they can’t get to us because of distance or they are not going to come to a pantry,” she said. “A lot of us might have a hesitance to go to a pantry.”

Food insecurity persists despite the fact that there is a low unemployment rate, Seidenfeld said. The number of clients at the food pantry is continually growing.

“The economy is good for me and you,” she said. “It’s good for many people, but it’s not good for everyone. If you have a medical situation that debilitates you for a short period of time or a long period of time, or a mental health issue, it can start a spiral, and that’s not changing.”

Suicide rates have also increased dramatically over the past decade in the United States. The U.S. Centers for Disease Control and Prevention reported a 30 percent increase from 2000 to 2016.

The aim is to “help people find those social connections, so people who struggle the most with that are people with persistent mental health issues and physical or developmental challenges, and those of us who are in times of stress, which can be any of us,” Seidenfeld said. “We isolate ourselves.”

Seidenfeld said she was fortunate to follow Albert, “who created over 30 years an incredibly strong and responsive organization.”

“I was really lucky to get to know him over the past year,” she said. “As Lou said on my very first day to the staff, ‘What happened in the past was the past, and now we move forward.’ And what I added to that sentence is, ‘We move forward on the shoulders of our history and with the strength of that history.’