Jewish groups explore when, how to reopen 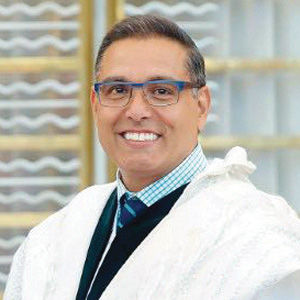 Rabbi Carnie Rose has thought about what summer camp at Congregation B’nai Amoona with no singing would sound like.

Some public health officials say that the projection that comes with singing could spray the coronavirus further than normal speech would.

So Rose said music will not be the same at the Conservative congregation’s summer program; perhaps it will use recorded songs.

“The kids singing is one of the high points of Ramot Amoona,” Rose said, referring to the congregation’s summer camp.

And so, because of limitations like that, if B’nai Amoona is able to achieve its goal of opening a summer program in July, it won’t be called Ramot Amoona. It will be called Kayitz B’Yachad (summer together), acknowledging that it won’t quite be camp as children and their parents have known it.

While there appears to be a uniform deference among local Jewish institutions to the guidelines put forth by government and public health officials concerning the coronavirus, the timeline of when reopening will take place differs from building to building and camp to camp.

“You make a decision and then four days later, things change,” said Rosalie Stein, executive director of Congregation Shaare Emeth. “I always say to our staff that it’s like the old days with AOL and the little spindle spinning, waiting to get linked into the internet. Making some of these decisions kind of feels like that. You gather all the information you can at that moment, and you can’t speculate.”

St. Louis city and county on Monday began allowing entities such as restaurants, hair salons and houses of worship to reopen under new restrictions. Fitness centers and swimming pools are not yet allowed to open.

“We thought about some different things we could do to accommodate smaller groups and we just felt that it just wouldn’t have been the same Camp Emeth or Camp Micah and it was best to just close the camps for the summer,” said Stein.

If B’nai Amoona opens a summer program, it will have a maximum of 70 campers, which is about 50 percent of its usual enrollment, Rose said.

The delays and cancelations of course have a financial impact on the congregations. In its letter to members, Shaare Emeth leaders said they would begin contacting families to provide a camp refund but also suggested that families could donate a portion or all of the fees to the synagogue.

Rose also said that “revenue is a very significant issue.”

“We are hoping and praying that people will be generous and continue to remember that this is hopefully an aberration, and it’s not forever, so the programs have to succeed and continue beyond this moment in time,” he said.

Like Shaare Emeth, the St. Louis Jewish Community Center last week decided to cancel its overnight Camp Sabra at Lake of the Ozarks rather than offer a diminished version of the camp.

“Sabra has some special circumstances,” said Lynn Wittels, president and CEO of the J. “First, we draw from all over the country, so just getting campers and staff to camp would have been a challenge. Until we have access to accurate and rapid result testing, it’s very difficult to bring people from all corners of the country.

“It broke our hearts,” she added. “I went to camp as a kid, and I know how I lived all year long just so I could go to camp in the summer.”

But the J hopes to offer family programs at the Sabra campus and to offer day camps this summer, Wittels said. The organization plans to open its early childhood center next week for the children of essential workers.

In the new system, teachers will not move from classroom to classroom and will have smaller groups of youngsters. Adults will be required to wear masks; children over the age of 2 may wear masks if their parents prefer but it’s not required.

“We are trying to get back to as normal an early childhood program as we have always had,” Wittels said.

As to when the J could open its facilities for other activities — exercise, adult daycare, swimming — Wittels said a committee is reviewing when that could happen, though that will also be determined by guidelines set by St. Louis County.

“The theme is consistent — it’s medical checks before entering the building, it’s social distancing throughout the building and it’s strict adherence to group sizes,” Wittels said.

Congregation Temple Israel, which had at least four preschool teachers and one parent test positive for the coronavirus, does not expect to open its building for any in-person activities until August, wrote Erin May, communications director, in an email to the Light.

While there have been reports nationally about divisions in the Orthodox Jewish community as to when congregations can reopen and criticism of “rogue minyans,” meaning gatherings of 10 or more people for prayer, local Orthodox rabbis have issued unified statements concerning health and safety during the pandemic.

“I can say unequivocally that we are on the same page,” said Rabbi Ze’ev Smason of Nusach Hari B’nai Zion.

That means the congregation is taking a cautious approach to reopening and looking to the group of physicians on the St. Louis Jewish Medical Advisory Board for advice.

“I don’t believe they are going to be giving a time frame of what they feel each shul should do because each shul has their own realities, their own space constraints, ability to sanitize and so on,” said Rabbi Menachem Tendler. “We are certainly communicating. Even according to halacha [Jewish law], you have to follow medical advice.”

Rabbi Yosef Landa, director of Chabad of Greater St. Louis, said his organization is looking at “how the county reopening plays out. If all goes well, we will move into our phase one, such as permitting outdoor services but making sure we stay safe by wearing masks, social distancing and still cutting out certain activities that bring people too close, like kiddushes. We are putting safety first.”

Joan Denison, executive director of Covenant Place, is also looking at how restaurant openings in St. Louis County go before deciding whether to reopen the senior residence’s restaurant, HJ’s Cafe.

“We feel a real obligation given that we work with a vulnerable population to make sure we don’t put them at risk,” Denison said.