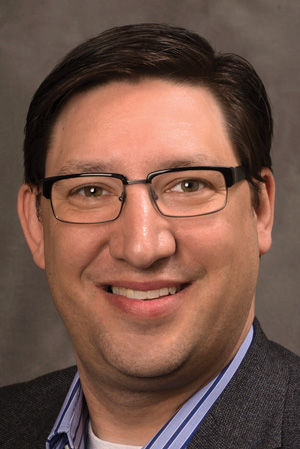 The Jewish Federation of St. Louis has announced the appointment of Michael Oberlander as its Chief Philanthropy Officer (CPO).

As CPO, Oberlander will serve on the senior management team reporting to Andrew Rehfeld, President and CEO of Jewish Federation.

According to a news release, Oberlander “will work to create a transparent and collaborative ‘foundation model’ of philanthropy that achieves the Federation’s mission to ‘preserve and enhance Jewish life in St. Louis, Israel and around the globe.’ ”

Oberlander will work with agencies, synagogues and Jewish organizations in St. Louis, as well as Federation  staff and lay leadership, to oversee the integration several functions of the Federation:

• Assessing and prioritizing the short and longer term needs of the community;

• Planning to meet those needs in the short and longer terms;

• Raising the resources required by current and future plans;

• Investing (allocating) funds from all sources to execute the plans; and

• Evaluating the impact of the investments made.

Oberlander joins the Federation professional leadership after a legal career in St. Louis. After serving as an associate at Bryan Cave, Oberlander joined Caleres, Inc. (formerly Brown Shoe Company) in 2000 where he served as Senior Vice President, General Counsel and Corporate Secretary.  In that role, he managed in-house legal, risk management and internal audit departments for the $2.5+ billion company.  Earlier this year, he became a mentor and limited partner in SixThirty, a venture fund and business development accelerator that invests in FinTech startups and provides them with hands-on training, mentoring, and networking opportunities with the top financial services companies in the region.

Currently the President of the Board of Directors of the Repertory Theatre of St. Louis, Oberlander comes to the CPO position after over 15 years in volunteer leadership at the Federation.  He has been on the Federation board of directors since 1999 and is currently serving as Treasurer, a position he will resign with the commencement of this role.  He has been active in other Jewish community organizations over the last 15 years as well, including significant leadership positions at the Jewish Community Center, Epstein Hebrew Academy and Young Israel of St. Louis. From 1999-2001, he also served as President of the Board of St. Louis Hillel at Washington University after a number of years of active engagement on its board.

Oberlander has a bachelor of arts degree with honors from the University of Chicago and a law degree from Vanderbilt Law School, where he served as associate editor of the Vanderbilt Law Review.  He has also served as an adjunct professor of law at the Washington University School of Law.

Oberlander lives with his wife, Sima, in University City.  They are the parents of four children, Noah, Naomi, Eitan and Ilana.