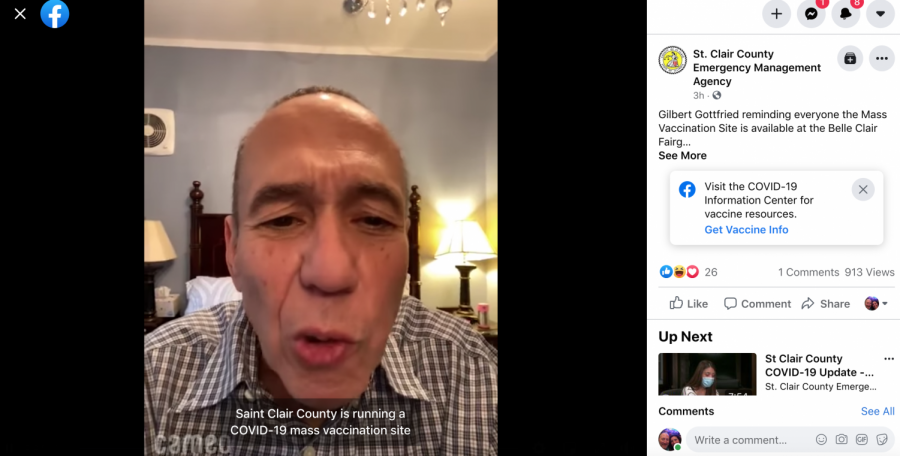 St. Clair County really, really, really wants to get the message out to residents that they’re hosting a Mass Vaccination Site at the Belle Clair Fairgrounds. That is why they turned to the brilliant comedy mind of one of America’s favorite Jewish comedians, Gilbert Gottfried.

Gottfried is just one of the hundreds of celebrities that use the website Cameo to stay active and public, during the pandemic. A video from Gottfried will set you back $175.00.

The prolific comedian and voice actor is well known for his distinctive voice, and his role as the wise-cracking parrot, IAGO, in the Disney classic “Aladdin.

Gottfried became one of the most recognizable voiceover talents, lending his voice to several commercials, cartoons, and movies, including the frustrated duck in the AFLAC Insurance commercials.