Jewish Art Inside The St. Louis Art Museum: Portrait of an old Jew 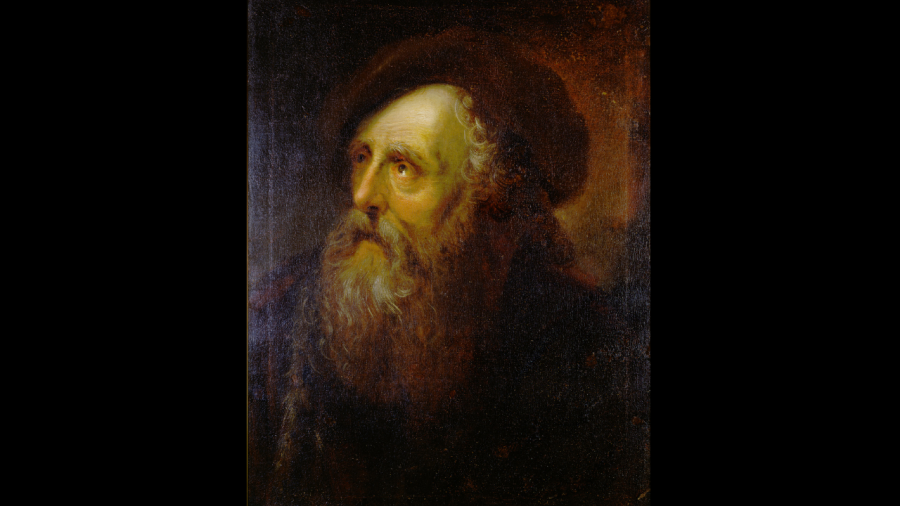 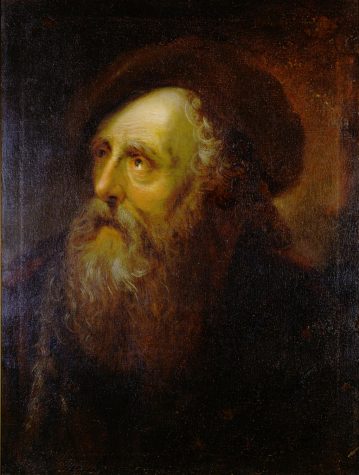 The Story Of The Portrait Of The Old Jew
This piece is an oil on canvas painted by Antoine Pesne, who lived between the years 1683–1757.  In 1707 his portrait of the Prussian ambassador to Venice attracted the attention of Frederick I of Prussia. Fredrick was so impressed with Pesne, he invited the painter to Berlin. Pesne arrived in 1711 and was soon made court painter, quickly establishing a great reputation for his portraits of the leading aristocracy. For Frederick, he painted large-scale mythological and allegorical murals in several royal palaces.

Pesne’s reputation for flattering portraits helped defined 18th-century Prussian aristocracy. His style was revered for his soft touch and muted palette, such as in this painting. It achieves an almost impressionist effect through coloring and brushwork. He also produced a number of ambitious large-scale ceiling paintings, as well as a series on dancers and actresses who performed at the Berlin Opera.
The Old Jew
Here, the old man has a spiritual character. It is certainly emotive, and sensitive. Notice the dramatic lighting and how it underscores the old Jew’s humanity. Pesne’s mastery of light and texture succeeds in emphasizing emotional depth and portrays deep human feelings. Pesne believed that human emotions were more important than any other aspect of life and his subjects’ feelings and experiences are what he wanted to convey.

See how the old man seems to be emerging from the background? That is a very Rembrandt-like quality.

Last month Dale Sharon began hosting a four-part series for the Mirowitz Center on Zoom that will look at Jewish Touchpoints at the St. Louis Art Museum. The zoom sessions will occur on four Mondays at 10 a.m.  The series will continue on Aug. 23 and Sept. 20.

Over the course of this series, which will be offered monthly through September, participants will “brush up” on Judaica, on Jewish artists, and on Biblical stories, all in the context of works from the permanent collection of the St. Louis Art Museum. The series will also “fill in the picture” with a look at Jewish donors, Jewish subjects, and Jewish history, as they link to and connect with the art at SLAM.  Each work that will be spotlighted is, in some way, an expression of Jewish experience, history, or culture.