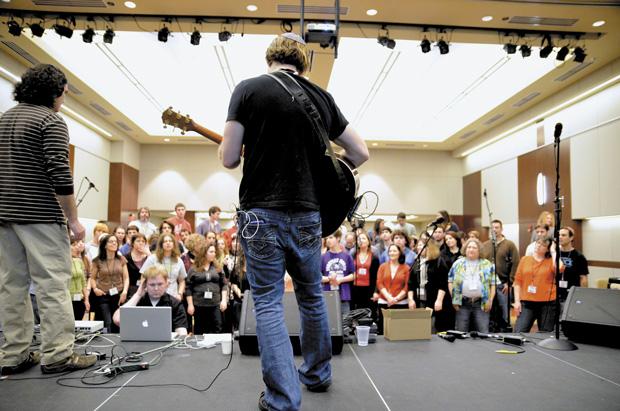 Hosted by the JCC, more than 40 local Jewish educators and leaders will attend SLBC through scholarships provided by Jewish Federation of St. Louis. This year, the SLBC conference will also launch an SLBC Speaker Series providing opportunities for St. Louis Jewish community professional and lay leadership to collaborate with distinguished SLBC faculty.

Scheduled to attend are Rabbi Sharon Brous, spiritual leader of IKAR in Los Angeles and the most influential rabbi in the nation according to Newsweek and the Daily Beast; Rabbi Micah Greenstein, spiritual leader of Temple Israel in Memphis; and Billy Jonas, a nationally touring music artist and educator.

“The future of our Jewish community is dependent on well-trained and highly effective Jewish professional and lay leaders,” says Rabbi Brad Horwitz, JCC director of Helene Mirowitz Center of Jewish Community Life and SLBC co-founder. “The SLBC national conference continues to make an incredible impact on the Jewish world in this area both nationally and now even more so in the St. Louis Jewish Community.”

“SLBC has a proven track record of being a dynamic, innovative and impactful program that inspires participants to lead, not merely with song but in all aspects of life,” said Andrew Rehfeld, president and CEO of Jewish Federation of St. Louis. “I say this not only as the head of the Jewish Federation of St. Louis that supports the program, nor as a song leader for the last 30 years. Most importantly, I say this as the father of a two-time graduate of the program. I have seen its impressive results first hand.”

SLBC offers an exploration of the physiology, psychology, strategy and execution behind Jewish teaching and songleading. It focuses on methodologies used for educating, entertaining and inspiring Jewish communities in both formal and informal settings, crossing religious denominations from the classroom to camping to youth groups and beyond.

Registration is available online at songleaderbootcamp.com/register. The cost for the three days of programming, including materials and meals during conference hours, is $395. Scholarships and discounted group rates are available. Contact [email protected] for more details.