How Sabrina Gornish became one of St. Louis’ most sought-after kosher bakers 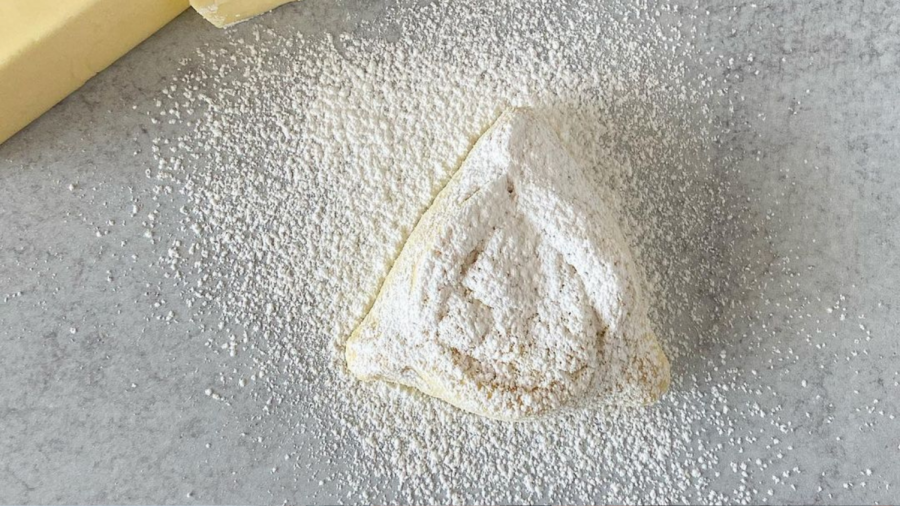 Sabrina Gornish likes to joke that her dessert-making skills were honed by boredom.

During one particularly light semester in college, Gornish passed the time watching the Food Network at the height of popularity for baking shows like “Cake Boss” and “Ace of Cakes.” The more she got into the programs, the more her confidence that she could recreate what she saw grew – and she had the perfect test cases for her goods.

“I lived in a house with nine girls, so in my free time, I was always making someone a birthday cake,” Gornish says. “I wasn’t in class three days out of the week, so I just spent my time deciphering techniques. I’ve always been artistic and liked painting, drawing and creating stuff. It just grew from there.”

As the force behind the Instagram account @sweeettoothstl, Gornish has become one of St. Louis’ most sought-after kosher bakers, a reputation gained from her stunning confections, including cakes, cupcakes, cookies, macarons, and more. For the last six years, Gornish has been offering her services to the Jewish community and beyond, viewing her operation as more of a community service than a business.

In fact, that community-oriented spirit is why Gornish started @sweettoothstl in the first place. A native New Yorker, Gornish moved to St. Louis when she got married and was struck by how few kosher restaurants and bakeries there were in her new town.

Though she was busy with Occupational Therapy school at Washington University, Gornish baked for family and friends who were thrilled that she was able to produce the kosher confections they longed for. The more she produced, the more confident she became, and she eventually started a Facebook album, jokingly titled “What I do when I should be studying” to showcase her wares. To her surprise, people began to notice.

“People would reach out to me and tell me that they wanted these types of cakes, but that there was nothing like it in St. Louis that was kosher,” Gornish says. “I started having people say that if I made them something, they would pay me for it. I didn’t really know anything about running a business, but I figured, ‘Sure, I’ll make you a cake and charge you for it.’ Really, it was a creative outlet, but I figured that if it turns into a few bucks, that’s great too.”

Gornish’s reputation for quality cakes and desserts kept growing until it absolutely exploded thanks to Instagram and Facebook groups like STL Jewish Mamas. Before she knew it, she was inundated with custom orders and occupying a great deal of her off time building her baking brand. She admits there has been a lot of trial and error; not one to tell people that she can’t do something, Gornish is inclined to take on a new pastry project even when there is a steep learning curve involved.

“I’m pretty much open to making everything,” Gornish says. “One time, someone asked me if I could make cookies for a bar mitzvah. I’d never touched cookies before, and I wasn’t going to say no, so I was determined to figure it out. It was a disaster. They were terrible.”

Looking at the gorgeous cookies that now populate her Instagram account, it’s hard to imagine there was ever a time they turned out less than perfect. Gornish credits her passion for art for part of her success. The other reason she believes that baking appeals to her so much is due her love of the science of it all. She loves the precision of baking, the chemical reactions and how the different ingredients work together to produce something special. Though Gornish enjoys experimenting with some parts of the process, she likes recipes and order – which is why it drives her crazy when her husband tries his hand at baking.

“My husband is the cook and I am the baker,” Gornish laughs. “If he makes pancakes, he’ll just throw something in there and say he doesn’t have to measure. I’m like, ‘You can’t do that! This is science.’ I really like the precision of it and that it is fact. You can experiment, but you still need all the parts.”