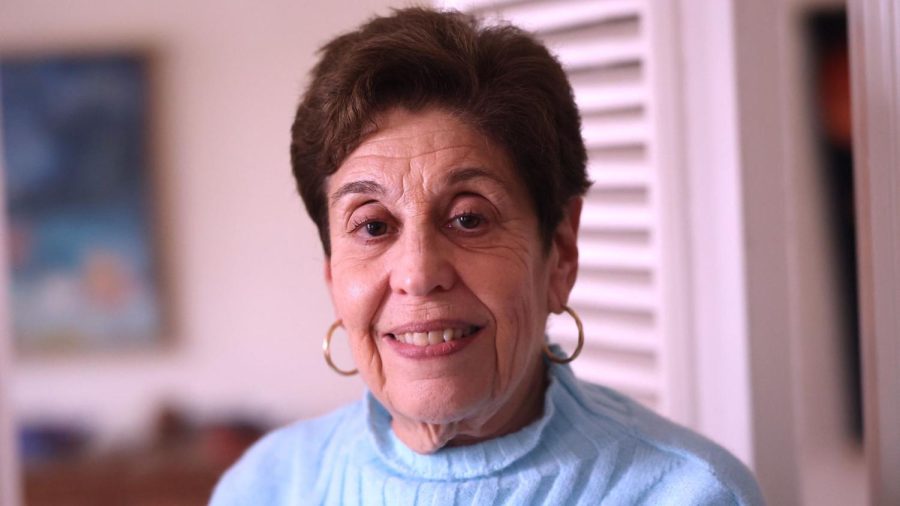 By Bill Motchan , Special to the Jewish Light

The Jewish Light recently checked in with Susan Glassman, a member of Central Reform Congregation and immediate past co-president of Women’s Voices Raised for Social Justice.

Glassman is committed to uplifting women and children through her work in the community. She finds her volunteer work as rewarding as she did her various career roles, including deputy city manager of University City, executive director of the American Lung Association and executive vice president of Urban Strategies. When she’s not working on one of her various volunteer projects, Glassman can be found hiking.

What are some of the key issues Women’s Voices Raised is addressing?

First is a sensible approach to gun safety. We distribute gun locks, the idea being mostly to keep children safe by keeping guns safely stored. We also want to prevent suicides. Before COVID, we did that primarily at community events and health fairs. Now we do it through police and fire departments in the city of St. Louis, through libraries, and partnerships with organizations like the Urban League.

Are there other critical initiatives you are working on?

One major issue is criminal justice reform. Right now, we’re focused on expungement, known as Clean Slate, if a person has been charged with but not found guilty of a criminal act, or if they had a clean record for several years after committing a non-violent crime. Several states are having success with electronic expungement programs. The idea is to clean people’s records so that they can move on with their lives to get jobs and housing. Women’s Voices is also working for affordable housing and women’s reproductive rights.

The organization is also working on supporting voter’s right, correct?

Yes, nothing is more important than the voting issue, including registering voters and getting people to the polls. Another thing that we do is fight disinformation that prevents people from voting. That also applies to getting important information about healthcare.

Can you share some of the work you’re doing in early childhood education?

It’s another passion of mine. I am on the board of the Flance Early Learning Center in north city. Our biggest challenge is recruiting and keeping good teachers. We do that by treating our teachers as valued professionals and providing them the resources they need. What I’m excited about now is working on outcome evaluation, to show in a quantifiable way that being there makes a difference. The other goal is to create a model that can be replicated in other parts of the city.

Are you participating in any other volunteer efforts?

I speak Spanish—not fluently, but well enough—and I work with Asylum Seekers to help them with their asylum applications. I do this work through the Interfaith Committee on Latin America.

How did you learn Spanish

I took classes in high school and college. I feel people should be bilingual and we don’t do a very good job of that as Americans, so I had one-on-one classes with Washington University graduate students. My current teacher lives in Mexico City, so we use Skype

You worked for University City as deputy city manager. How did that come about?

Do you have any hobbies or other interests?

I’m a writer. I write short stories and creative nonfiction. One of my best stories came about when I was looking at somebody sitting alone in a coffee shop and suddenly her life became illuminated as I imagined it. I have the ability to observe random things and weave them into a story.