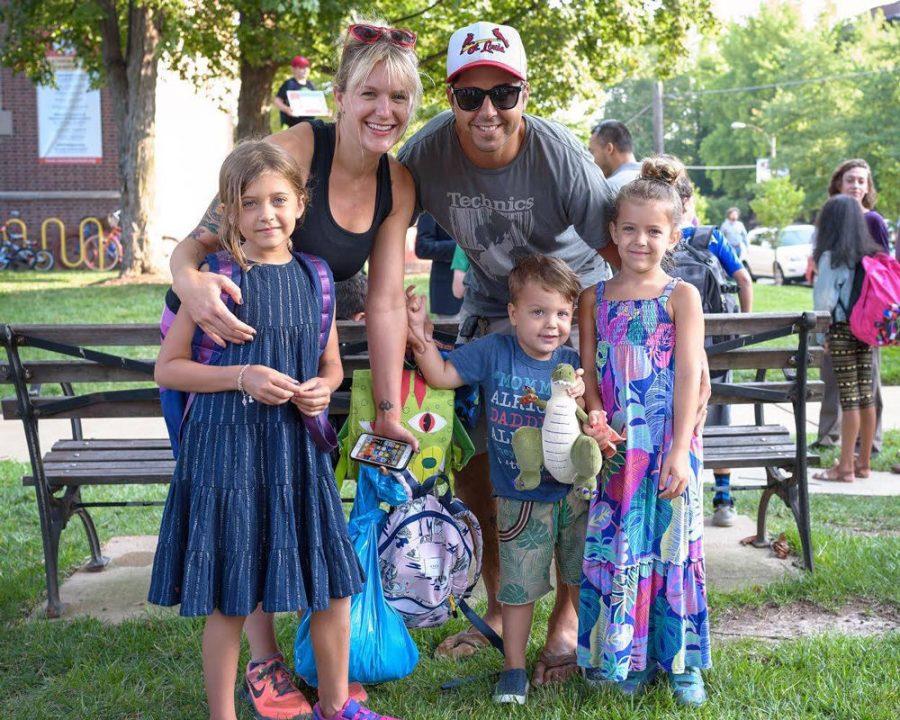 Roo Yawitz, with his wife, Kim, and their children, is a founder of  the Gateway Resilience Fund, which aims to help workers and small business owners who are struggling during the pandemic.

In mid-March, as restaurants and bars were closing or limiting service, Roo Yawitz recognized independent business owners and employees would need some relief.

Yawitz, the owner of The Gramophone, a sandwich pub in the Grove neighborhood and a partner in Niche Food Group with chef Gerard Craft, approached the St. Louis Community Foundation about starting a fund to provide short-term monetary relief to small businesses and employees most affected by the coronavirus pandemic.

“Especially in the restaurant and bar and music industry, nobody has any savings. It’s just not an industry where people save money. So even as early as March 15, for example, when (businesses) didn’t need to be closed, you still had bartenders who would have been buying groceries but couldn’t because they made no tips the night before,” said Yawitz, who is Jewish.

A little more than a week later, the community foundation launched the Gateway Resilience Fund and started accepting donations. Soon after, it started taking applications.

By April 14, the foundation had distributed about $1 million to more than 1,800 people. Yawitz said the community foundation, which has managed the fund, has received such a massive number of applications that the “processing of them and doing the due diligence . . . has been incredibly cumbersome. The community foundation has done an unbelievable job because they had no idea five weeks ago that they were going to be doing this.”

Yawitz and others have since enlisted local businesses to collaborate on fundraising efforts. Kaldi’s Coffee produced a Gratitude Blend, which sells for $20, with the proceeds going to the Resilience Fund. The St. Louis Blues recently launched a virtual 5K race. Sugarfire Smoke House distributed free meals at its Olivette location and collected money for the fund.

“Gerard and I wanted to have something where people could feel good that the money [they donated] was going to go to where they thought it was going to go,” Yawitz said. “And nothing against other people who are raising funds for people in this industry or restaurants who are raising funds for their own employees, but this was just something else that would be more of a community effort.”

Despite the success of the fund, Yawitz sees it only as a crisis and disaster relief fund, not a long-term project. As people have started to file for unemployment and receive checks, Yawitz hopes that the fund will no longer need to fill that void.

The foundation recently had to temporarily suspend applications to the fund because it needed to raise additional money to fulfill requests. To donate, visit https://stlgives.org/covid19/gateway-resilience-fund.