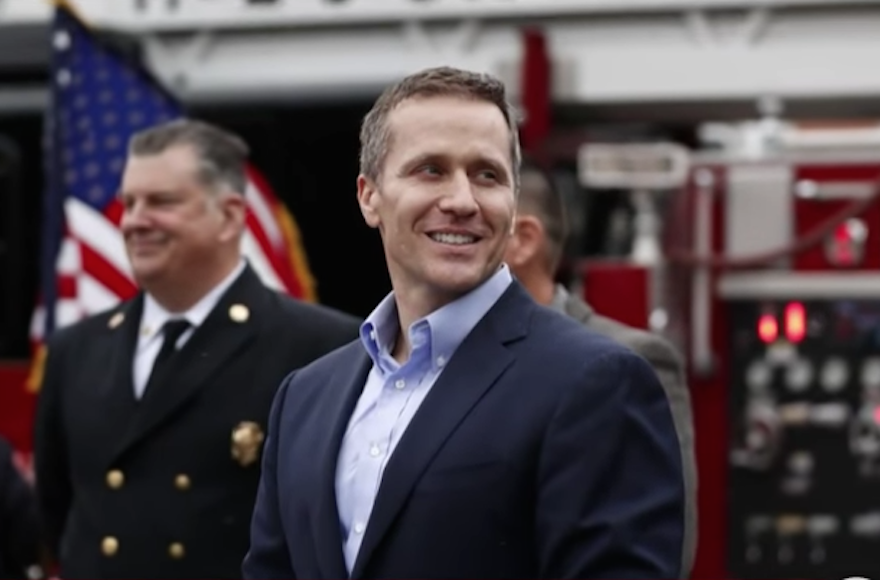 Eric Greitens, the governor of Missouri, has been indicted for felony invasion of privacy after allegedly blackmailing a former lover.

Greitens has resisted bipartisan calls to step down after news emerged in January that he had an affair with a woman in 2015, then photographed her while she was in a compromised position. He allegedly threatened to release the photo if she ever revealed the affair. Greitens has admitted to the affair but says he did nothing illegal.

He was indicted by a St. Louis grand jury Thursday. The indictment accuses him of photographing the woman, then transmitting the photo “in a manner that allowed access to that image via a computer,” according to the Kansas City Star.

“As I have stated before, it is essential for residents of the City of St. Louis and our state to have confidence in their leaders,” St. Louis Circuit Attorney Kim Gardner said in a statement. “They must know that the Office of the Circuit Attorney will hold public officials accountable in the same manner as any other resident of our city.”

Greitens, a Republican former Navy SEAL whose seven military awards include the Bronze Star, became the first Jewish governor of Missouri when he was elected in November 2016.