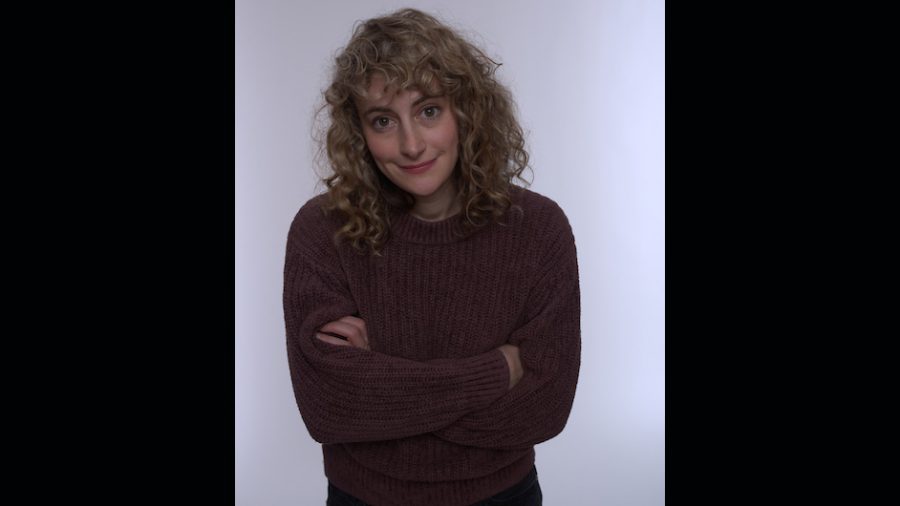 Before the pandemic, Clayton native Jo Firestone, 33, a comedian, actor, writer and podcast host who now lives in Brooklyn, N.Y., began teaching senior citizens how to perform standup comedy. When the pandemic shut that down, Firestone and her charges took to Zoom to pick up where they had left off.

The results of these workshops will be on display Friday, Oct. 15 when “Good Timing with Jo Firestone” premieres on the Peacock streaming service.

In the show, she works in-person with 16 golden-age comics, coaching and coaxing them, before sitting down with each to discuss their motivations and comedic strengths. The conversations are equal parts hilarious and heartwarming as it becomes clear that old dogs can indeed learn new tricks, or at least improve upon ones that they innately know but are buried inside.

I spoke with Firestone about this endeavor and more by phone in May, before she knew about the Peacock show. When I asked how you teach someone to be funny — isn’t that something you are or aren’t? — she explained her main object was helping her students become comfortable with their own voice.

“It’s mostly creating an environment and creating prompts for them to figure out their own voice,” Firestone, who celebrated her bat mitzvah at Congregation Shaare Emeth, explained. “It’s feeling confident about what comes out of your mouth and then you can work to sharpen the delivery and on timing.”

I initiated the call with Firestone after watching her in the third and final season of “Shrill” on Hulu, starring Aidy Bryant (“Saturday Night Live”).

In “Shrill,” Firestone plays Maureen, who is the exceedingly whacky officemate of Bryant’s Annie. At one point, Maureen explains how her ex-boyfriend became her stepdad.

With Firestone’s Maureen, it’s not so much what she says — though what she says is usually outrageous — but how she says it. Her facial expressions, matter-of-fact delivery, little-girl inflection — you name it — all work to create a character who makes an indelible impression.

So indelible, in fact, that I knew I wanted to speak to her. I asked her parents, Fred and Marilyn Firestone, who still live in Clayton, for their daughter’s phone number. (I got to know the Firestones when I did a story about a dinner club they maintained with friends over 40 years.)

I was able to have a delightful conversation with Jo.

“After college (at Wesleyan University), I was going to take a social work kind of job,” she said. “My friend Dylan Marron and I had written this show together, and we just thought this show is so fun and maybe we could stay afloat doing the show on tour for a few months. We tried that and that kind of led us into doing shows in New York.

“There is no right way to do comedy,” Firestone continued. “It’s a hard path to pursue. It really helps if you know people — figuring it out for yourself is like trying to learn how to make a wheel without wheel instructions. There’s a lot of trial and error.”

Clearly though for Firestone, there’s also been a lot of career success. She has written for “The Late Show with Jimmy Fallon” and performed on the show; done stand-up on Comedy Central, as part of “Comedy Central Stand-Up Presents Jo Firestone” and is the host of the program “Dr. Gameshow,” which originated on WFMU radio and is now a podcast on the Maximum Fun network.

During the pandemic, she lamented the fact that she couldn’t perform in person, but figured she’d make the best of it.

“My boyfriend said I went from doing two shows every night to someone who just talks about their dog,” she told me. “And that’s OK, because I now go to bed at 9:30.”

I don’t subscribe to Peacock, but given Firestone’s likability and unique brand of comedy, maybe it’s time to sign up for a trial.