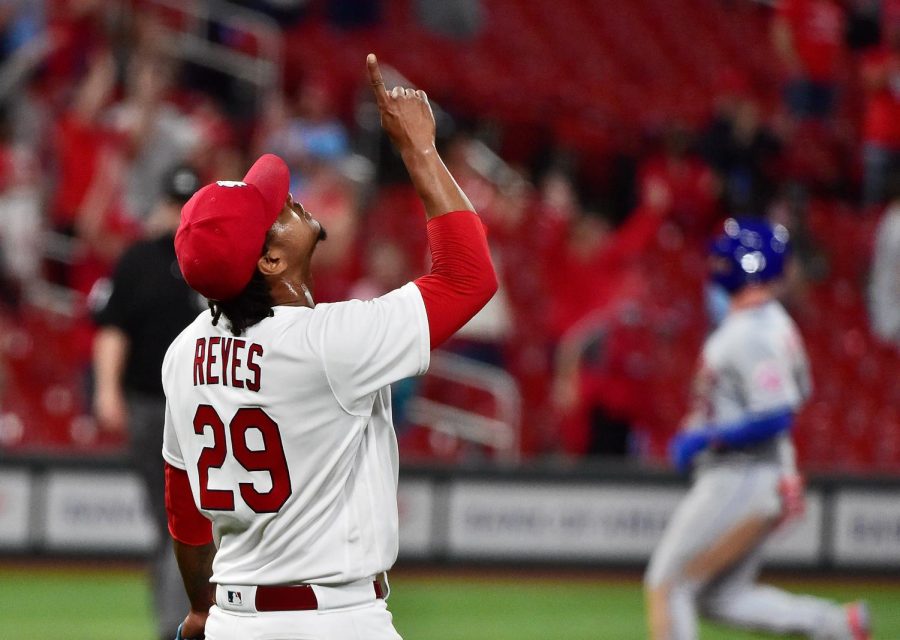 Here’s a fact. Alex Reyes has only allowed six hits this season, proof that the only person who can get in his way happens to be the same guy looking back at him in the mirror. Whether it be walks or off-field trouble and drama (drug suspension or wall-punching), the New Jersey-native built his own cell in the early going of his career.

Couple that with health scares on the home front with his daughter and being stricken with every major injury that a professional pitcher could find in his first five years on the job, and you have a pitcher who craved rebirth. The year 2021 represents a page-turn for the soon-to-be 27-year-old ex-phenom.

For the first time in a long time, he is healthy and electric at the same time for more than a handful of appearances. Instead of starting games, Reyes is finishing them. As the sun rose and the coffee was sipped this morning, he was tied for second place in the Major Leagues with eight saves, behind former Pirates closer Mark Melancon and starter-turned-reliever Ian Kennedy.

And it’s perfect timing for the Cardinals, who are currently missing Jordan Hicks, the young gun who just returned from Tommy John surgery this season. T.J. is known as the kiss of death for pitchers, especially younger hurlers. Just ask Reyes, who suffered the ailment and underwent the surgery four years ago. When it comes to waiting to take flight in the Redbird school, Reyes is an expert.

In addition to the elbow ligament surgery in 2017, Reyes tore a tendon in his lat muscle in 2018 after making a brief return to the team. In 2019, he broke a finger after punching a wall following a rough outing. Back in 2015, before his big STL entrance in 2016, he was suspended for a positive drug test, when marijuana was found in his system. At one point, some media in town thought the man’s constant false starts were reason to move on. Thankfully, the Cards didn’t.

It’s not like hitters have any more of a chance to collect a hit off him these days. In 14.1 innings pitched this season, he has allowed just six hits and struck out 15. The lack of hard contact and foolish swings should tell you that the guy is still a bargain at $900K for the season.

How does he collect those outs? Reyes brings a lethal five-pitch mix to a one-inning job. Essentially, he carries a starter’s attack to a closer role. He relies heavily on a four-seam fastball that reaches 98 mph and sometimes triple digits. He collects more swings and misses with a slider that settles in around 86 mph and a sinker (aka two-seam fastball) that also comes in around 97 mph. But don’t forget about the 78 mph curveball and changeup carrying 89 mph heat. Imagine standing at the plate trying to guess what he’s coming with next.

According to Baseball Savant, out of 33 batted balls, Reyes has only allowed the hitter to barrel a baseball on two occasions this season, which comes out to a 6.1% chance of someone getting the strong part of the bat on one of his offerings. If there’s a wicked elixir in his arm, the slider takes the cake. In 65 sliders thrown this year, hitters have a .077 batting average and slugging percentage. In other words, very weak.

Reyes’ Achilles’ heel at the moment is the free pass. He’s walked 12 batters in those 14.1 innings so far in 2021. It’s not a lie to say that his outings remind fans uncomfortably of Trevor Rosenthal’s rougher moments as the closer. He’d get the job done but take a few inches off your nerve endings in the process. Both pitchers were electric, but had a hard time getting around their wildness. Reyes has also thrown four wild pitches this season, something that will hopefully improve with more outings and warmer temps.

In a nutshell, the only chance a hitter has against Reyes is hoping he can’t find the plate. So far, while dicey and heart-wrenching at times, he has tried for eight saves and collected all eight. With all the other issues with this team, the closer isn’t one of them-and that’s with another Injured List stint for Hicks.

I wouldn’t expect Reyes to stay in the closer role much past this calendar year. He offers a team too much value in a starter’s role with those types of pitches to remain a one-inning threat. With uncertainty next year in the rotation’s make-up, I wouldn’t be surprised to see him barge his way in. After all, he’s a rare breed.

Most players hit a few roadblocks and lose the map, choosing to turn around and call it a career, or become victim to bad habits. Reyes made mistakes and ran into every trouble a pitcher could find in the first five years of his career, but here he is. When faced with a personal problem, he pushed through. When faced with a physical problem, he did the work and the rehab every time. In the words of Joe Buck, against all odds, Reyes just wouldn’t go away.

Bumpy ride or not, Reyes doesn’t become a free agent until 2024, which gives the team control through his 30s to determine that starter/finisher route. Either way, his mentality is strong as an ox, nearly as lethal as his pitching. Ever since he dazzled fans with that inning of work against Cincinnati five years ago in his debut, Reyes has held the attention of Cardinal Nation.

This year 2021 is the first time in a long time that the attention isn’t wavering. It’s strong and hopeful, just like Alex Reyes.