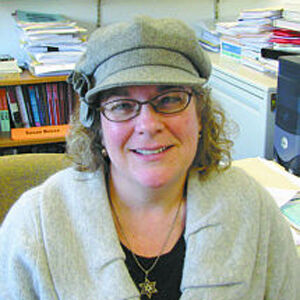 Center for Jewish Learning eliminated; some programs will continue under different department

Thirty years ago, Rachel Guller started taking adult classes from the Central Agency for Jewish Education and Engagement (CAJE) and continued when it merged with the Jewish Federation of St. Louis.

The teachers were “marvelous people, but the opportunity to interact with your Jewish community, all ages, all generations, all synagogues, in one class, that was just wonderful,” said Guller, 82.

A couple of weeks ago, Guller received an email from Federation informing students that it would be discontinuing its Center for Jewish Learning (CLJ) adult education classes.

Guller, a member of Kol Rinah, wrote in a reply that “it was one of the saddest emails I ever had because Federation had served as such a great resource for Jewish education.”

That was a common sentiment among teachers and participants in the CJL program, many of whom have taken classes for decades.

Leaders of the nonprofit organization, which funds Jewish groups throughout the St. Louis area, eliminated the adult education classes because they determined that it “was often duplicating or competing with other institutions and synagogues. That is something our own criteria call for us not to do,” a Federation spokesperson stated in an email.

A number of teachers and participants said while they also taught and took classes at their synagogues, they viewed the Federation classes as opportunities to interact with people from other sectors of the Jewish community and to learn curriculum that was distinct from what was offered at their synagogues.

Cyndee Levy, the director of the center, and Rabbi Tracy Nathan, an educator in the program, were both let go as part of the move; their last day was Sunday, May 31. Nathan had been with the organization since 2017. Levy had been with CAJE and then Federation for 18 years.

The center had typically offered 60 to 75 classes each year and served about 500 people in 2019, Levy said. Both she and Nathan declined to comment further.

While the organization has ended its Center for Jewish Learning program and will no longer offer adult education programs, it will maintain its Sh’ma: Listen! Speaker Series, the Shinshinim Israeli emissary program, and professional councils connected to religious school and early childhood educators, wrote Karen Sher, Federation vice president of community engagement, in a letter to adult education class participants. Those had been part of the CJL program but will be reassigned to the community engagement department.

“We plan to work with the teachers and continue to promote the adult learning opportunities. We will be working with all of our community partners to determine what is appropriate for all of them and how we can help support their work,” Rick Jackoway, Federation communications manager, told the Light.

Federation formed the center as part of the 2015 merger with CAJE, which facilitated adult and youth education programs.

While no jobs were cut during the merger, in 2016, Federation eliminated the Jewish Opportunities and Learning for Teens (JOLT) program due to declining enrollment.

The organization said the latest cuts were not due to financial problems caused by the coronavirus pandemic.

“This was the right thing to do so that we can allow our community partners in this space to continue to grow,” a Federation spokesperson wrote in an email. “We look forward to supporting them in those efforts.”

Guller, who is retired but worked as an English teacher and then in information technology, started taking a contemporary Jewish writers class in the late ’90s.

In 2005, Marcia Moskowitz, also a former English teacher, took over the class, and it started to sell out each year, with the same 20 or so students. About five years ago, Moskowitz added a second section of the class.

“I loved the chance to explore contemporary writers,” said Moskowitz, who belongs to Congregation Shaare Emeth. “I would do the research and find new writers and introduce them to the class. And sometimes the works were more difficult, and what we enjoyed was the discussions that would evolve from them.

“I also have always taken classes. My theory was: Teach one, take one.”

Guller enjoyed “hearing from the Israelis in the classes, hearing their point of view when we were reading an Israeli author. It was interesting reading different books at different times when they were written and seeing how they were still applicable to today’s life.”

Susan Bosse, a retiree who worked in the nonprofit sector, has taken the contemporary writers course for 13 years. She says people never left; they either moved out of town or died.

Moskowitz “is incredibly knowledgeable about Jewish authors and literature and so encouraging, where she will mention an author or a book we are going to read, and someone will go, ‘Ohhh, no.’ ”

But Moskowitz would then say, “You didn’t read him with me before. After we read him in this class and discuss him in class, I want to hear what you have to say then.”

Bosse also disagrees that there was overlap between CJL courses and classes offered by congregations.

“There are areas of education that I know my synagogue [Congregation B’nai Amoona] does a wonderful job with. If I wanted to take those kind of classes, I might consider taking them there,” she said. “The classes I took through Federation have been things that are entirely different. (At B’nai Amoona) there are no Jewish literature classes. There’s a book group, but a book group is not the same thing as a literature class.”

Rabbi Seth Gordon of Traditional Congregation taught CJL classes centered around a book of Torah or a section of the Talmud and on thematic issues such as lashon hara, harmful speech.

“Since I have been here [2007], there haven’t been any communal-oriented classes that bring exposure from different teachers to different adult students and different adult students to each other, regardless of which synagogue they are affiliated with or even if they are not affiliated at all,” said Gordon, who had seen some decrease in enrollment in classes in recent years. “Of course, we fulfill needs like caring for the poor, which I think we do very well in St. Louis. But I think without a core development of Jewish identity through our religious texts, we will continue to disintegrate and fade rather than be strong.”

Federation leaders heard from synagogues that they were not offering particular classes because Federation was already offering them, Jackoway said. The organization could potentially provide space in its building and promotion over social media to people holding classes previously organized by CJL.

“This is something new that is being built, but we are confident that there is going to be a robust adult education experience going forward,” Jackoway said.

In her letter to CJL participants, Sher wrote that these “have been difficult decisions. We recognize that many of you have been participating in adult learning programs for decades, first through CAJE and then through the CJL. Please know that, while Federation will no longer be offering these learning experiences, we deeply value adult learning and will continue to work with community partners to support a robust infrastructure of Jewish learning opportunities.”

Moskowitz was on the board of CAJE when the organization made the decision to merge with Federation.

“Federation had more resources to offer CAJE, and that was why the decision was made to merge,” she said. “We believed that was the right [decision] for the benefit of the community. Obviously, the vision didn’t materialize.”

Bosse said participants in Moskowitz’s class plan to continue the course at a different venue, perhaps a synagogue or condominium complex.

She said one of the things that bothers her the most is that “we Jews pride ourselves on being the people of the book, and yet we are canceling out Federation’s education aspect?”