Despite the pandemic, Mizzou AEPi’s Rock-A-Thon continues to roll 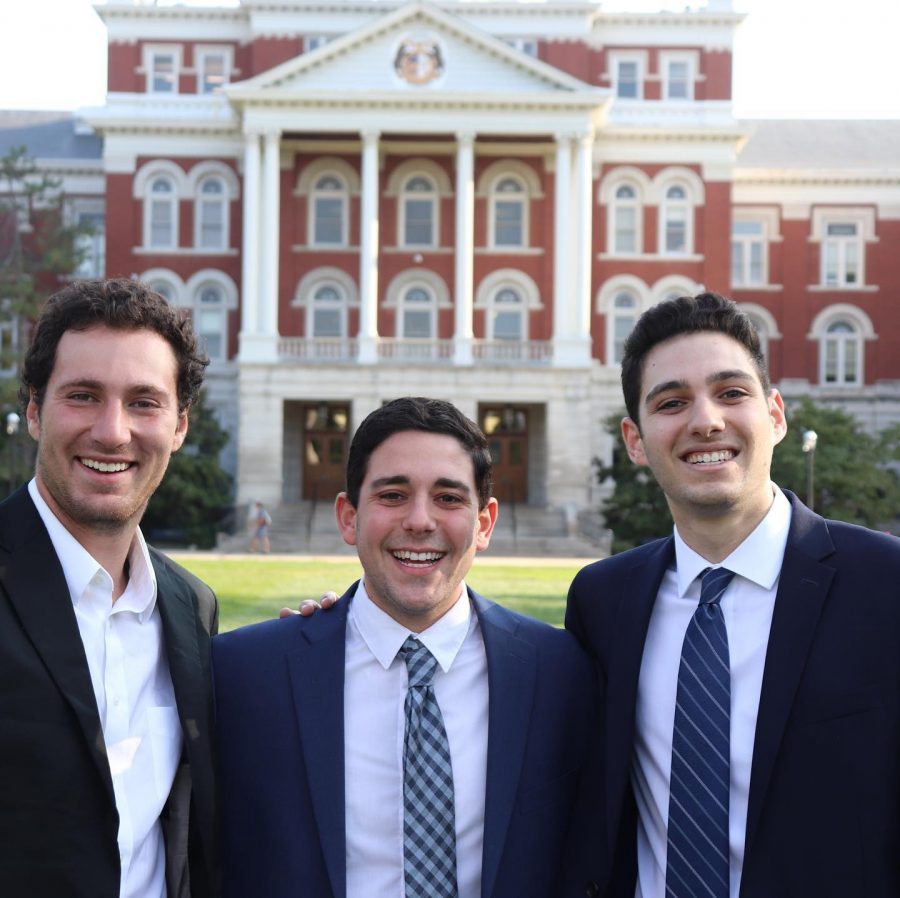 When I think about my college experience at the University of Missouri, from 2016 to 2020, there are some amazing memories I can look back on. However, the one that sticks out the most, and I look back on it with pride, is being a part of AEPi’s Rock-A-Thon Philanthropy.

Rock-A-Thon is a biannual philanthropy that raises money for the American Cancer Society. A member of Mizzou’s Alpha Epsilon Pi fraternity sits in a rocking chair for 63-straight hours, while the rest of the chapter takes to the streets of Columbia, Mo., collecting donations in cans and spreading awareness about a deadly disease that affects almost everyone. Since the first event in 1969, the chapter has raised over $1 million.

AEPi has been recognized nationally for the amount of awareness, brotherhood morale and money it has raised when putting this event on. Past years have seen the fraternity raise more than $130,000, the largest single-chapter Greek philanthropy at the time, and it continued that success throughout my college years, raising $102,000 and $110,000, respectively.

Having lost my grandfather to lung cancer my sophomore year of college, the philanthropy really hit home. Not only was I personally affected by cancer, but seeing my chapter, my friends, and my brothers come together to get involved in something bigger than themselves made an indelible impression.

Like a lot of organizations, the fraternity has been hit hard by the COVID-19 pandemic. The 2021 Rock-A-Thon event, which takes place from April 15-17, will present many challenges, and the philanthropy won’t be able to continue like it normally would. While the three chairmen of this year’s event realize the fraternity may fall short of its monetary goal, they have high hopes the Rock-A-Thon will raise awareness about cancer prevention as well as boost brotherhood morale.

“Obviously, this year has been very challenging due to the pandemic,” said one of the chairmen, Jacob Resnick. “The morale of the brotherhood has been inconsistent because we aren’t together a lot, but our plan is to get as many people together as possible, whether in-person or not.”

Given Mizzou and the city of Columbia’s COVID restrictions, members of the fraternity will not be able to take to the streets and cover as much ground with donation canning as they normally would.

“We are work(ing) with the city to make sure everything we are doing is safe and socially distant, like keeping our donation canning groups under four or five people, and wearing masks,” said chairman Evan Mack. “We’ve also gone to a lot of local businesses around Columbia to ask if we can place cans at their register.”

Added the third chairman, Noah Prelutsky: “We will be able to can on campus, but none of the big stores that we normally can at will allow us to do so, for obvious reasons. However, we’ve been trying to overcome that obstacle by running events that aren’t in person.”

One way the fraternity has tried to raise more awareness this academic year was by a chapter-wide No Shave November, where individuals could sponsor members through online donations.

Additionally, AEPi is running a safe, socially distanced golf tournament, which will take place on Sunday, March 14. This, along with a formal dinner the Tuesday before the philanthropy starts, are some of the many ways the chairs hope to bring the brotherhood together during this difficult time.

Despite these challenges, however, the philanthropy chairs are impressed with how well the group has come together.

“Obviously, COVID has made things difficult, and donations are the main way to help, but it’s a testament to the guys, this house, and this event, that through a global pandemic this event is even happening,” said Mack.

“The level of support is crazy,” Resnick added. “It’s humbling to see the number of alumni reaching out, and the amount of donations and support is crazy to see. I know a lot of individuals and businesses are struggling, but the support is still overwhelming and amazing to see.”

One can get involved and help the fraternity by visiting their website to learn more information, as well as donate through their GoFundMe. All proceeds go to the American Cancer Society, which funds cancer research. In addition, the chapter will be active across Facebook, Twitter, and Instagram, to reach more of an audience in an increasingly digital world.

“The power of the internet is going to be an essential tool to our success,” Resnick said. “The money we raise is great, but the awareness is most important.”