Dawes is among Jewish acts coming to St. Louis this fall 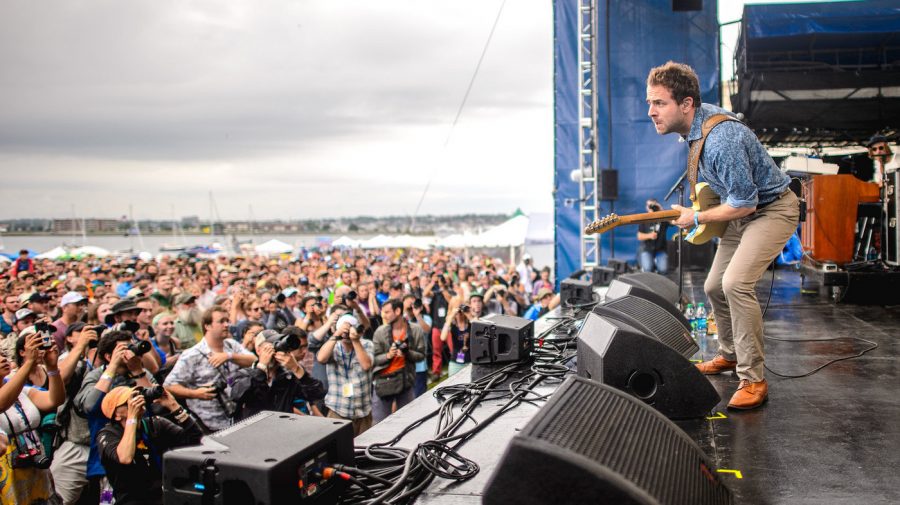 Taylor Goldsmith of the band Dawes performs at the 2014 Newport Folk Festival.

People in St. Louis who enjoy hearing that a particular performer is Jewish will have plenty to smile about in the coming months.

As promised, we will periodically update you on touring acts featuring Jews that booked local shows.

And as it would be nearly impossible to discover all the Jews scheduled to perform in St. Louis, if we have missed someone, please let us know by emailing [email protected]

A number of the musicians who performed in the 2020 musical Virtual Seder will be coming to St. Louis with their bands.

On Sept. 17, the six-piece funk band Lettuce will perform at The Lot on the Landing, a pop-up venue at Laclede’s Landing. Lettuce features trumpeter Eric “Benny” Bloom, who performed a tune for the second cup of wine during the virtual seder.

On Dec. 16, the nine-piece funk band Turkuaz will perform at Delmar Hall. The band appears to have at least two Jewish members: Josh Schwartz on vocals and baritone sax and Sammi Garett on vocals. Check out their rendition of “Sunrise, Sunset” from the virtual seder:

On Dec. 8, Dawes will perform at The Pageant. The four-piece folk-rock band from Los Angeles features the Jewish brothers Taylor and Griffin Goldsmith, on guitar and drums respectively. The Forward documented Taylor Goldsmith’s marriage to Mandy Moore.

Take a listen to the Dawes song “When My Time Comes”:

On Sept. 10-11, comedian Ahamed Weinberg will perform at Helium Comedy Club. Weinberg is a Jewish-Muslim-Catholic comedian. Read the Forward’s profile of the comedian here:
https://forward.com/culture/343471/meet-ahamed-weinberg-the-jewish-muslim-catholic-comedian/

And hear him describe what it’s like to be a “white Jewish, Muslim vegetarian” named Ahamed Weinberg.