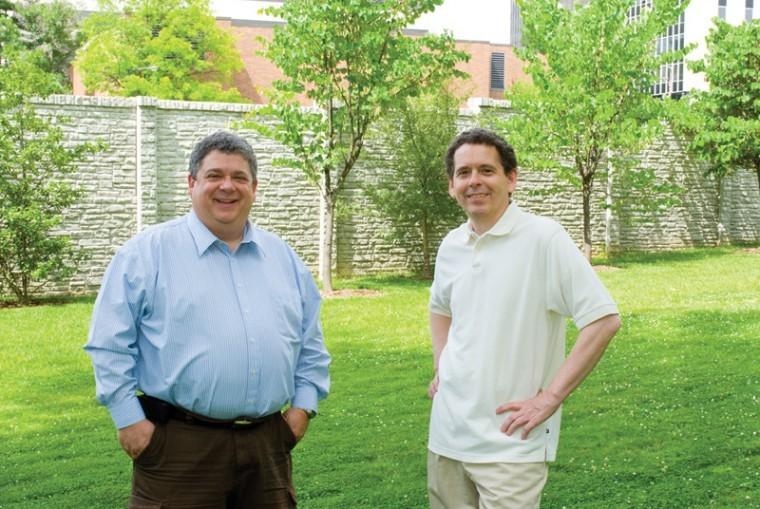 More than a year after stalling with no apparent resolution, merger talks between Brith Sholom Kneseth Israel and Shaare Zedek Synagogue appear to have reignited last week.

“I don’t have a crystal ball and can’t predict anything,” said Susan Cort, president of BSKI. “We have people who sit on both sides of the fence opinion-wise. As far as myself, I think all possibilities are within the realm.”

Both Cort and Mitchell Shenker, president of Shaare Zedek, confirmed that the boards of the two Conservative congregations voted March 28 to resume official discussion over a possible joining. Calling the vote margin “overwhelming,” Shenker said the move comes on the heels of two months of informal conversations.

“There is no guarantee there’ll be a merger because we have a lot of presenting to do and a lot of details to work out over the next six months,” he said, “but we’re going to attempt to present a merger proposal to both congregations prior to the High Holidays.”

The previous bid to unify the two institutions began in mid-2009 when a 14-member committee kicked off a year and a half of talks that ultimately collapsed at the end of 2010 when each congregation’s board voted and one or both rejected moving the conversation to a more formal level that would put together a specific blueprint.

Shenker said last week’s action wasn’t starting over from scratch but rather a reboot of that same effort with the initiative picking up right where it left off.

Rick Kodner, immediate past president of BSKI, was instrumental in the previous round of conversations. He said the progress that was made during the earlier talks, as well as the more firmly benchmarked timeline this time around, would make it unnecessary to reinvent the wheel and makes a quicker conclusion likely.

“One of the things about what was done the last time over the 18 months, it was very thorough so there are a lot of things that don’t even need to be brought up again,” he said.

Kodner also believes the departure of Rabbi Mordecai Miller as BSKI’s senior rabbi after 21 years, announced last week, may also affect the content of the talks.

“To paraphrase the real estate industry, in my opinion, it’s going to come down to location, location, location,” said Kodner, who will serve on the klei kodesh/personnel committee, “because now there is no [rabbinic] discussion anymore with Rabbi Miller leaving. The only thing left to talk about is the location aspect of it.”

Miller will continue to have a relationship with BSKI, possibly providing services for lifecycle events or doing scholar-in-residence educational programming. He has also been honored with the title rabbi emeritus in recognition of his time with the synagogue.

Kodner’s older brother Gary, immediate past president of the Shaare Zedek board, said he was glad the synagogues are looking into the possibility of some form of collaboration. He also felt the more rigid timeline will provide a good environment for discussions to proceed.

“That gives it a little bit of a sense of urgency,” said Gary Kodner who, with his sibling, helped spearhead the drive to merge last time. “If it is open-ended, then I think people will just continue to kick the can down the road.”

Gary Kodner said he couldn’t predict what would happen but felt there was a clearer mandate to move forward than had existed before. He noted that discussions over mergers and collaborative efforts were happening nationwide as Jewish populations shrink and the next generation appears less able to give due to economic stress.

He warned there is not any single “magic bullet” solution that will come out of nowhere.

“In reality, that’s not going to happen,” Gary Kodner said. “You need a new model. We just can’t afford the amount of infrastructure we have in this community for the amount of people that it’s going to serve in the future.”

Both Cort and Shenker stressed that last week’s action isn’t a vote to merge but rather a decision to create a plan.

They are discussions to hammer out details one way or the other,” Cort said. “There could never be an official merger without approval from the congregation.”

Shenker echoed those sentiments saying that, just as with BSKI, a full ballot of members would be required before any joining.

“All this was, was a vote to enter serious discussions and try to work out as many of the possible details and points of contention as we can,” he said. “This was not a vote to merge. That vote may be taken, we hope, by the first of September.”

Both presidents promised a fair, transparent process in which members would be kept regularly informed. A letter went out to congregants on Monday to let them know of the decision.

Merger conversations have rippled through the area among various synagogues in recent years. Temple Israel, Temple Emanuel and United Hebrew Congregation have all engaged in such talks since 2008 but none have resulted in a joining. The last successful temple merger in the area was in 2006 when two Orthodox congregations, Beth Hamedrosh Hagodol and Shaarei Chesed, joined to form the U. City Shul.

BSKI and Shaare Zedek are the two smaller of three Conservative congregations in the area. The largest is Congregation B’nai Amoona.