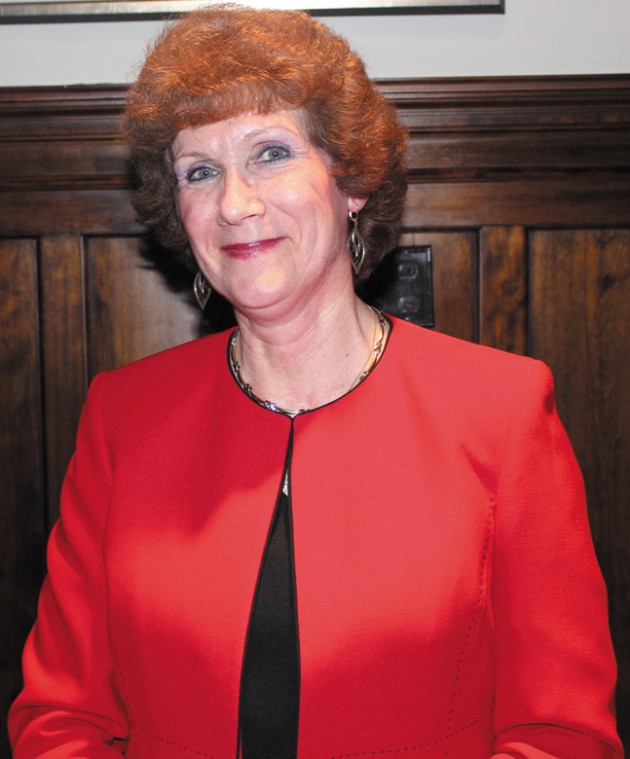 By Lena Fish, Special to the Jewish Light

Almost all new Americans have some amusing stories about the time when they first immigrated to the United States.  Mastering the English language is a common theme in the anecdotes Yeva Golynskaya tells, which is ironic when you think about it since in 2010 she was presented with the St. Louis School District’s World Languages Teacher of the Year Award.

In 1994, shortly after arriving in St. Louis from Minsk, Belorussia, Golynskaya got a part-time job in a small bookstore. One evening, right before closing, a customer rushed into the shop. “I need a rubber band,” he told Golynskaya. “And who is its author?” she asked in confusion. Even now, 17 years later, the memory brings an embarrassing smile to her face.

Nevertheless, language difficulties would not stop Golynskaya from securing her dream job as a teacher. “I consider myself very lucky in finding a good teaching post; in a sense the job found me, and not vice versa” she explained. “You see, in November of 1994 I got a phone call that the St. Louis School District was looking for a German teacher with a Russian background.  It was a good match.”

Golynskaya earned her teaching degree in German while still in Minsk. Then she worked with German charitable organizations bringing Chernobyl children—around 300 groups—to summer camps in Germany.

After Golynskaya was hired to teach German at Ralph Bunche International Studies Middle School, the St. Louis district gave her two years to get certified here. Golynskaya had passed the required test in German admirably. But her teaching diploma from Minsk was in German only, so her native language became an issue.

As a result, Golynskaya had to take graduate-level education courses in Russian history, literature, language and more at Washington University, which was not an easy task, especially for a new immigrant. But she successfully completed the program, which enabled her to teach both German and Russian in grades kindergarten through 12. Interestingly, teaching Russian was more challenging than German, she said. “There were almost no good text books or materials for the Russian language.  Sometimes I felt that I needed to take time off from work to write a Russian language textbook.”

Michelle McDaniel, principal at the Bunche International middle school, said, “Ms. Golynskaya displays a solid understanding of the different approaches to learning, so that her lessons respond to different learning styles, modalities and abilities. Her lessons are vivid, interactive, and convey high expectations for student achievement.”

To make learning a foreign language and culture exciting, Golynskaya has students role-play and uses educational games. She also isn’t afraid to keep challenging herself. Before the start of this current school year, she learned she had been assigned to teach at Dewey Elementary School. Of course, changing schools and moving around the district had happened five or six times before during the past 17 years of her career, but previously her students were in middle and high school, not elementary.

Once again, Golynskaya rose to the challenge and created new teaching materials at the elementary level.

“We just started a unit on colors, so my students will use these paper strips to identify different colors and name them in German,” she explained while showing me around her classroom. “But the problem I face now is that some of my pre-K and first graders don’t write or read in English yet. As a result, I have to introduce some new visual and musical media to accomplish my educational task.”

Her methods and techniques seem to be working because her students give her high marks. “Frau Yeva is the best German teacher we ever had,” said a very enthusiastic Katarina Lopez. “My parents are from Guatemala. So, I like to learn about different cultures very much.”

Third-grader William Mennerick feels quite passionate about his family history, too.   “My mom is part German, part Ukrainian, and my dad is Irish. Also, one of my great grandfathers was Jewish and fled Germany because of the Holocaust.  I like to study German because of my ancestors,” he said proudly.

“When we learned about the Oktoberfest, Frau Yeva brought to the class her German mug collection. It was very interesting to see the old and modern work of German craftsmen,” William added.

Damara Batteast, wearing a crown on her head in celebration of her eighth birthday, couldn’t wait to demonstrate her knowledge for a classroom visitor.  “Don’t you know that Germans read numbers backwards? For example, to say 42 you should start with ‘two’ (zwei) then goes ‘and’ (und) and at the end ‘forty’ (vierzig).” Damara’s face glowed. Obviously, she had grasped the concept. Observing the visitor’s amazement, William explained, “To make German language easier for us, Frau Yeva taught us about cognates. These words sound almost the same, as in English: warm (warm in German, too) or wind (wind).”

When she is not teaching, Golynskaya likes to quilt. “My interest in quilting started when we moved into our own house. It felt so roomy and empty that I wanted to make it cozy by covering the living room floor with a simple hand-made rug.  Later I took a few classes in quilting and that became my true avocation.”

Indeed, all of the rooms in Golynskaya’s home are decorated with amazing quilts: some traditional American, a few with photo-print textile made from Golynskaya’s family trips to Alaska and the Baltic States, and a quilt in the complex Bargello technique.

“I enjoy making quilts for presents to my friends and colleagues,” she said. “But there is always too little time. So mainly I quilt while waiting in the doctor’s office or in the airport.”

Two pieces, though, still wait to be completed. “I’ve made chuppa covers for both of my sons’ weddings.  Later their friends wrote wishes for the newlyweds on small pieces of fabric that I want to embroider and add to their chuppa covers… Oh well, it is such an elaborate work, that it may end up being finished only after my retirement,” she laughs.

Golynskaya and her husband, Vladimir Golynskiy, live in Creve Coeur and are active members of Neve Shalom Congregation, where Vladimir is treasurer.  He works as a scientist in biopharmaceutical industry.

The two are also both active in bringing performing artists from Russia to St. Louis.