Before Cardinal Nation judges the Arozarena trade, see what Matthew Liberatore has to offer 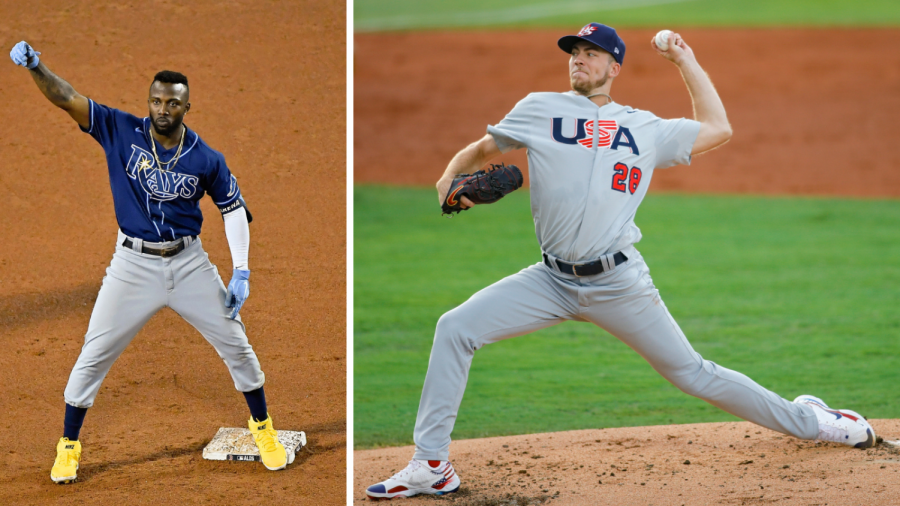 Sometimes, it can be hard for sports fans to see the forest through the trees. This happens a lot in baseball, where every team carries multiple farm system squads that filter young players to the big league club. Before a guy can even make a name for himself, the couch GMs deem him golden and untouchable. So, when the player is traded away too soon and flourishes elsewhere, a dumpster fire ensues. All the while, they forget about what their team acquired for the breakout player.

Case in point: Randy Arozarena and Matthew Liberatore. The former was an outfield prospect for the St. Louis Cardinals who was traded to the Tampa Bay Rays in January 2020 for a package including Tampa Bay’s top pitching prospect at the time: Liberatore. At the time, Cardinal Nation was more saddened by the loss of super-utility bat Jose Martinez, a decent-hitting yet defensively challenged player who didn’t find his MLB calling until after 3,000+ at-bats in the minor leagues. Arozarena’s success in last year’s postseason triggered a much-different response, one screaming about a lost outfielder who could have helped the Cardinals.

Ladies and gentlemen, trades don’t get graded right away because they take time to determine which team got the better part of the deal. At the moment, the Rays — who were eliminated Monday night by the Boston Red Sox — are winning the trade. Martinez was eventually sent packing and joined the Chicago Cubs, but Arozarena has made a real dent in his short time in the American League. While a solid 2021 regular season that produced 3.3 fWAR (wins above replacement) and a slash line of .274/.356/.459 to go with 20 home runs, it’s the postseason where he’s already crafted a legend.

In 96 at-bats covering 29 games in the playoffs, Arozarena has cracked 11 home runs with an OPS of 1.197, which is a ridiculously impressive stat. He’s stolen home more than once, and showed the passion of a veteran ballplayer while on the biggest stage. But one guy doesn’t win baseball games. Just ask Randy, who will now join the Cardinals on the sofa watching the rest of the playoffs unfold. The Rays were primed to go deep into October, picked by many to win the ultimate prize before a postseason pitch was thrown. Arozarena wasn’t enough in the end, so stop crying about him not being a Cardinal and just appreciate a young player finding his way.

Also keep in mind Liberatore is coming off a very impressive season with the Memphis Redbirds, posting a 4.04 ERA with 123 strikeouts in 124+ innings. While the earned run average isn’t great, it’s just fine for a guy pitching in an offense-heavy minor league circuit. Oh, and Liberatore is just 21 years old.

Drafted 16th overall in the 2018 MLB Draft, Liberatore is the Cardinals’ top pitching prospect and No. 2 overall (behind infielder Nolan Gorman) in the organization. Fans were calling for his services during the Cardinals’ September surge, and there’s good reason. He had an up-and-down beginning to the season, but posted ERAs of 2.83 and 2.84 in the final two months of Memphis’ season.

In his weekly chat, St. Louis Post-Dispatch reporter Derrick Goold answered a question about Liberatore that should create some excitement. Asked if the southpaw was progressing slower than expected, Goold assured that the path to the Majors hasn’t been disturbed or rewritten by the team; patience is key and timing is everything when it comes to young pitchers.

“Not at all. Right on target,” Goold noted about Liberatore in the chat. “High school pitcher. Did well at Class AAA. He was six years younger than the average age at his level. Six years.”

In a nutshell, Liberatore is already way ahead of the curve. He didn’t bother with college, and is on his way to becoming a vital part of the future rotation for the Cardinals, one that could begin next year if the CBA negotiations don’t chew off too much of the regular season if they happen to disagree on terms (hint: they will). According to MLB.com prospect rankings, Liberatore has three potentially-above-average pitches — including a four-seam fastball that reaches 95-96 mph with a curveball that bites down in the lower 70s and has 12-6 movement. This is where I remind you that he’s just 21 years of age.

Would Liberatore have found a way to get the Dodgers out last Wednesday in the wildcard game? Possibly, but keeping him set for 2022 is still the smarter play. Standing at 6-foot-4 with breaking pitches to match his heater, projectors should pencil him in as a top rotation threat and not just another arm to slot in at the backend. Meanwhile, Fangraphs projections have Arozarena putting up another .822 OPS and 2.3 fWAR in 2022. Thankfully, all three Cardinals outfielders — including Harrison Bader, who’s been great at the plate the past two seasons — could put up those numbers too.

For me, complaining about Arozarena being gone was fitting a year ago. The Cards were washed out of the postseason by San Diego, and their exported outfielder was winning key games for Tampa Bay. More importantly, St. Louis’ outfield was weak and in shambles. Dexter Fowler had another disappointing season, and Tyler O’Neill didn’t go berserk at the plate. 2021 saw that dynamic shift, with all three Cardinals outfielders putting up solid stats. O’Neill’s 5.4 fWAR bested Arozarena’s regular season mark, while Bader’s 3.4 fWAR and Dylan Carlson’s 2.8 fWAR weren’t too shabby either.

One could argue Arozarena could help the Cardinals, but I hope they wouldn’t believe so enough to trade his services right now in left field for O’Neill’s. No thanks.

It’s easy to miss the big picture as a sports fan. All fans can see is what’s in front of them, but they should keep an eye on what’s coming. Before we deem the Arozarena trade a loss, wait and see what Matthew Liberatore has in store.