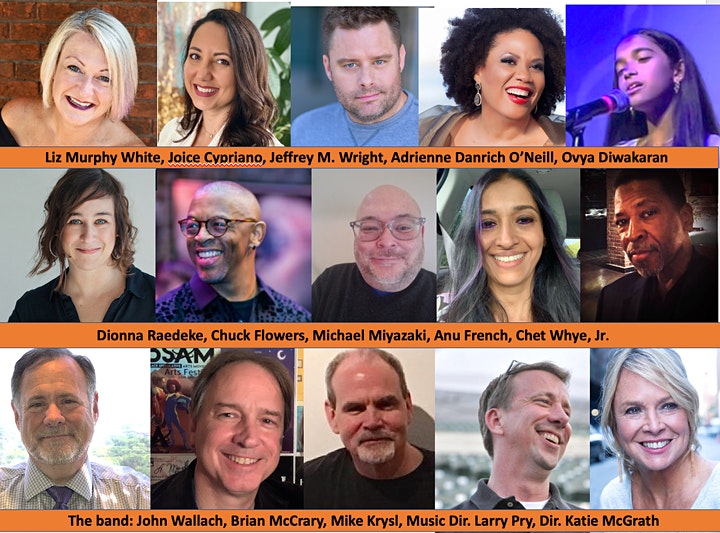 It’s not a secret that St. Louis as well as the United States, has experienced an increase in race and religion-based domestic hate crimes in recent years. Incidents such as the death of George Floyd spurred massive, worldwide reactions, while other incidents occur, daily all around us.

What we do about it, as individuals is up to us.

Doing something about it is exactly what UPRISING: the Songs of Slaves and Immigrants is all about.

A musical response to the violence.

“Our purpose is to recognize and celebrate the origins of all Americans by featuring a deliberately diverse group of artists to share stories of how their ancestors came from somewhere else,” wrote Katie McGrath, the show’s director in a release. “Some arrived in chains on slave ships, some via chain migration, some fleeing hunger or religious persecution. We belong here, and we belong to each other.”

This is the fifth in a series produced in NYC and St. Louis by Immigrant Song, a 501c3 non-profit organization.

The hope behind the show is that the audience will realize the healing power of music. “One heart at a time and these singers are ready for a peaceful UPRISING with Pop, Jazz, Soul, Gospel, Folk, Rock and poetry to infuse our stories in a concert that is raucous, tender, bold and hopeful,” wrote McGrath.

Wallach, a member of Central Reform Congregation is a lawyer by day and a serious hobbyist on bass, playing with several local bands, and has been active in the local music scene for years.

“I’m proud to be a part of this effort because of the unique performances. It’s not just one band, but a diverse range of performers creating something new with each song,” said Wallach. “The show is called UPRISING, not because we’re rising up in a negative way, but because not everyone came here as a volunteer immigrant. The name is about the different circumstances that people came here. Acknowledging the stories that got you here.”

On the invitation to the show, it says:

Our mission is to recognize and celebrate the origins of all Americans by featuring a deliberately diverse group of artists from every continent to share their views on how their ancestors came from somewhere else. Some arrived in chains on slave ships, some via chain migration, some fleeing hunger or religious persecution. And here we are now.

UPRISING: the Songs of Slaves and Immigrants is Saturday, October 30th from 7 to 8:30 p.m. at the Ethical Society of St. Louis, located at 9001 Clayton Road. You can purchase tickets online and check out the event’s COVID policy.