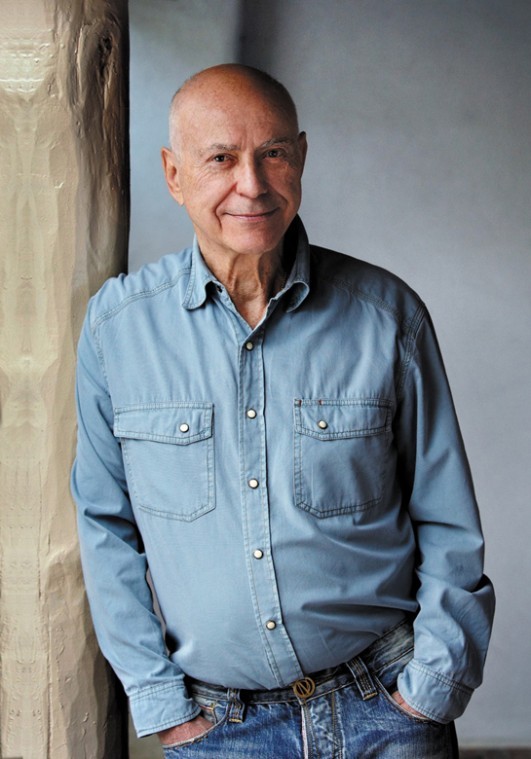 Actor, director, producer and book author Alan Arkin will serve as the keynote speaker for the 2011 Jewish Book Festival, which will run Nov. 6 through 16. For its 33rd season, the festival will feature authors, activists, scholars and comedians from far and wide – and closer to home, as well.

Arkin, who lives in New Mexico, will speak at 7 p.m. Nov. 6 at the Jewish Community Center’s Staenberg Family Complex, 2 Millstone Campus Drive in Creve Coeur. “We could not be more excited about this year’s keynote speaker,” said Marcia Evers Levy, director of the festival.

At age 5, Arkin told his father he planned to be an actor. To date, Arkin has appeared in more than 80 films and has written nine books. In his latest, “An Improvised Life: A Memoir” (Da Capo Press), Arkin, now 77, reveals what his career on stage and in film has taught him about acting and about life.

Arkin is best known for his starring roles in “The Russians Are Coming, the Russians Are Coming,” “The Heart Is a Lonely Hunter,” “Catch-22,” “The In-Laws,” “Edward Scissorhands,” “Glengarry Glen Ross,” “Marley & Me” and “Little Miss Sunshine,” for which he won an Academy Award for Best Supporting Actor in 2007. He has also won Tony and Emmy awards. In the 1950s, he appeared with the Compass Players in St. Louis and then went on to become one of the first members of Second City in Chicago.

Other highlights of the 11-day event include:

• an interfaith program with Steve and Cokie Roberts

• an evening with comedian Joel Dovev

As part of “Missouri’s Own Program,” the festival will feature cookbook authors Jon Harris and Ari Axelbaum, Ellie S. Grossman (author of “The Mishegas of Motherhood”) and Charlene Bry, who penned “Ladue Found.”

Each author presentation will be followed by a question-and-answer session. Books are available at the festival bookstore, and the authors stay afterwards to sign copies.

A festival brochure will be available at the end of September. Meanwhile, go to www.stljewishbookfestival.org for more information on authors taking part and on ticket venues. Tickets may be purchased individually for each program or as a package that permits access to all events. For more information, call 314-442-3299 or see www.brownpapertickets.com. Currently, Series Tickets and Series PLUS Tickets are available.