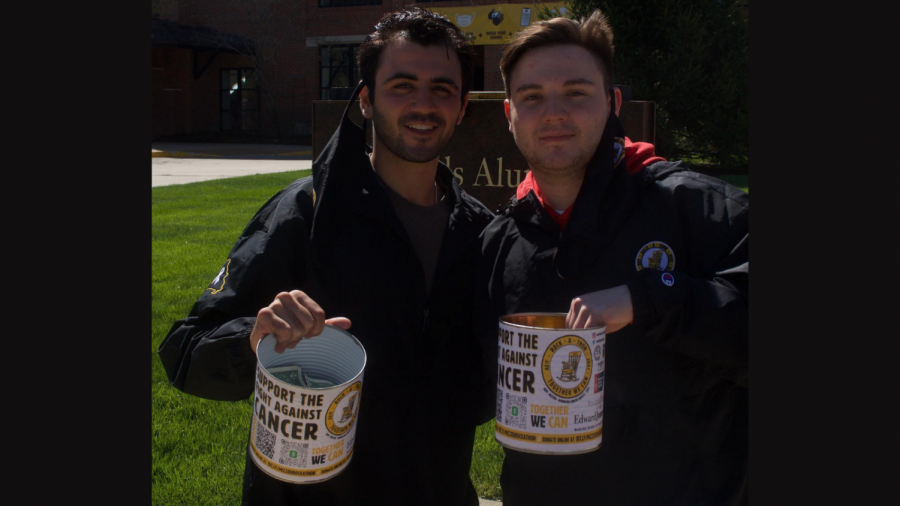 This past weekend, members of Alpha Epsilon Pi (AEPi) Fraternity at the University of Missouri-Columbia participated in their biennial philanthropy, Rock-A-Thon, where one member is designated to rock in a rocking chair for 62 straight hours. All other members take to the streets of Columbia to collect donations in cans, with all proceeds going to the American Cancer Society.

Despite hurdles navigating this event due to the ongoing pandemic, the Jewish fraternity raised over $180,000, breaking its previous record by more than $50,000 and reclaiming its spot as the largest single-chapter philanthropy on an American college campus.

After spending the entire weekend out on the streets collecting donations, most days lasting from 7:30 a.m. to 1:30 a.m., the members of AEPi had something to celebrate when the final, record-breaking number was announced.

“Everything that could’ve went right this weekend went right,” said Noah Prelutsky, one of the chairmen of the event. “Everything that went wrong, ended up going right for us, too. The brothers of this house deserve all the credit. They canned their butts off, and despite the hurdles of the pandemic, were able to come up with creative ideas to spread the word.”

Some of these ideas included setting up stations where fraternity members would get pelted with various foods (for a small fee), fun games to encourage donations and just an overall positive attitude that radiated throughout the college town.

“I’ve truly never seen a bigger group of individuals so eager just to make a difference,” said Jacob Resnick, another Rock-a-thon chairman. “These guys care so much about an event that goes on for three days, every two years. Every time I think about it, I get chills.”

Despite the tremendous amount of money raised, the true essence of the event was to spread the word about cancer, cancer research and the American Cancer Society.

Though group members can hold their heads high making a huge difference, the true mission was to continue to preach that cancer is still a deadly disease and a cure needs to be found.

“When we found out and broke the record, we said to ourselves that it’s not about the number,” said fellow chairman Evan Mack. “We said the same thing when COVID started. It wasn’t about breaking the record, after we found out we did. No matter what happened, it was about the good that we were doing.”

Though celebrations are in order, and deservedly so, the group is already laying the groundwork for the next event, and their minds are already set on breaking another record.

“We can take so much from this past weekend to use for the future,” said Prelutsky. “That’s what makes this event so awesome, is continuing the tradition of passing this on for generations to come.”