5 ways the St. Louis Cardinals regained control of their season 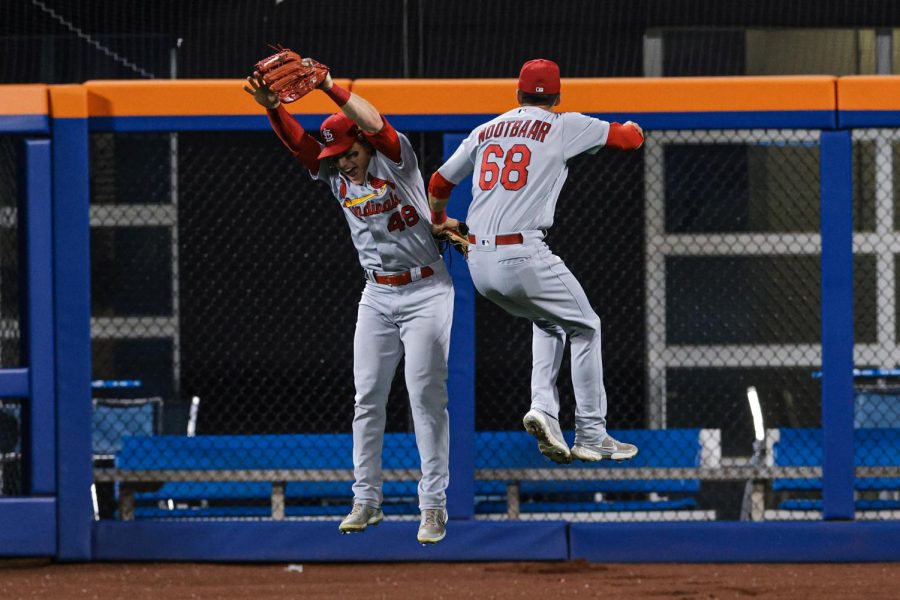 They say pitching wins championships in the Major Leagues; they are not wrong.

The St. Louis Cardinals have thrived on that model for quite some time now, ever since Albert Pujols and Tony La Russa packed up their things and left town. It hasn’t always worked to perfection or produced playoff activity, but it’s a reliable engine for President of Baseball Operations John Mozeliak and General Manager Michael Girsch to rely on.

Think about the 2021 season. Everything truly went haywire when Jack Flaherty was placed on the Injured List on June 1 with a strained left oblique muscle. It continued to spin out of control when Miles Mikolas made a short comeback before returning to the Injured List around the same time. Carlos Martinez entered the year as a wild card but disappeared after a poor performance and injury.

Couple that with a largely disappointing offense and some inane managerial decisions by Mike Shildt, along with some low-hanging fruit acquisitions by the front office–and you have the makings of a rough year. But suddenly, the Cardinals have strung together more than a week or two of strong play, barging their way into the wildcard race here in September as the final two weeks of the regular season prepare to launch. As the Birds welcome the San Diego Padres into Busch Stadium, let’s look at five ways St. Louis took back control of their season.

According to his career stats, the Gold Glove first baseman doesn’t think the regular season starts until June, because that’s when his bat starts to go to work on pitchers. Goldschmidt’s 2021 is indeed a tale of two hitters, with the first half bearing the results of an over-the-hill former All Star and the second half reminding people why Bill DeWitt Jr. gave him a five-year contract extension to a guy over 30. He slashed .265/.335/.432 (batting average, on-base, slugging percentage) at the plate before the All-Star Break. After the break, he has slashed .324/.396/.590. He smashed 13 homers in 88 games and has responded with 13 more in the 54 games since.

This is a big deal for the Cards. A rollicking Goldy helps when Nolan Arenado or Tyler O’Neill goes through a rough patch at the plate. Goldschmidt is the hitter you should think of when assuring other fans that patience is required. He’s slugged 30 doubles, 157 hits, and walked 61 times. A healthy hitting “Goldy” helps extend the lineup, big time.

Here’s the thing. Without Wainwright’s brilliant performance this season, the Cardinals are buried three or four teams down in the wildcard standings. He’s been the one constant this year, composing his best-earned run average (ERA) in seven years and throwing 190.1 innings. When Flaherty went down, Wainwright stepped up in a big way. Along with being the best teammate someone could ask for, he’s the same old bulldog on the mound, using pitching sense instead of overpowering stuff to get hitters out at age 40.

He will get Cy Young award votes. The most impressive stat, though, is the 3.63 strikeouts-to-walks ratio–especially on a team that walks too many.

For years, the Cards wondered what they had in the muscle-bound Canadian slugger who either couldn’t stay healthy or find enough playing time to make a dent. Suffice to say, 2021 has provided an answer: O’Neill is in fact the real deal. He won a Gold Glove last year but disappointed at the plate, striking out six times for every homer he hit. This season has seen him step into a cleanup spot role, hitting between Goldschmidt and Arenado.

After collecting 21 home runs in his first career 171 games, he’s bashed 26 this year in just 121 games. Throw in a team-leading .876 OPS (OBP+SLUG %) along with some of the best speed in the majors and stellar defense, and you have a guy making league minimum to put up big stick type numbers. Like Goldschmidt, it just extends the lineup even further, making pitchers and managers double-down on their matchup choices. Can he do it again next year? When I see him punching teams early and late, I believe the answer is yes.

The Cardinals currently lead the Major Leagues in defensive runs saved, with centerfielder Harrison Bader leading the way with 16 DRS. That’s a pitcher’s best friend: knowing a defense can make the plays and even steal a few hits or runs away from the opposition. Remember a few years ago when they led the league in errors? Times have changed. If there’s one good element noticeable in Shildt’s managing career, it’s the world class defense his teams provide.

It starts with Arenado’s eight Gold Gloves at third and Goldschmidt’s three at first. O’Neill, Bader, and Dylan Carlson provide a steel trap in the outfield, while backups like Tommy Edman and Lars Nootbaar give the team an extra edge. When you have good defense, it gives your team a worthy edge in late, close games.

I’m talking about Luis Garica, the hard-throwing righty who came to town with a troubling pitching record but turned into a force of nature under the guidance of pitching coach Mike Maddux. Look at T.J. McFarland, who has helped anchor the bridge innings between the starter and closer. He came to town as another question mark but has improved his fielding independent pitching (FIP) from 6.34 with Oakland last year to 3.64 with St. Louis this season. Those two take pressure off Alex Reyes and Giovanny Gallegos, who are still effective yet worn down by the endless pressure innings stacked on their shoulders all year.

You also can’t overlook Jon Lester and J.A. Happ: The two players Mozeliak acquired at the deadline left Cardinal Nation scratching their heads. You could say the headache went away. Lester, the former Cub and Red Sox pitcher who opposed St. Louis for years, has lowered his ERA from 5.02 with Washington to 4.04 with the Cards while giving them 50 innings. He’s only gotten better with each start. Happ compiled a 6.77 ERA (that’s awful) with Minnesota, but in eight starts has pitched to a 4.08 ERA with St. Louis. Together, they also helped ease the tension off younger, raw arms of Johan Oviedo and Jake Woodford.

Along with a little surprise and some expected offensive performance, the Cardinals are back in the thick of the playoff race. After spending weeks being 3-5 games back of a wildcard berth-essentially a one game playoff to see who gets a series-St. Louis enters play with the Padres tonight a half game ahead of them. Last week, they had a 4% chance of making the postseason. Today, it’s over 40%.