Lifetime, Hallmark add a bit of Hanukkah in this year’s holiday-themed films 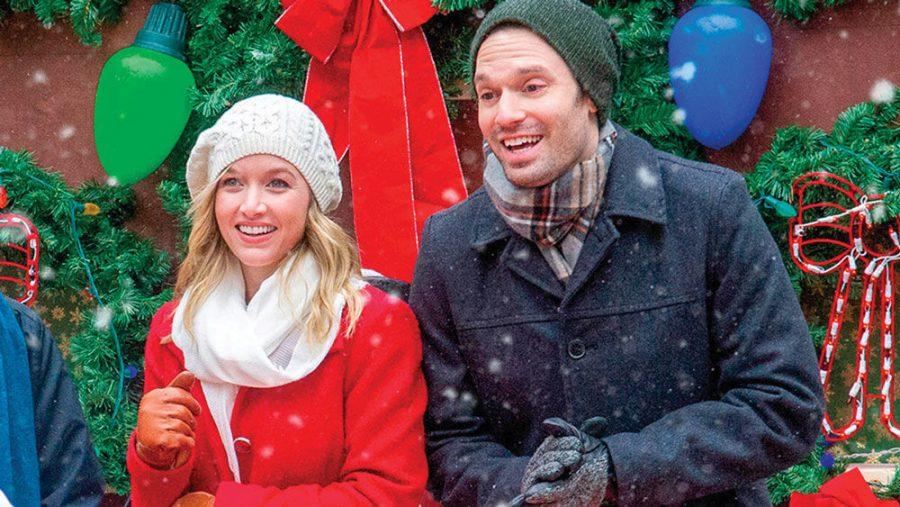 As I once confessed in this very space, I have a thing for cheesy, thoroughly predictable holiday-themed movies, especially the ones made for the Lifetime and Hallmark channels. Out of seasonal respect, I refuse to start watching these movies until Thanksgiving is over. But once the last dish is cleared of turkey and washed, I’m the one horizontal on the couch, blanket pulled to chin, absorbed in any one of these mindless affairs.

As it turns out, both Lifetime and Hallmark are adding films that include Hanukkah this year in an effort to be “more culturally diverse.” Lifetime is releasing 30 all-new holidays movies — 12 more than last year — one of which is “Mistletoe & Menorahs,” which premieres at 5 p.m. Saturday, Dec. 7.

According to promotional material, the story revolves around Christy (of course that’s her name), a determined toy company executive, who must learn about Hanukkah in a hurry in order to land a big account. So she enlists the help of her co-worker’s friend Jonathan, who happens to be Jewish and needs her help turning his bachelor pad into a Christmas Wonderland to impress his girlfriend’s father.

Not to be overshadowed, two of Hallmark’s 40 original holiday movies this year (spread over the Hallmark and its sister Hallmark Movies & Mysteries channel) feature Hanukkah in a supporting role. In “Holiday Date,” set to premiere at 7 p.m. Dec. 14, a woman who is dumped before Christmas hires an actor to play the role of her boyfriend for the holidays. She had described her ex-boyfriend as “Mr. Christmas” to her family and worries about keeping up the ruse when she discovers the actor is Jewish.

A week later, at 7 p.m. Dec. 21, “Double Holiday” centers on career-minded Rebecca (once again, of course) whose plans for Hanukkah don’t go as expected when a promotion opportunity comes up at work. When the company CEO asks her and her insufferable office mate, Chris (what the . . . ?) — also her main competitor for the promotion — to plan the company’s Christmas party, a clash of wills ensues.

As to how much any viewer actually learns about Hanukkah from these films is anyone’s guess, though I’m banking on not much. Then again, neither Lifetime nor Hallmark are looking to make feel-good holiday movies about religion, per se, but rather to use it as a backdrop to tell formulaic stories that end up with the female and male protagonists falling in love.

Both channels have come under fire from several media outlets because of their lack of onscreen diversity, not just when it comes to Jewish and African-American characters — of which there are scant few in starring roles — but also ones who are LGBTQ. None of the 70 new originals films on the two channels features a LGBTQ main character, though Lifetime has four movies where gay relationships figure into the storyline.

“We are continuing to expand our diversity,” Michelle Vicary, executive vice president of programming for Crown Media Family Networks, which owns Hallmark, said in a statement to TheWrap.com, a Hollywood media site focusing on the business of entertainment. “We are looking at pitches for LGBTQ movies…and we are looking to expand and represent the United States as a whole.”

In the meantime, you’ll find me on the couch hoping that Rebecca and Chris can work through their differences and find love and promotions. I’m banking on yes.