Funerals for victims of shooting in Toulouse, France 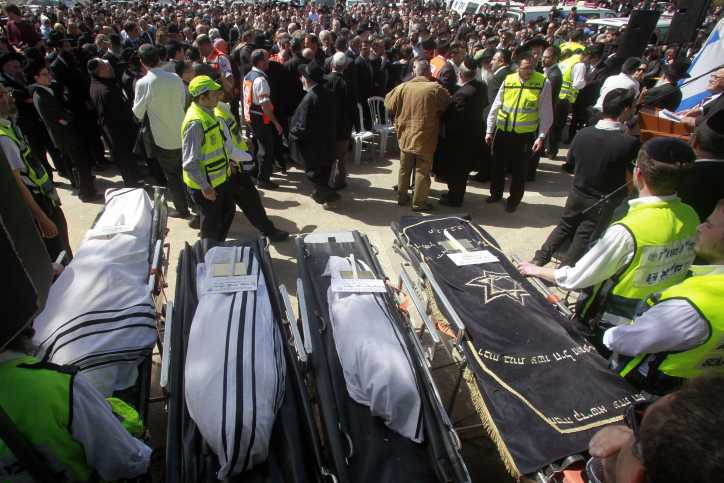 Mourners stand around the bodies of the victims of Monday’s shooting in Toulouse during their joint funeral service in Jerusalem March 21, 2012. A gunman, suspected of killing three children and a rabbi at a Jewish school in the name of al Qaeda, said on Wednesday he would hand himself over to police after an hours-long siege in which he wounded three officers. Photo by Uri Lenz/FLASH90/JTA