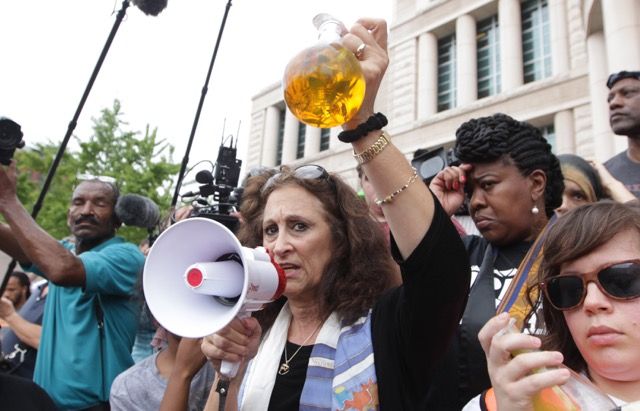 Rabbi Susan Talve talks to the crowds while holding oil in front of the Thomas F. Eagleton Federal Building in St. Louis on August 10, 2015. A group of about 200 protesters marched to the Federal Building as part of a day of disobedience held with the one year anniversary of the Michael Brown Jr. shooting death. The oil was for the protesters to anoint their hands as 57 were eventually arrested. Photo by Bill Greenblatt/UPI