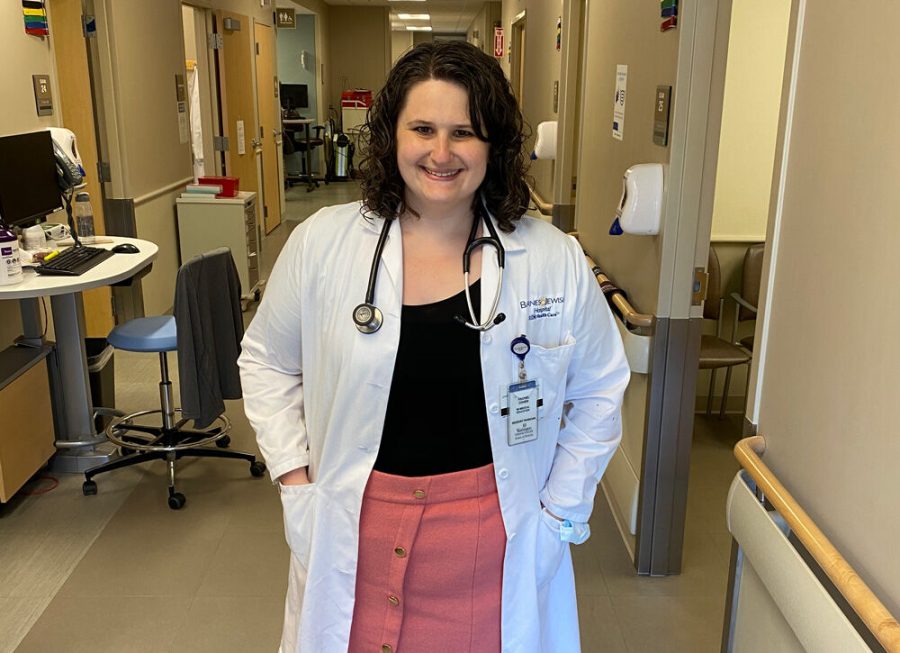 The Jewish thing to do

Medical school and then a residency in internal medicine at Washington University School of Medicine made it challenging for Dr. Rachel Cohen to get involved in much else beyond her career. But the brutal death of George Floyd during an arrest by the Minneapolis police got Cohen thinking about how she could get involved in addressing racial injustice and racism with her peers.

Her decision: Create a social justice book group for fellow residents, thinking a few of them might be interested in reading about and discussing the role doctors can play in the fight for racial equality. What she hadn’t banked on was the number who signed on.

“I thought I could get a few people to go down this journey with me,” said Cohen, 29, who grew up in St. Louis, attended Solomon Schechter Day School and Congregation B’nai Amoona. “I sent out a link and a form, and 55 people signed up. I’m really blown away by the response.”

The first book to be discussed is “White Fragility: Why It’s So Hard for White People to Talk About Racism” by sociologist Robin DiAngelo. Cohen said she found a suggested book list published by the Student National Medical Association (SNMA), which focuses on the needs and concerns of African American medical students in the United States.

Because of the large response to the club, Cohen enlisted help from some medical school faculty and trainees to serve as small-group facilitators, which she hopes will allow book group participants more of a chance to contribute their thoughts. All of the mini book clubs will be conducted online because of the coronavirus pandemic.

“We want everyone in the club to be able to weigh in, and we felt smaller groups were a better way to do that,” she said. “The SNMA list is for people who want to deepen their process of becoming a white ally. I felt their list was an appropriate way to start this book club.”

Cohen said that her passion for social justice grew out of her Jewish roots, to make the world a better place. Between graduate school and medical school, she did a yearlong stint with Avodah, a Jewish Americorp program that opened her up “to a world of social justice that since has been a driving force for me as a human being, both professionally and personally,” she said.

“Social justice is the work of tikkun olam. I believe that what I am doing is not only the right thing, but also the Jewish thing to do.”

Who doesn’t like a juicy, mouthwatering peach? Or a delicious ripe tomato paired with buffalo mozzarella and basil?

If it’s up to Dan Beckmann, every consumer will have access to the freshest, locally grown fruits and vegetables available rather than having to rely on produce shipped in from afar.

That’s why Beckmann, 40, who attended Washington University, helped start Foodshed.io, a mobile app connecting sustainable producers to local chefs, supermarkets and other food outlets with the hope that everyone can enjoy delicious, locally grown food.

“A lot of the produce you get in the supermarket was designed to be shipped over 1,500 miles,” he said. “So if you’re going to buy a tomato that was grown in Mexico, they often pick it before it’s ripe. It’s not unhealthy, but there’s an exchange that takes place. The more energy that’s put in making it safe for shipment and to stay longer on the shelves, the less flavor and nutrients are in there.”

Beckmann is working with Schnucks and about two dozen local farmers so that their fruits and vegetables are sold at the grocery chain, which has 112 stores in five states. Schnucks has committed the chain to spending millions of dollars on the food program, he said, which will result in produce that’s not only fresher, tastier and more nutritious, but also reasonably priced and more accessible than having to go to a farmers market or produce stand.

“The prices are the same as what a consumer would pay for the nonorganic, conventional produce,” Beckman said. “In theory, you would pay more for the local because it is better, but we want the produce to be in every location of Schnucks, and affordability is important.

“Environmentally, it makes sense, too. In light of COVID, our supply chain is safe. There are fewer people touching (the produce), and it’s being grown closer to home.”

Beckmann joked that the food business is in his DNA. His great uncles and their sons ran a kosher catering and butcher shop in St. Louis. His mother also grew up here.